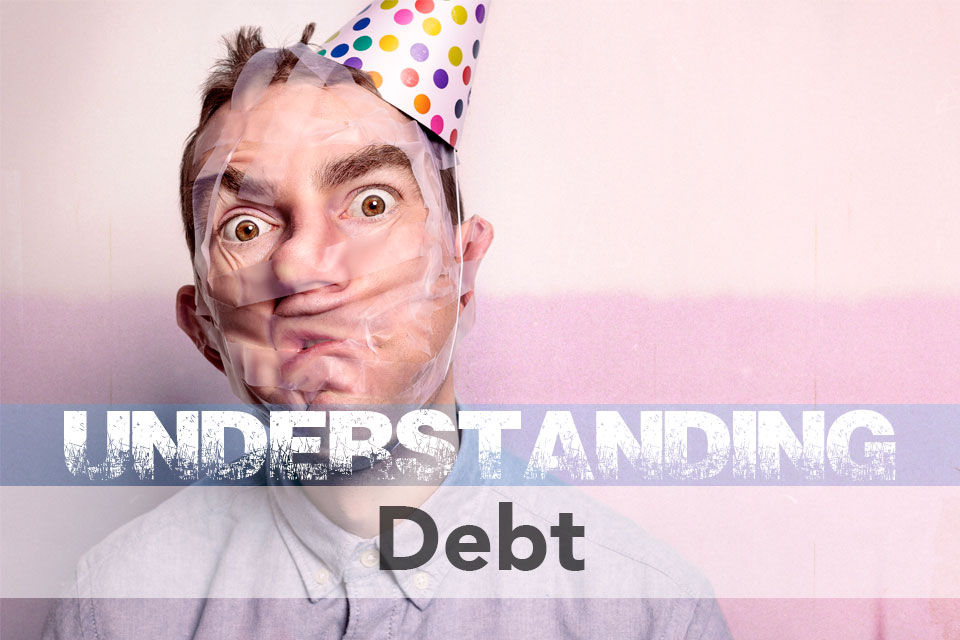 You’ve heard both extremes: “debt is a tool” and “debt is pure evil”.

I’m not that extreme, but I do lean towards the second option.

Yes, all reward has risk, but this one may not be worth it.

Let me clarify.  Here’s why I think debt is a bad idea and how it’s possible to live without debt…

Why Live Without Debt?

I’m not going to spend much time here.  It’s obvious that the less debt you have, the less stress you have.  I always hear things like “I would pay cash for a car if I had $30,000”.  You know how it goes.  Of course, that’s the wrong mindset.  You have to live within your means, and if you have to finance it, it’s not within your means.  It may just be hard for some people to admit what their means actually are.  So what about the different types of debt?  Are they all bad?

Pretty much everyone agrees that credit card and consumer debt is useless.  That is, carrying a balance from one month to the next, and therefore paying interest – very high interest.  That’s a bad idea.  If you use credit cards, pay them off every month.  If you have a history of not being responsible with credit cards, stop using them entirely.  You may want to read:

What about car loans?  Again, interest.  Even a very low interest rate will still mean that you pay more for the vehicle than you would otherwise.  And cars depreciate.  Never borrow money to buy something that depreciates.  We’ll talk in a moment about whether or not you should borrow on things that don’t depreciate, but definitely don’t do it for things that do.  If you just had to get that car loan, pay it off as fast as you can, or consider selling the car and buying something you can actually afford.  You may want to read:

Student loans are perfectly fine though, right?  Well yes, if by yes you mean “student loans might possibly be the downfall of our generation”.  Because that’s probably true.  They never go away, they are usually for very high amounts, and too often people don’t end up using the degree they paid for.  So for student loans, only get them if you refuse to work your way through college, you have an exact plan for how to use your degree and you are able to get an extremely low interest rate.  Because they never go away.  You may want to read:

Now for the big one (literally): mortgages.  This really is the big one, and because of that, you may want to do some further reading.  Here’s the deal: ideally, you should pay cash for your house, because with a mortgage, you usually pay two or three times as much for the house.  Depending on your area, it may even be better to rent.  If you do decide to buy a house, do this: 15 year or less mortgage, very low interest rate and don’t buy a bigger house than you need and can afford (if you can’t afford a 15 year mortgage, you can’t afford the house).  You may want to read:

How to Get Out of Debt

Yes it is very possible to live without debt.  You can pay it all off and stop borrowing money.  You just need a plan.

The very first step has nothing to do with the debt itself.  You have to actually organize your finances.  Yes, you need a budget.  If you hate budgets, you won’t always have to live with one, but while you’re paying off debt, it’s a must.  It’s as simple as tracking all your expenses for a month, and then determining how much money should go into each category.  Of course, since you’re getting out of debt, you’ll want to cut back on every other area until your debt is wiped away.  You can use an app like Goodbudget to sync your budget with your spouse’s phone – this way you can each enter every purchase in the app.  You may want to read:

Should you consolidate your debt?  It’s true, studies show that almost 90% of people who consolidate their debt don’t change their spending habits and end up accumulating even more debt with the freed up credit cards and debt accounts.  Obviously this would put you in a worse situation than you were in to start with.  However, if you’ve decided you hate debt and you’re determined to actually pay it off and never borrow again, you may want to consider doing a balance transfer to consolidate the debt to a smaller interest rate (ideally 0%).  Just know that if you use a credit card for this, there is usually a time limit on how long you have to pay off the balance transfer before you start accruing interest, and potentially very high interest at that.  You may want to read:

For consumer and credit card debt, there are two popular options, and it comes down to personal preference.  You have the debt snowball, which lines up your debt in order from smallest payment to largest.  You then put all of your extra money on the smallest payment until it’s paid off, then you move down the line.  You also have the debt avalanche, which is similar to the snowball, but you sort from highest interest rate to lowest.  If you like small wins and have a large amount of different debts, go with the snowball.  If you only have a few debts and you know you’re not going to give up and you don’t need the small wins, go with the avalanche.  You may want to read:

Getting out of debt is going to be weird.  It won’t seem natural, and it may not be socially acceptable.  Let’s face it, most people are in debt.  A lot of debt.  And most people have no care or plan to do anything about it.  That’s why you see so many people driving cars that cost more than their annual income.  $1,000 car payments have become normal.  Don’t be normal.  For the love of God, don’t be normal.  There’s nothing good about it.

How do you feel about debt?  Are you in debt or debt-free?