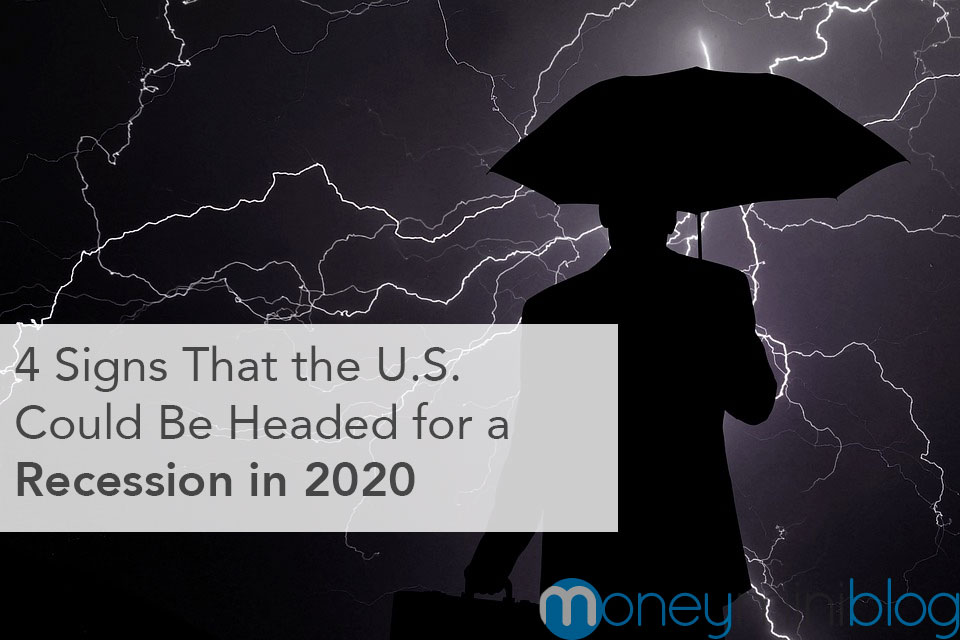 Note From Kalen: This article is for informational purposes only If you invest for the long term in index stock and bond funds, and you don’t freak out when the market drops, you’ll be fine. Trust me. That being said, this is interesting!

The United States remains in the midst of the longest peacetime expansion in modern history. The last time the country was officially in recession was June 2009, when the Great Recession officially ended. (For reference, here’s a list of all U.S. recessions since the Great Depression.)

The Great Recession was unusually severe and prolonged, at least as modern recessions go. But plenty of innovative American business executives ably rode out the carnage; the country’s financial system didn’t collapse or spiral into depression, as many feared at the time.

At the same time, the Great Recession made a real impression on those who endured it. Some have spent the past decade peering timidly around the corner for signs that another recession is upon us. Others take a more cavalier approach; they’ll know it when they see it, the thinking goes.

In either case, recessions always come, and it’s only a matter of time before the next one hits. Indeed, signs are mounting that one could come sooner rather than later. Here’s why many seasoned market observers believe we’ll see an official recession in 2020.

Forgive the jargon, but a 2/10 yield curve inversion is among the strongest forward-looking recession indicators.

China’s economic growth — historically, in the neighborhood of 7% to 10% annualized — makes the United States look geriatric by comparison, though it’s not really an apples-to-apples matchup.

Thanks in part to an ongoing trade war with the United States, China doesn’t look so hot these days. In recent months, economic data coming out of the Middle Kingdom has been downright underwhelming. And while that might be good news for fans of American manufacturing, it could have negative ramifications for the global economy.

3. The U.S. Budget Deficit Is Growing

The last time the U.S. budget deficit grew this rapidly was during the aftermath of the Great Recession, when Congress and the Obama administration pursued a massive stimulus program to juice private investment. The difference today: There’s no stimulus program, and the economy is (ostensibly) growing.

Now that Boris Johnson is in charge at 10 Downing Street, the prospect of a no-deal Brexit is very, very real. Indeed, it’s probably more likely than a comprehensive U.K.-E.U. treaty being agreed before Britain’s October 31 exit deadline. No one really knows what a no-deal Brexit might mean for the global economy, but few believe it’ll be a force for good.

Nothing is written. Although plenty of old market hands think it’s more likely than not that the United States will dip into recession by the fourth quarter of 2020, predictions can be — and often are — wrong. The country may yet muddle through, staying the slow-but-steady course of growth that we’ve seen more or less without interruption since mid-2009.

Unfortunately, we won’t know whether the pessimists are right until a recession is upon us. It’s difficult to prove a negative, after all. As average Americans, all we can do is continue working, saving, and waiting for whatever may come.