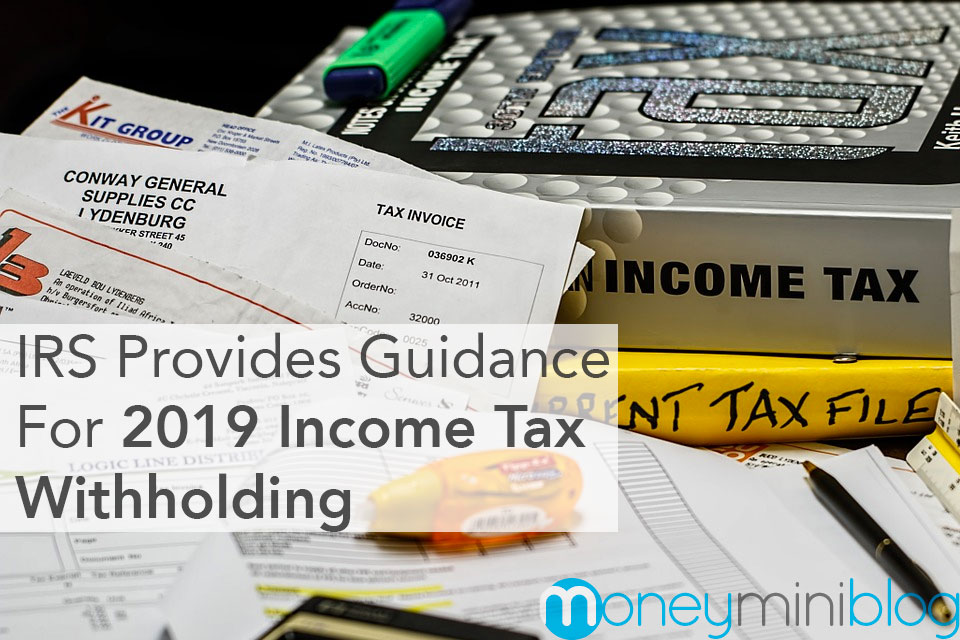 Income taxes account for about half of all federal revenue, which equates to roughly $1.68 trillion, while about one-third of federal earnings comes from payroll taxes, at approximately $1.23 trillion.

Each year, people struggle to handle their taxes for various reasons. Either they are confused about all the financial intricacies involved or they simply forget to get everything filed in time. Thankfully, the Internal Revenue Service (IRS) is providing some interim guidance on income tax withholding after it decided to postpone Form W-4 changes until 2020.

According to Accounting Today, the IRS, along with the Treasury Department, have decided to delay changes in the withholding form this year. Earlier this year, the IRS released a draft version of the new Form W-4, “Employee’s Withholding Allowance Certificate,” in the wake of the newly passed Tax Cuts and Jobs Act (TC and A Act). However, the draft was met with a wide array of criticisms from groups like the National Association of Enrolled Agents and the American Institute of CPAs. Those who apposed the draft stated that it created a substantial risk of under withholding, would require taxpayers to forecast a number of items that are traditionally difficult to predict, and raised various privacy concerns.

Additionally, Tax Foundation reports that throughout 2019, the income limit for all tax brackets and filers will be adjusted for inflation; resulting in a 37% income tax rate hitting Americans with taxable income of $510,300 and higher for single filers and $612,350 and higher for married couples filing jointly.

The IRS’s guidance program also asks for comments on some of the new withholding procedures, indicating that the IRS is planning additional regulations to update the withholding regulations to reflect the changes made by the TC and A Act.