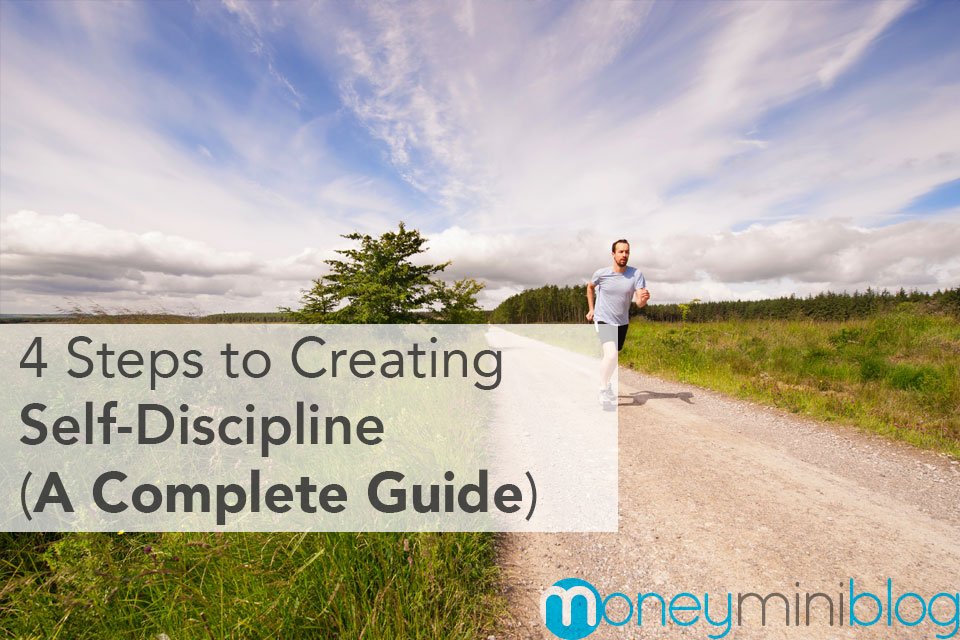 The following is an excerpt from the 2nd chapter of the new book I’m writing. I’d love to know what you think.

Strengthening your discipline muscle really can be compared to any other muscle.

You’ve got to work it out. And the first step is to find an area of your life that needs it the most.

Subscribe and get the ebook version to save for later. Oh yeah, and I'll also send you 7 more free books to download.

This is your discipline focus area.

You need to find something you can use to strengthen that muscle, and it’s not a bad idea to use an area you’re weak in.

Many people use the gym, running or some other form of physical exercise as their discipline catalyst.

When my wife and I got married, she had a pretty good idea of how to handle money. She had been through several finance classes and a few workbooks. I had not. I was too busy learning how to spend as much money as possible on one credit card without paying it off.

I knew the way I handled money was stressing her out, so I decided to use this as my first area to build discipline in.

Fast-forward a few years down the road, and we were completely debt-free (I say “we,” but all of the debt was really mine).

I don’t want to make it sound easy. It was a long painful journey, but it was worth it. You’ve got to go through the steps though, which leads me to the next step.

It’s not a quick process. As Dave Ramsey would say, “we’re in the business of crockpots, not microwaves.” That doesn’t mean that it’s going to take a decade, but you must be willing to give it enough time.

When I chose finances as my discipline catalyst, that meant a few things for me. First, I had to stop spending money on whatever I wanted whenever I wanted it – that good old American instant gratification. Then I had to stop eating out for every meal – I feel like there could be something here related to my being American as well. I also made the decision to cut up my credit cards and use cash for every purchase. And the final decision: I worked multiple jobs to pay off every bit of debt we owed, with the exception of our mortgage (we did, however, turn that into rental property).

This was also the start of my financial journey. I read over 200 books on personal finance within a few years, and that led to even more opportunities beyond simply paying off my own debt. I was able to help others do the same, and ultimately that’s what led to the start of my writing career.

It was like a snowball turning into an avalanche, and it all started with the decision to become more disciplined in my finances. However, it ultimately started with my decision to change, and my dedication to the process.

I want to point out one thing here. I chose finances for two reasons.

First, because I knew I needed to change my spending habits or we were going to be living in a van down by the river, trying to spear fish, like Tom Hanks did in the movie Cast Away, for dinner. I love Cast Away, but let’s be honest, I would starve to death before I was able to spear a fish.

Second, because I did have a really good work ethic when it came to my job. I didn’t do anything around the house, but I had a sense of pride in my job at the time, and I was good at making extra money, because I was so good at working.

Often, one area can have both of those qualities.

Step 3: Stay Dedicated to the Process

We all know that discipline requires dedication, and that’s really where the difficulty begins.

Whether you read the studies that show habits to take 21 days to form, or the studies that show habits to take three months to form, you know it takes a while. Generally, the first 10 days are really tough, and you have to push through. The next 10 days are easier, but you know that habit isn’t solid yet. The 10 days after that are the easiest of the first 30 days, and that lets you know you could really do this. So there you have it, wait at least 30 days before you can see the habit start to stick.

Honestly, even though it may seem hard, it’s not that tough to get out of bed and go for a morning run. Once. It’s building up your running habits and turning it into a regular thing that’s difficult.

You must stay dedicated to the process.

This lesson really sunk in while I was in Basic Training.

We were up well before 5:00am every day. Not five days a week, not every day except Sunday, but every single day. There was no going back to bed, or taking naps. There was no doing your own thing or having personal time. You’re on their time, all the time, for the entire time, which is over two months.

Looking back on it, I don’t think Basic Training was the hardest thing I’ve ever done, but it was tough, and it was tedious. I also don’t feel like I came out of Basic Training as a disciplined machine, but it did strengthen my discipline in many areas.

I’m not telling you all of this to say that I have everything figured out and my entire life is together; I’m telling you all of this to show that you can be really terrible at this discipline stuff and still manage to change your habits and obtain self-discipline. I don’t think anyone would have expected me to be where I am now if they knew me when I was in my late teens and early twenties.

That being said, I have learned one thing you don’t do if you want to build discipline: don’t do too much!

If you study discipline, you’ll find that almost everyone agrees on this point. You don’t want to try to build discipline in every area of your life at the same time.

Want to start 20 at the same time? Why do you hate yourself?

Start with one area, and add one area at a time. Slowly.

Here are some common areas for discipline growth:

Some people may need to improve exact opposites. Brenda may need to stop being lazy and find extra work to pay off debt, while Donnie may need to cut back at work and focus more on family.

We’re all different and our discipline can be built differently.

If you try to build discipline in too many areas, your willpower will fail you. Just like discipline, willpower is like a muscle, which means fatigue sets in. They’re almost the same muscle, but not quite. Discipline is about consistency over the long haul, while willpower is about each action you take. However, the energy to take action comes from the same place.

We’ve all seen the way people make changes in movies, and we try to replicate that.

Here’s how the typical movie goes:

The young man is picked on one time too many, so he decides he’s going to get in shape, lose weight, get stronger, or whatever the roles calls for. So the next morning, he’s up four hours earlier than normal for an intense workout that sparks a series of intense workouts, until he’s fighting like Rocky. Let’s not forget that he completely changed his diet to accommodate his new exercise routine. Just like that. Diet, exercise, and sleep routine: completely transformed.

The young man decides he wants to make a change, so he wakes up early the next morning, hits snooze a few times, and finally gets out of bed 30 minutes earlier than normal. He realizes he tried to change his routine by way too much, but he’s still somewhat motivated, so he heads downstairs and puts on his running shoes. Ten minutes into the workout, he realizes that it’s been two years since he’s run more than 20 steps, and his body starts hurting. Everything starts hurting. He then stops and starts walking… back to his house.

He gets back home and decides to try to keep this new routine going, so he makes a healthy breakfast. After eating some egg whites and broccoli, he realizes that he’s still hungry, since he did just run for the first time in two years, so he grabs the nearest box of Lucky Charms and has his way with it.

What happened there? Why did he seem to fail so badly and why does this sound so familiar? Because he tried to change too much at once, and he was out of willpower almost as soon as he started.

Hopefully this is really how the second story ended:

The young man realized he tried to change too much at once, started to learn more about discipline and willpower, and began making smaller changes. His next morning consisted of a two-minute run. He slowly increased his run time over the course of the next three months until he could run a 5K without stopping.

Happy now? I definitely feel better about his life.

This example may be a bit extreme, but it’s also real. Real people make decisions like that every day, because they were never properly taught how willpower works. You only have so much.