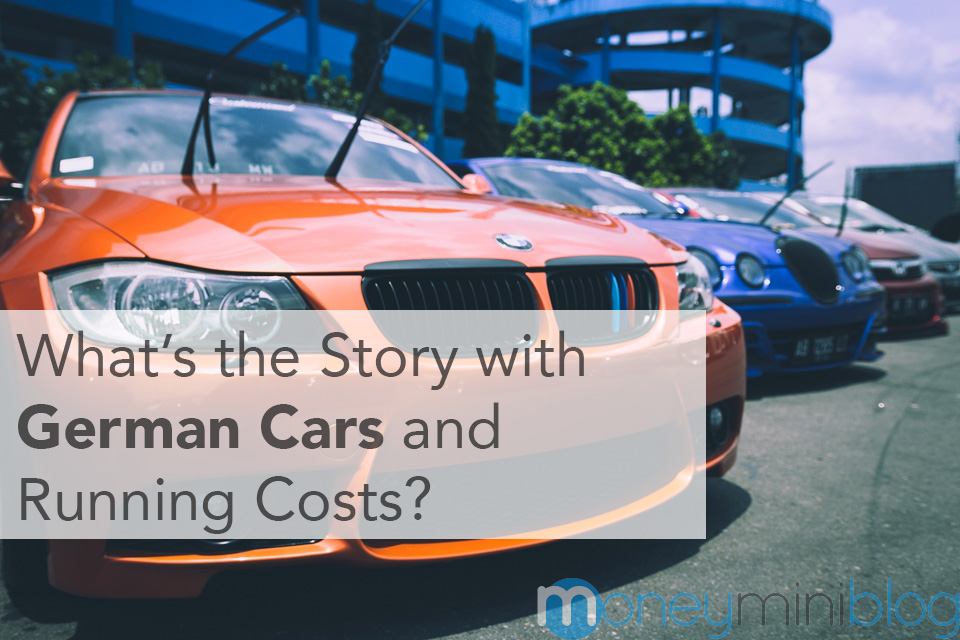 Note: This article applies to everyone, though it is directed towards UK readers. I didn’t want to brand it with “UK Readers” before the title, because everyone can get value from it.

This is a very big question and one that is fraught with rumour and as many variables as there are fans and haters put together.

Germans cars are known for reliability, driveability and luxury but they are also known for high running costs, expensive parts and overpriced dealer servicing among other things.

So before attempting to answer the “big” question its worth looking at what German cars mean to people and who they are for.

There is no doubt German marques are expensive, yes they do lower spec models that might just cross paths with a high end Ford or Vauxhall but ultimately they are high end cars for a high end market. As a simple example the Ford Fiesta costs between £10,345 and £22,615 on the road and the Audi A1 costs between £14,530 and £26,330.

This gap gets bigger as the car size increases with the Audi A4 starting at nearly £6,000 more than the Ford Mondeo but topping out at around £9,000 more for a top spec model. Buyers will certainly get some more luxurious touches when looking at buying a Mercedes, BMW or Audi but they are also going to be paying for that ethereal German quality and branding too.

This term is used more with German cars than any other make or model save perhaps the Caterham 7 and some other more obscure cars. The idea that makes like Mercedes and BMW offer a more connected and immersive driving experience is nothing new and there is some truth to it. This comes in no part from the fact that German manufacturers tend to favour rear wheel drive over the more common front wheel drive. This means they have a much bolder and solid driving feel with the potential to break traction with the rear wheel too.

However, they also tend to offer some very powerful versions of each model where many manufacturers would stop at a 2.0 4 cylinder petrol the Germans tend to push on a create V8 and V10 variants with huge amounts of power. These cars are popular with petrol heads and this kind of PR certainly helps perpetuate the “drivers car” label.

In terms of fuel economy German cars are as good if not better than many brands but as the engines get bigger the figures tend to tumble. To add to this the driving experience has been known to encourage a somewhat more enthusiastic driving style which is certainly not conducive to low fuel bills. Where things get a little more expensive is when it comes to servicing, repairs and parts.

As a general rule main dealerships tend to cost more than independent garages but no matter where the car is taken parts specific to Mercedes, BMW, Audi and the like are normally quite expensive. But which of the 3 cost more to run? Well there are always various studies going on and each brand will claim they are cheaper but a study in 2014 suggested Audi came out on top for servicing and repair costs with BMW next and the mighty Mercedes coming in as the most forge of the trio.

There is one thing that can be pretty much relied upon and that is buying a new German car will mean cheaper running costs than buying an old one. Sadly many people see a used BMW or Audi and think they will get the same legendary reliability the rumours suggest as a new car buyer and this is just not the case.

All cars need work eventually and the older the car and the more miles it has the more likely something will need replacing. The tragedy here is that the first 2 owners probably had a great time with the car even though they could probably afford to fix it.

This then leaves the person with the lowest budget in the cycle most likely to have to pay for expensive parts and repairs.

When it comes to the reality of maintaining a German car with money in mind the best bet is to look for a trusted independent garage rather than jump straight to a main dealership. Using one of the many garage guides out there like the one launched by the AA (https://garageguide.theaa.com/) will make it easy to find somewhere good and somewhere local.

It is also advisable that car owners know as much as they can about their car by looking at useful sites like Parkers (http://www.parkers.co.uk/car-specs/) where people can see the specs, common faults and all sorts of info about each make and model.

Well, the upshot is, German cars are clearly very good in the most part.

They offer lots of engine choice and a big range of powerful options as well as a great driving experience. They also carry with them a great deal of kudos in certain circles and this is not to be sniffed at. But cheap they are not; not to buy and not to run. Parts are expensive and some evidence suggests Audi are the most costly of the main 3 brands but don’t forget brands like Honda are not cheap to fix either.

Buying a very old Mercedes, for example, is likely to be a costly move so consider this path very carefully before thinking anyone can own a high end car because in some cases they simply cant. With a good garage costs can be kept as low as possible and knowledge about the car is important in this area too.

For many people there is no price on quality for others there simply has to be but there is no denying cost and quality are both on the higher end of things with German cars.