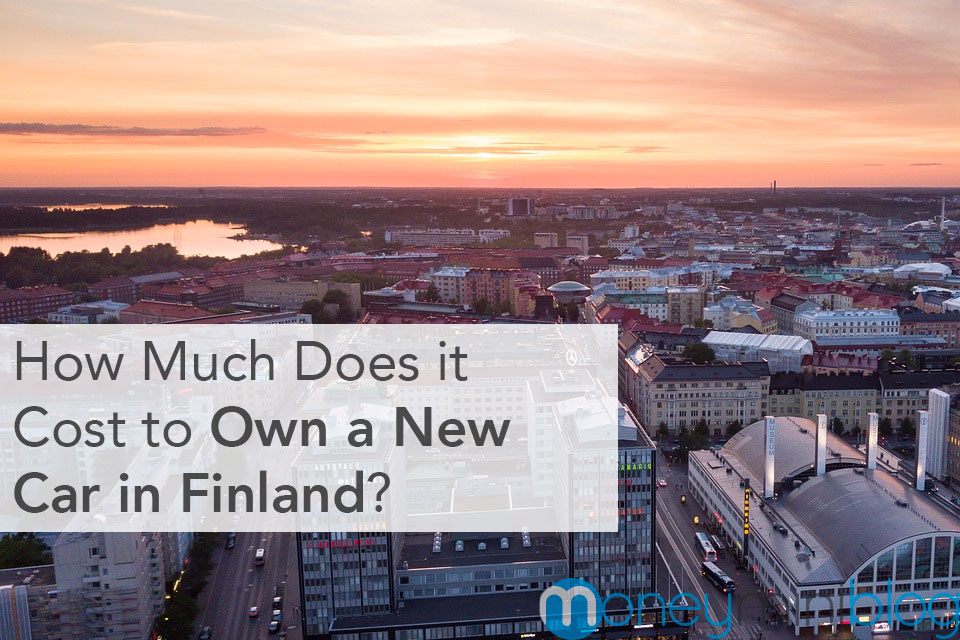 Car ownership rates seem to grow all over Europe. But in this article, we will be focusing on Finland, one of the few European states where new car ownership rates are predominant. The fact that Finnish citizens choose to own new cars, as opposed to used cars can be explained by a series of factors: first, the median wage is significantly higher than in other European countries. Second, the tax system in Finland applies drastic taxes on used cars. The older the car, the more the owner will pay in taxes.

Well, although the average earning in Finland is higher, it costs a LOT to have your own brand-new car. Several publications in the automotive field in Finland have done the math, and the numbers are staggering. The Finnish national public service media company Yle in collaboration with Automobile and Touring Club Finland (ATCF) figured out how high ownership and maintenance costs are, for a new car here.

To reach to the estimations described in this article, ATCF took into account the annual maintenance and use costs of vehicles evaluated at three different price ranges. The Club also took into account cars powered by different types of fuel, including electricity for hybrid models. The starting premise was that the average car in Finland is driven 20,000 kilometres yearly.

To determine the actual costs, the study takes into account several variables, like the usual vehicle tax, an extra tax specific to Finland under which are only the vehicles that don’t have a petrol engine, depreciation, as well as the usual car ownership costs.

One of the biggest costs identified by specialists was the depreciation rate. Obviously, once you purchase a vehicle, its value drops drastically. In terms of depreciation, car owners should take into account different variables, like the make and model of their vehicle, and the mileage. The Club also took into account variables like smoker/non-smoker vehicle to determine depreciation.

Let’s see what ATCF has found out in terms of new car ownership costs in Finland.

For under 20,000 euros, Finnish citizens can easily acquire a Seat Ibiza, with a sticker price of 17,800 euros, petrol version, and 19,900 euros diesel version. Before car depreciation, the ATCF estimated that the ownership and maintenance costs of this vehicle reached between a little below and above 3,000 euros, yearly. The monthly estimations vary between 250 and 280 euros.

When depreciation costs are taken into account, the sums are staggering. The expenses for cars older than five years, for vehicles in the most affordable class reached 25,000 euros, without the costs associated with fuel. Those add an extra 1,000 euros yearly.

However, these are only some estimations and the actual yearly costs of owning a vehicle in this class might depend on make, model, and year.

Skoda and Volkswagen vehicles were taken into account to appreciate how expensive owning a car under 20,000 really is. The annual costs associated with owning a new car, where the depreciation rate is also included, are estimated somewhere between 6,000 and 7,000 euros. In this particular price range, buyers might be tempted to purchase a hybrid Volkswagen Golf at 43,000 euros, but they are vastly constricted by the price and yearly costs.

The cars studied in the report for this price range were petrol VW Passat with a sale price of 40,000, its diesel equivalent with an average cost of 43,000, and a hybrid, priced on the upper scale of this range, at 49,000 euros.

In these vehicles’ case, the annual costs of owning a new car, where depreciation is not included, varies between 3,000 and 3,500 euros. When depreciation is counted in, the estimations are much higher, reaching almost 8,000 euros a year. Add an average fuel price of over 1,500 euros in the case of petrol engines, another 1,300 euros associated with the diesel engines, and a bit under 1,000 euros for hybrid cars.

Now, that we know how much owning a new vehicle in Finland costs and what yearly expenses are associated with each price interval, let’s see what financing solutions Finnish citizens have when trying to purchase such a costly vehicle.

Unsecured loans seem to be one of the most popular car financing solutions in Finland. To check out more information about financing for car loans in Finland check out “Zmarta autorahoitus”. You will be provided with a series of results from a vast number of banks and loan But, as a general rule, unsecured loans for car buyers offer the following advantages.

Finding the Best Financing Option for a New Car

Today, with information at the tip of their fingers, Finnish people can find out quite easily which the best financing solution for their needs is. Online platforms targeted at helping credit-seekers compare and decide between different banking solutions have become the norm in Finland, just like they have in the rest of the world. With unlimited options and amazing tools to weed out the good from the bad, Finnish people can now ensure they access the most suitable loan to purchase a vehicle.

As seen above, the basic unsecured loan usually covers vehicles in the upper price range in Finland. While a loan will be enough to cover the initial expenses if purchasing a new car, the high maintenance costs of the vehicles in each category above will have to be covered from the buyer’s pocket.

Well, considering the fact that owning a new car costs so much in Finland, prospect buyers should start researching their financing options well in advance.