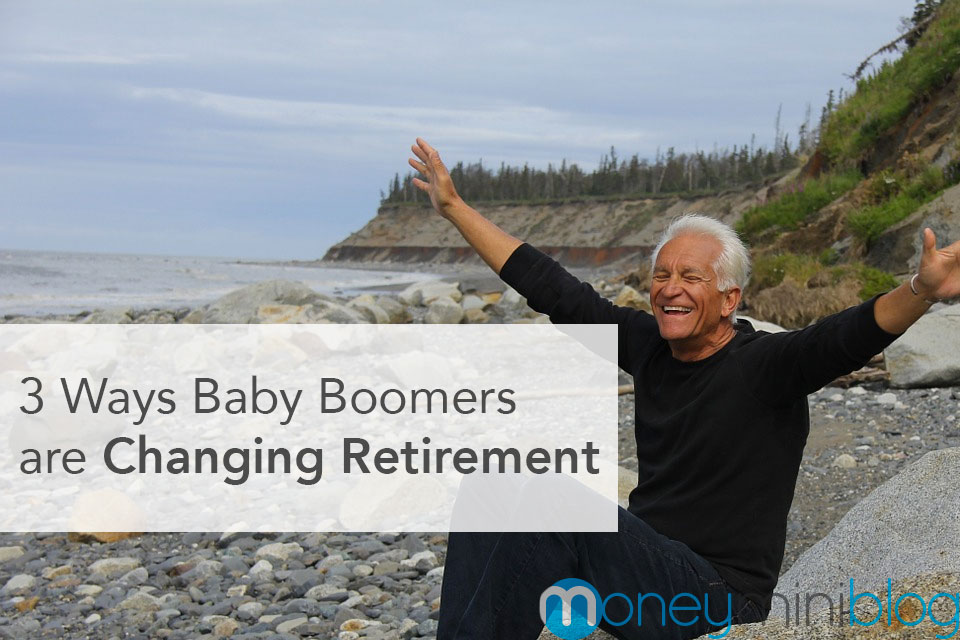 As the largest and wealthiest generation in America, Baby Boomers’ move into retirement affects the financial health of the country. Accommodating the aging population shifts where and how we live, what jobs are available, and even how we retire. With retirement within sight for Boomers and the oldest Gen Xers, America’s growing population of older residents will continue to drive trends in industries like travel, housing, entertainment, and employment even in their sunset years.

If you believe advertisements, retirees are healthy, savvy consumers who put off travel and leisure until they finish working and are finally enjoying life. Older Boomers were the last to have employer-funded retirement in the form of a pension plan and can also collect social security. These financial elements give the largest generation the lion’s share of the nation’s disposable income. So, Boomers still dream of retirement with luxurious travel, a small, low-maintenance home in the Sunbelt, and hobbies instead of jobs.

Many older adults already report struggling to keep up with housing costs in the past year. Unfortunately, the recession in the early 90s took away job prospects, and the Great Recession of 2008 took a toll on many workers’ meager retirement funds. As a result, about one-third of those over the age of 45 don’t plan on ever fully retiring. While some seek fulfillment by continuing work, the situation is financial for the majority of older Americans who have less than $100,000 saved for retirement.

Boomer sunbirds looking for a warm place to retire still look at Florida as the most attractive option. Wealthy retirees may want to purchase a new one-story home with the master bedroom, bathroom, kitchen, and laundry on the main level and built-in accessibility features, as the overwhelming, majority of homes lack such universal design features. If builders’ plans in new homes include level entrances, wider hallways, flat thresholds, and hard flooring to make it easier for seniors when mobility becomes limited, developers could cash in on Boomers’ housing needs.

All retirees value independence, evidenced by fewer than 4% of older Americans anticipating moving in with extended family. Aging in place is the preferred solution for all generations, with 56% of respondents saying they plan to live in their current home during retirement. By 2035, older adults will outnumber children. If aging in place is the golden standard, then new home construction could grind to a halt. Opportunities exist for retrofitting older homes with accessible options, though, as fewer than 30% of those who plan to age in place are prepared for the upgrades required to do so.

Retirees will shape the future of employment

By 2030, a whopping 20% of Americans will be age 65 or older. The shrinking workforce should offer plenty of opportunity for workers of all ages. Unlike the jobs that Boomers once held, these gigs no longer include healthcare or other expensive benefits.

Gen X will stay in the workforce much longer than their predecessors. For a majority of the senior population, staying employed is the only way to keep up with the cost of daily life. Even though they weren’t born with smartphones in their hands, the over 45 crowd is just as comfortable using technology as Millennials. Whether driving for a service like Lyft, renting out a room on AirBnB, or using their considerable wisdom to consult as a freelancer, there are a lot of ways to pursue part-time gigs.

Changes and challenges ahead for multiple generations

The youngest Generation X retirees face an uncertain future. Self-funded retirement was the new standard as they joined the workforce and events like the Great Recession decimated their intended retirement accounts. Social Security is also increasingly threatened by politicians who view the program as an entitlement, rather than acknowledging that workers pay into the fund.

Retirees will retrofit older homes with automated systems that control lights, thermostats, and doorbells remotely or with voice control. A home’s location will become even more valuable as houses are passed down from one generation to the next. Renovations and DIY will help them adapt when mobility becomes limited later in life. Without significant retirement funds, they’ll depend on social services and intergenerational living to help fill the gaps.