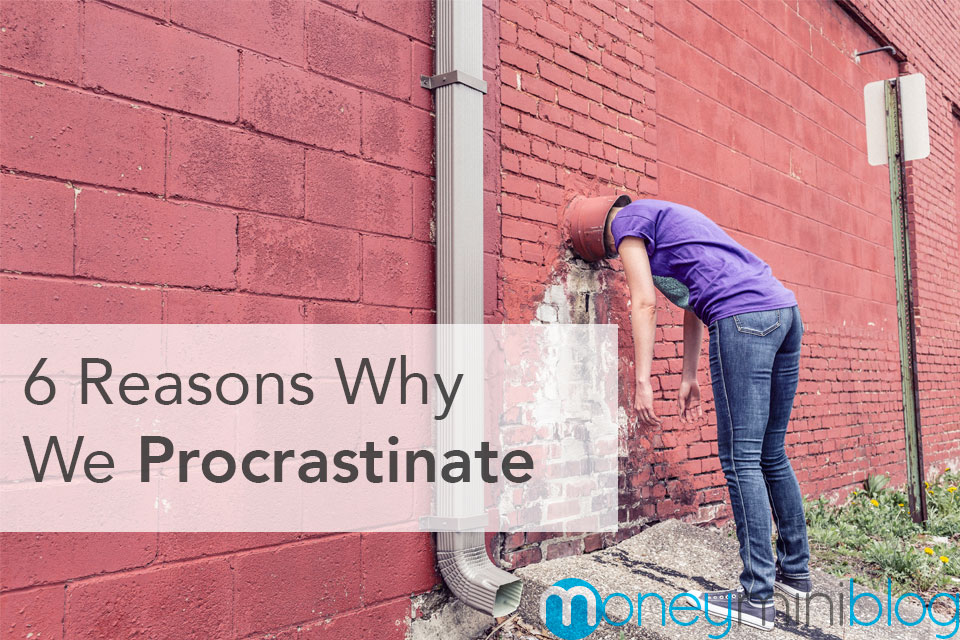 According to Tim Urban in his TED talk Inside the mind of a master procrastinator he described how a procrastinator’s brain works.

Inside a procrastinator’s brain are two individuals:

The Rational Decision-Maker thinks about the long term results and wants to do the work necessary to achieve them. He only cares about the future and how we get there.

But the Monkey lives entirely in the present moment. The Monkey has no memory of the past, no knowledge of the future. He only cares about 2 things Easy and Fun.

The monkey is only scared of one thing..

The Panic Monster sleeps for most of the time but wakes up when the deadline gets too close or when there’s danger of public embarrassment.

Now the person who couldn’t finish the introductory part of a paper over 2-week span ends up writing all 8 pages staying up all night, fighting exhaustion?

And these are the lucky procrastinators. There are some who don’t even respond to the panic monster.

But we can’t live like this. Even the procrastinators who eventually get things done.

So why do we procrastinate?

In a study conducted by researchers from University of Vermont, a high percentage of people reported problems with procrastination on several specific academic tasks.

The people in this category procrastinate because they cannot meet their own or other’s expectations.

The fear of failure may further lead to not only depression but irrational cognition.

A large ( 47% ) number of people from the same study reported procrastinating as a result of aversiveness of the task.

The Aversiveness of the Task means to not wanting engaging in academic activities and a lack of energy. The participants also endorsed reflecting difficulty in making decisions and time management, two areas that were frequently endorsed.

Tim Pychl Shows us that Emotions have a big part to play when it comes to procrastination. He states that procrastination while considered “The thief of time” is not a time management problem.

Psychological research shows us that it is more of a emotion management problem. We treat the negative emotions related to the task with avoidance. It may temporarily boost your mood but only your present self benefits from it.

You see when you practice procrastination the negative feelings like anxiety, frustration, boredom go away, but the task at hand does not.

The more we unload from the conscience of the present self, the more load increases on the conscience future self with the added bonus of time pressure and not to mention the work we are actually supposed to do in the future.

Also in most cases finishing the task is not the problem, starting it is.

”Once we begin a task, no matter how dreaded, our perceptions of the task change…we don’t appraise the task as quite so stressful or difficult once we get started. Starting is everything.”

Tim Pychyl and his study group conducted a study on how academic procrastination could be linked to how the students viewed their future selves.

The students in this study were asked to imagine themselves ten years in the future, their present selves and a complete stranger. They monitored the student’s neural activities.

When some students imagined their future selves the neurons were activated in a similar pattern to when they imagined themselves in the present. Those students felt a higher degree of continuity with who they would be in the future.

The researchers concluded that the people who have lower continuity with their future selves tend to procrastinate more.

As in people with lower continuity didn’t feel as in they’d be the once facing consequences in the future.

5) Procrastination May be in Your Genes

Some researchers believe that we may have inherited procrastination from our ancestors.

Researchers from University of Colorado Boulder published a study in which they studied human twins. Identical twins tend to share more similarities in their behavior than fraternal twins just like siblings.

This trait may have come from our nomadic ancestors, who only needed short term plans for survival.

They took rash decisions and postponed long term goals to be better at survival.

But you can’t go on blaming procrastination just on evolution.

Research shows that both conscious and subconscious traits are responsible for procrastination.

An excessive perfectionist is described as someone who pays excessive attention to detail, resulting in poor work-life balance, stubbornness and preoccupation with tasks that cause the you to lose sight of the big picture and prevents the task at hand from ever being completed.

This becomes a problem when you have to try something different to what you are used to. You will either be consciously or subconsciously worried about being able to reach an end-state that will you will like.

It causes procrastination by encouraging you to put off attempting a task until you think you can do it perfectly. This is kind of similar to the “Fear of Failure”, except that instead of believing you cannot succeed at all, you worry that you cannot meet your own standards.

Here are some tips to help you quit procrastinating:

A lot of researchers agree that starting a task is one of the hardest thing for a procrastinator, because a lot of people do not know where to start from. Once you get over starting you’ll go with the flow and within no time you would have a complete task. To make starting less intimidating start with the easiest task. As Mary Poppins said “Well begun is half done.”

There is a metaphor going around. “How do you eat an elephant?”.

But if you divide a major big task into smaller minor chunks, viola! It is less intimidating all of a sudden.

Having a timeline upfront helps you not to go off-track. If certain tasks are provided with specific time slots you’d be encouraged to finish them on time because that’d be a little deadline on it’s own.

4. Promise Yourself a Reward

Try to treat yourself with a reward after completing a task. A reward could be anything a slice of cake, a chocolate, or anything that you may like. This will help you not go off track.