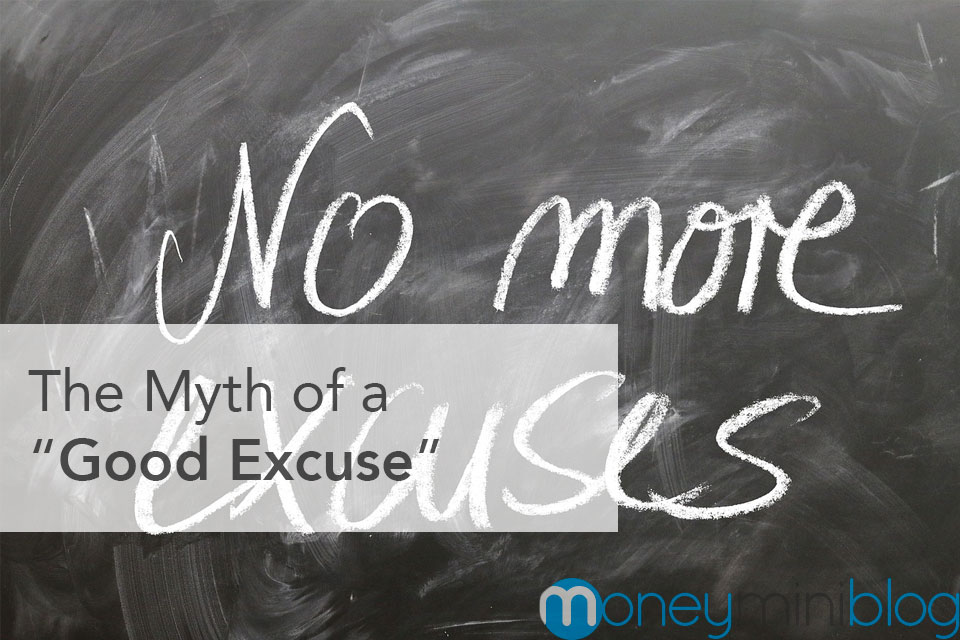 I wrote an article for LifeHack that got over 50k shares. Of course with that kind of popularity the naysayers will come out of the woodwork.

Some of the initial comments were things like “great article!” and “loved this!”. Then I got a “this article made me want to vomit”. I’m not totally sure, but I’m assuming she wasn’t going to vomit our of excitement for how much liked my article. And it got worse from there…

The article was about the differences between the rich and the middle class. I explained how to think like the rich if you want to be rich. That’s where the excuses came from. All kinds of excuses about how some people will never be rich and how they will always be poor no matter what they do. Excuses about the rich inheriting their money and not working for it. It was sad.

Sure, there are some “good” excuses out there, but why do you need to provide an excuse in the first place? There are situations that make things harder for some than others. Some people have everything handed to them, while others work hard for everything they have, but excuses are excuses and they provide no value to you. Zero. None.

The problem is, people justify their situation with an excuse instead of changing it with action.

People justify their situation with an excuse instead of changing it with action.

Your situation is no different.  I’m sure you know that.

Whether you’re struggling with something as small as a negative mindset to something daunting like a terminal illness, excuses should have no place in your life. When you think about it, they don’t even make you feel better – they just give you a reason to stop trying.

The Benefit of an Excuse (Or Lack Thereof)

Let’s assume that you, me or the people who read my LifeHack article have a great excuse for why they can’t do whatever they think they can’t do. How exactly does it help? What are the benefits?

It doesn’t justify anything, like some may think. People know an excuse when they hear one. Think about this common situation with the fictitious characters, Jeff and Allison:

Allison: It’s so nice out today – I’m going for a run after work.

Jeff: I used to run 5 days a week before I hurt my knee. Now I can’t do much cardio. I know I could lose these extra pounds if I could do some running, but because of my knee, there’s nothing I can do.

First off, Allison didn’t ask Jeff about his running situation, but that’s beside the point. When Jeff heard Allison was going for a run, he immediately felt guilty about being overweight. He then felt like he had to justify it by mentioning his knee injury. Jeff would have been better off simply being silent or agreeing that it is indeed nice out today.

This example may sound silly, but it’s realistic.  As humans, we often feel like we’re in competition with everyone else to see who can have the most money, nicest body, best job, etc..  I’ve got good news, we’re not in competition and you shouldn’t want to be.  It’s great to be competitive in some areas, but don’t compare your life to the lives of other people.  Too often we end up comparing our weaknesses to their strengths.

“Used to” is One of the Biggest Excuses

It’s easy for almost anyone to make an excuse for why they’ll never be rich, but when it comes to everyday things, “used to” is often the excuse of choice.

If you have to justify what you’re not doing by telling someone how you used to do it, you’re probably making an excuse.

Here’s an interesting exercise: Try not saying the words “used to” for 30 days.  Simply live in today, not in the past.  See how many times you catch yourself wanting to justify something you don’t do by explaining how you used to do it.  If you want to claim something, it has to be true in the present.  You’ll really start to see areas of your life that you want to change.

If you feel like you need to give an excuse, you’re starting with the wrong mindset.  You don’t owe anyone an excuse.  You don’t have to justify anything.  Let’s agree to stop making excuses and start making things happen.