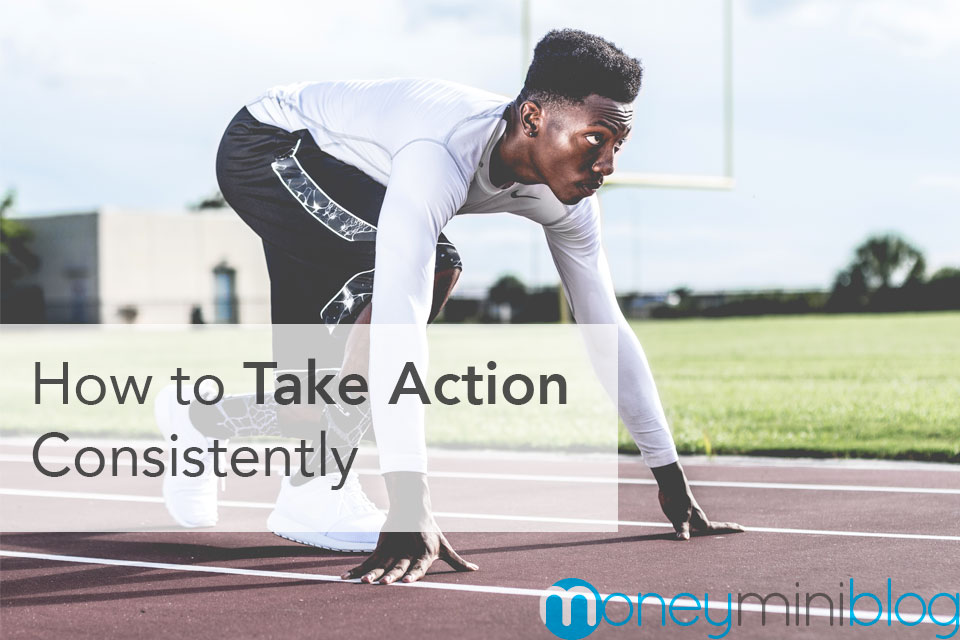 With respect to goals, projects, and other to-do items, it’s easy to get stuck too long in the thinking and planning phase. You can sit around writing and rewriting your goals, delving into your subconscious mind, working through emotional blocks, summoning the power of Thor… whatever. But if you don’t eventually get into action, you’re wasting your time.

How can you get into a sustainable mode of direct action without feeling like you have to torture yourself to get moving? What can you do to cross the barrier between merely thinking about what you want and actually making it happen with your own two hands?

Here’s a simple technique I use. This has worked very well for me when I’ve applied it. It usually takes only 5-10 minutes.

Imagine your thoughts as energy waves that radiate out into the cosmos and then reflect back to you. If your thoughts are chaotic, the waves will interfere with each other, so you probably won’t even notice them. But if you put a lot of energy into a single coherent thought, the reflected wave will be strong enough that you’ll feel it in your body. At this point you can actually “surf” the wave. When you’re surfing your own reflected thought waves, you’re in a state of direct action, but it feels effortless. Instead of pushing yourself to act, you’re riding a wave of energy that is actually pushing you.

It isn’t difficult to create a strong thought wave and then ride it. You do this all the time whenever a powerful thought takes hold of you. For example, when you become really angry, it can be harder to stop yourself than to ride that anger into action. Or when you get a song stuck in your head, you may have a hard time preventing yourself from singing it out loud.

You can also create these thought waves consciously and deliberately. Then you can ride their energy to complete many tasks very quickly. You’ll enjoy it too.

How to Create and Ride Thought Waves

Sit quietly in a place where you won’t be distracted. Take a few deep breaths to clear your mind. Now identify whatever goal you’d like to work on. Maybe it’s something simple like organizing your workspace or writing a school paper. Or it could be something more complicated like creating a web site for a new online business, moving to a new city, or doubling your income. All you need is a clear, specific, measurable goal, but you don’t need a plan of action at this point.

Now just sit and think about what you want. Imagine this goal becoming real. Let yourself daydream, but try to stay conscious as you do it. Explore the goal in your mind. Think about it actually happening, but don’t physically try to do anything yourself yet.

For example, if your goal is to switch to a new career, then imagine yourself in that new career right now. Think about what it would be like to actually do that kind of work. Picture yourself doing the work and enjoying it. See the people you’re working with, and hold imaginary conversations with them.

Usually within 5-10 minutes, these positive thoughts build up so much energy in my body that I’m itching to do something. At first it feels good just to think about the goal, but eventually I start to feel a tension to get into motion. I can feel the thought energy reflecting back to me. Now it’s time to pull out the virtual surfboard and catch the wave.

This is essentially a process of arousal. If you think about sex for a little while, your body will physically respond. Blood will flow to different body parts, for example. If you hold those thoughts long enough, you’ll start feeling a compulsion to act on those feelings. Maybe you’ll have to take care of yourself or go jump your partner.

You can create a similar type of arousal when fantasizing about your goals. Within a few minutes, you should be noticing different physical sensations in your body — IF your goal is attractive enough to you. Extra blood may even flow to your brain and muscles, preparing you for action.

Once you start feeling that positive tension in your body, stop and ask yourself this question:

What Can I Do Right Now?

As you ask this question, hold the expectation that the answer will be something simple that can be done in 30 minutes or less.

Whatever reasonable answer pops into your head, accept it and act on it immediately. At this point you should find it very easy to take action — it would be harder to procrastinate. Do you procrastinate on sex when you’re physically aroused?

Now you’ve caught the energy wave. The next trick is to ride it as far as you can before it eventually dissipates.

Get that simple task done as quickly as you can. Sometimes you’ll flow effortlessly into another task. But if you don’t know what to do next, that’s no problem. Just stop again and ask yourself:

What can I do right now to make this goal a reality?

Accept whatever idea comes to you next, and get it done. Keep repeating this question and taking action for as long as you can. I’ll usually go about 2-4 hours without a break, sometimes much longer. In this state I can quickly plow through many different tasks. It feels good too.

It may take a little practice to build up the energy in your body and then release it gradually. Your ability to use this technique will surely improve over time.

I often use this process when writing new articles. I focus on the goal, swirl it around in my mind, and build up the energy for a few minutes. Then when I can’t remain still any longer, I ride the resulting wave and let my fingers start typing.

Give this simple technique a try, and allow your own thought waves to drive you into action.

This article originally appeared on StevePavlina.com.