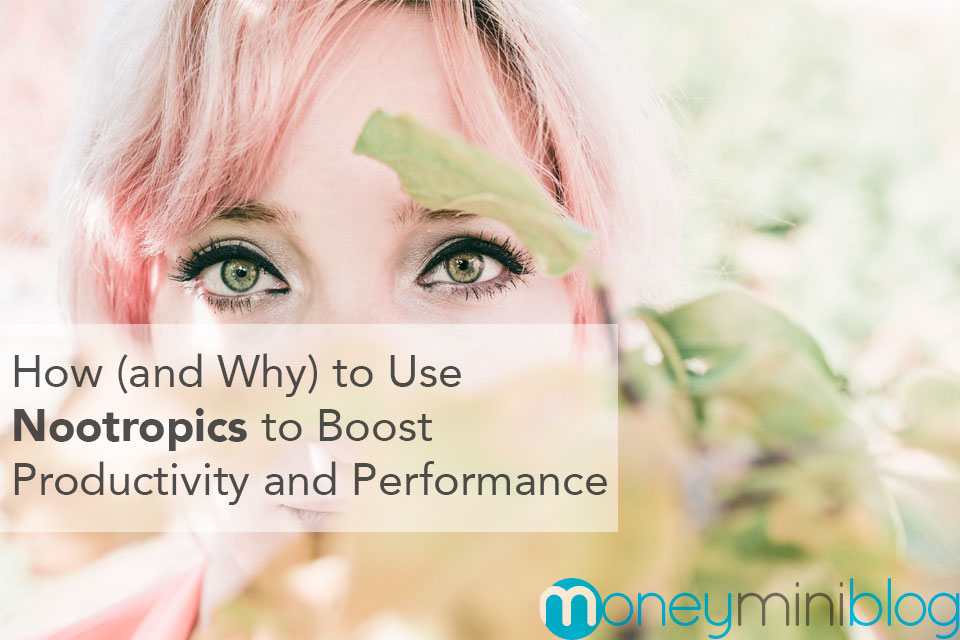 Note from Kalen: I’ve been interested in nootropics and certain smart drugs, mostly to know their effectiveness. Of course, many people freak out when they hear the word “drug,” and I get that. There are many supposed “smart drugs” that are dangerous, like the ones Tim Ferriss recently said were not worth the long-term risks. But that’s not what we’re talking about here. I like to give you guys information on all kinds of ways to boost your productivity. Here’s some insight from Nootropedia and info to let you decide for yourself…

Nootropics (also known as smart drugs) are natural and synthetic compounds that impact brain function by primarily increasing focus, attention, memory, learning ability, and even creativity. An objective observer might be skeptical about snake oil supplements, but nootropics are being used by some of the most financially successful people in the world to get an edge on their competition.

Perhaps the two places on earth that currently have the most wealthy people making a lot of money are Silicon Valley and Wall Street. We’re going to help you peek behind the curtain and see how people in these two worlds are using nootropics in order to make themselves more productive, enhance their performance, and increase their bottom line.

How High Level Performers Use Nootropics

One particular nootropic has caught the eye of the best financial gurus in the world. As early as 2008, Tech Crunch was reporting on the widespread use of a drug called modafinil within the ranks of executives. Since then, the drug has grown in popularity after executives like Dave Asprey and writers like Tim Ferriss have discussed using them.

What makes modafinil so effective is the alertness and concentration that it offers users. Most people are aware of caffeine’s effects, but modafinil is much stronger. It increases brain chemicals similar to caffeine (such as dopamine and adrenaline), but in a more concentrated and effective way. This leaves users with more concentration for a lot longer period. This is why everyone from computer programmers to mommy bloggers are picking up smart drugs in order to increase their financial success.

How You Can Get Started With Smart Drugs

You may not be a high performance Silicon Valley executive or a Wall Street trader, but that doesn’t mean you cannot use these smart drugs. Whether you are working from home or you are trying to make your salary go further, there are different options for you to use in order to get ahead. Here are a few:

How to Decipher the Snake Oil from Quality Nootropics

Of course, if there are legitimate products that can help to increase your cognitive abilities, there will be imitation products made to make a buck. If you haven’t seen the overly hyped, falsely advertised Facebook posts about the latest “Limitless pill”, most of these are not only unhelpful, but sometimes actively dangerous.

Many of these companies make their money because they create unique formulas where they put together 3 – 7 ingredients and then sell it to you as a single product. These unique blends can be dangerous especially when they do not tell you the doses (look for “Proprietary Blend”. If you see that, run!)

In general, 90% of the unique formulas are some version of snake oil. Instead, start with the list of four we mentioned above.

The Downside of Nootropics

While many of these nootropics have been considered useful tools for improving cognitive performance, there is no magic pill and there is no such thing as a free lunch.

As with any kind of supplement there are risks that come with taking nootropics. For one, every person is different and brain chemistry can vary from one person to the next. Even a relatively safe smart drug can work for 90% of people according to studies, but can cause serious side effects for you.

Perhaps the biggest precaution to take isn’t necessarily how your body will react to certain nootropic drugs, but how your mind will. Human nature is to seek the path of least resistance, the magic pill, the shortcut. While this can be helpful in some situations, it can lead to drug seeking behavior that is addictive and destructive.

Many of these smart drugs aren’t addictive per se, but having access to greater concentration, memory, or mood, can be addicting in it of itself. The best way to improve your productivity and mental performance is to ensure you have a healthy diet, engage in exercise regularly, and get the proper amount of sleep. Nootropics can help, but if you do not master these daily practices, they aren’t going to solve your problems.