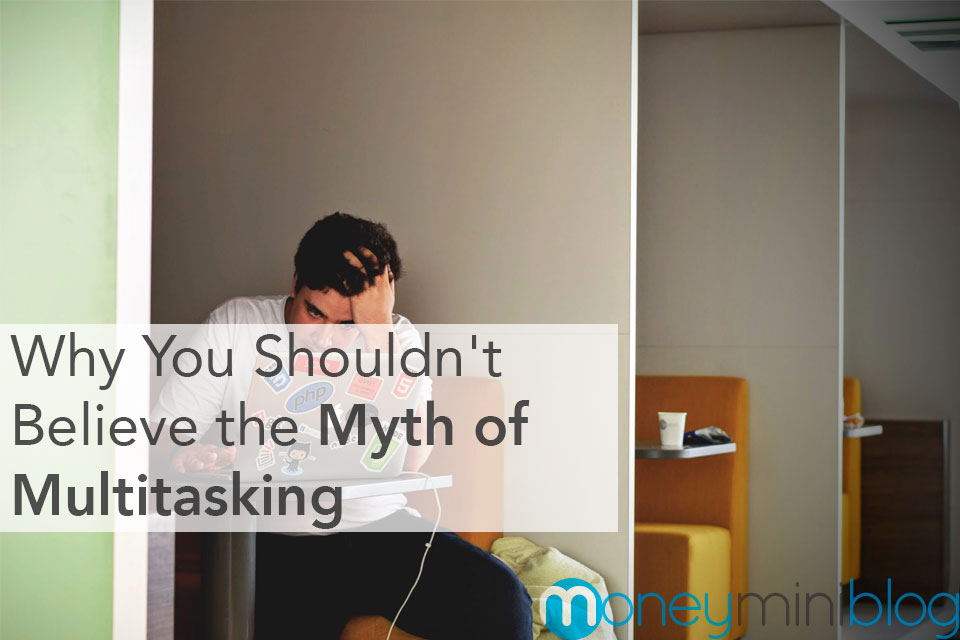 When you have responsibilities, to-do lists and a packed schedule, you might think multitasking is your only hope. You want to juggle all the things life’s throwing at you by doubling up on your activities — but you’ll soon realize you can’t successfully and fully accomplish two things at once.

In fact, people didn’t have the term “multitasking” until computers came around, and it originally described a process that these machines could do. But the reality is you aren’t a machine, so your brain shouldn’t try to perform like one.

You and many others have believed the myth that when you try to finish several tasks at a time, you can harness productivity and master your busy life. However, multitasking causes you to focus on the amount of work you can check off rather than the quality of your final product. So, how does your focus, time, attention and more suffer from this unhelpful practice? Here are three ways multitasking harms your work and debunk this myth in your mind.

1. It Takes Time to Shift

When you are intent on conquering two tasks, you think you’re doing them simultaneously. The human brain is said to have more power than you normally use, so shouldn’t doubling up on work be efficient?

Well, according to the APA, multitasking causes your brain to shift from one task and back to the other. And this causes you to complete things more slowly, which hurts your productivity. You lose momentum each time you refocus on one task, even though you don’t realize it.

The back-and-forth you make yourself do means you have to activate your intention for doing one thing and then remember the parameters for it. For instance, when you’re talking on the phone and watching TV, you zone out of the conversation and need people to repeat themselves. Reserve your full attention for one task, and you won’t have competing interests dividing your mind.

2. It Can Hinder Your Brain

But it’s not just a matter of losing time and focus. Multitasking has been linked to harm in the brain and impaired cognitive abilities. According to a study by neuroscientists Dr. Kep-Kee Loh and Dr. Ryota Kanai, there is a connection between higher media multitasking and smaller gray-matter density in a particular area of the brain.

That area in the brain regulates motivation and emotion, which means multitasking could damage multiple aspects. The long-term effects of multitasking can take a toll on your ability to produce satisfactory work.

3. It Can Hamper Your Working and Long-Term Memory

Although people see multitasking as a positive skill with few consequences, it can unexpectedly change workers and how they think. Another study considered the impact of media multitasking on memory, and it found that multitaskers have a harder time drawing on past experiences to inform their decisions.

Each person needs working memory and long-term memory to effectively interact with their coworkers and solve the issues before them. But multitasking weakens the ability to judge what is relevant and irrelevant for your top priorities. Your memory is crucial to advancing and growing, so trade in multitasking for a concentrated approach.

Your brain functions best when it tackles one problem at a time with full focus, which is also called single-tasking. When you move through your to-do list item by item, you give each activity your all.

To be efficient without splitting your attention between two things, you can make a to-do list with all your desired goals for the day. Then, proceed through each of them without interruptions or distractions to hit better time targets and a higher quality of work.

To schedule your day or week without doubling up on work, you first need to aim for a purposeful mindset rather than a busy one. Then, break your biggest tasks into smaller, manageable subtasks to remain goal-oriented.

There are more ways to tap into efficiency other than multitasking, and prioritizing your tasks is one of them. After you make your list of desired tasks, you don’t have to achieve each item haphazardly. Develop the best strategy to finish your work by deciding which actions are most important.

Figure out which task will help you the most and propel you forward in your week. Once you have a central focus, you can follow it up with secondary tasks. This will create a more productive environment for you and save you time.

The myth of beneficial multitasking has taken over the culture, but the short-term and long-term effects show how offbase this practice is and how your productivity can suffer. Divided attention and a distracted brain can bring you more setbacks than success. But when you promote focus and center your work, you can flourish. Start single-tasking to alter your work for the better.