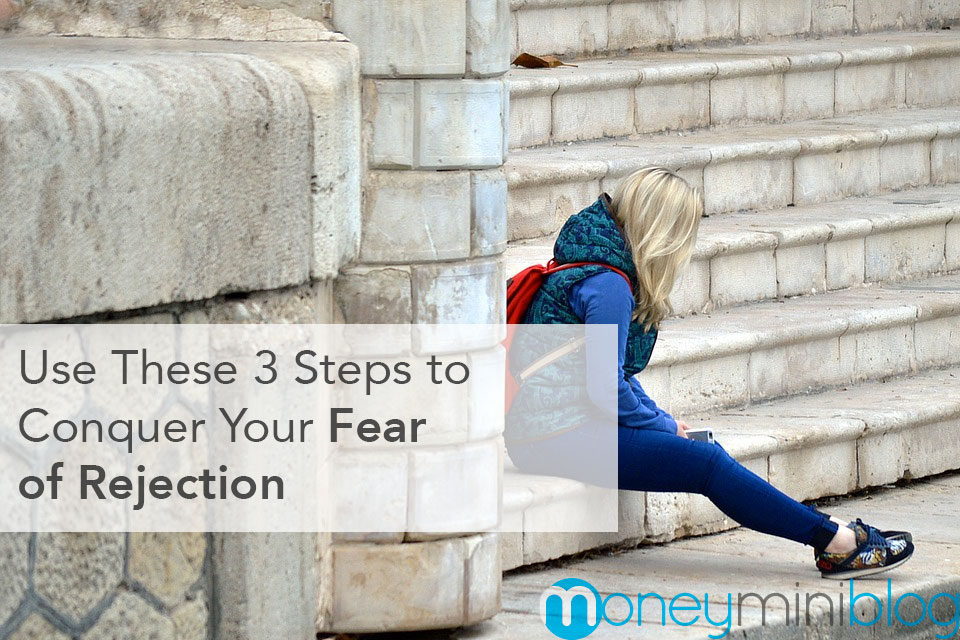 That’s never a word you want to hear. You try as hard as possible, do your absolute best and then…rejected!

Nobody likes being wrong and rejections makes us feel like we’re wrong, even if we aren’t.

You’re not the problem, but your view of rejection may be.

Rejection isn’t a bad thing. It can actually be a great thing, if you learn to harness the power of it.

Why is Rejection a Bad Thing?

Rejection comes in many forms.

Whatever it is, you wanted it to happen and it didn’t. So why is that so hard to accept? You knew when you started that you may get rejected, so why is rejection so hard to handle?

Because we think people are rejecting us, as if we’re not good enough.

That’s not the case.

Think about it. Most often when we get rejected, they (whoever “they” are) don’t even know us. They’re not rejecting you personally. They are rejecting the product, the package, the application, etc..

Once you understand where the rejection lies, and that it’s not with you personally, you’re ready to use rejection as a weapon. If you can take rejection well and use it for your own benefit, you’re ahead of the game. You’re ready to grow.

Rejection can easily be conquered in three steps and once you start to conquer it, you will see the power of being able to use it properly.

This exercise is solely for the purpose of conquering your fear of rejection by getting used to it. Get used to “no”, because for every yes, you’ll get plenty more nos. That’s how life works.

Here’s how the exercise works:

The more you get rejected, the easier it gets. The easier it gets, the more opportunity opens up in your life. If you want anything worth having, you have to be able to accept rejection. At least until you get accepted.

Now go out there and get rejected. Your future success depends on it.