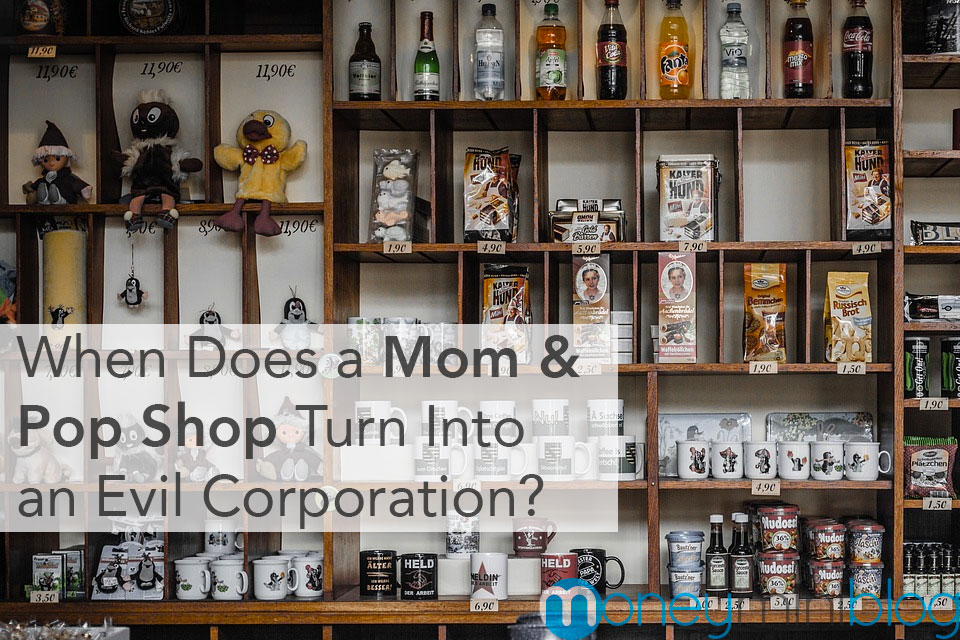 What does Sam Walton and Colonel Sanders have in common?

They both started from scratch and turned a small business into a multi-million dollar enterprise.

I’m sure you’re familiar with Sam Walton’s Walmart, which is the world’s largest company in revenue, according to the Fortune Global 500. You’re probably also familiar with Harland Sanders, also known as Colonel Sanders, and his giant fast-food chain, Kentucky Fried Chicken. KFC actually ranks 2nd in sales among fast-food restaurants, only trailing behind McDonalds.

Here we have two companies with thousands of stores and millions in sales. Many would consider them among the ranks of other “evil corporations” that under-pay and simultaneously hurt the economy. You don’t have to go far to find an article about Walmart and how unfairly they treat their employees or about how they’re too big for their own (or anyone else’s) good.

So where is the line drawn? At what point do these small start-ups turn from being “just another business” to being corrupt, evil or too dominant?

A Quick Back Story on Walmart

Sam Walton open the first Walmart Discount City in Rogers, AR in 1962. I’ll sum up a very long (and quite interesting) story for you. Basically, Walton had a vision of large-volume selling at really low prices. Instead of marking up a few products by a lot, he would simply mark down a bunch of items by a little. He also chose to spread through small towns first, which is why the stores in the metro areas have a higher number than the small-town stores. By the time he made it to the bigger cities, he had already set up shop in all the small cities around them.

Walton got his family involved, especially his sons, as workers to help him grow the business. It literally was a family business. Walmart’s success happened quickly as they began to branch out of Arkansas and into the surrounding states. By 1970, the Walton’s owned 38 stores with 1,500 employees and sales over $40 million. I know what you’re thinking: “well that escalated quickly”, and you’re right, it did. Walmart was a huge success.

Now they are the largest company in the world, based on revenue. Obviously they knew what they were doing.

A Quick Back Story on KFC

Harland Williams was an entrepreneur during the Great Depression. Yes, what a great time to be an entrepreneur, I know. He was also a cook, specifically a fried chicken cook. As his fried chicken started to become popular among his friends and family, he began selling it at his roadside restaurant in Corbin, KY. Sanders continued to expand and ultimately turned KFC into a fast-food franchise.

Colonel Sanders ran the company for well over 30 years before deciding that his age didn’t agree with his level of business operation. Eventually he ended up selling the company to a group of investors, after growing the company to 600 stores. Now KFC operates as part of the American fast-food company, Yum! Brands, which now includes KFC, Taco Bell, Pizza Hut and WingStreet.

When Did They Turn Evil?

I’m not saying that you believe either one of these companies are evil, corrupt corporations, but a lot of people do. Interestingly enough, those same people tend to promote the support of local businesses. So at what point in the growing process do these businesses stop being an expanding local company and turn into an evil enterprise? Some may say that it starts when the company is sold to investors, but Walmart is still owned primarily by the Walton family.

Is there an actual turning point? KFC started as a single roadside shack and turned into a multi-million dollar fast-food chain before Sanders sold it to investors. Here’s the big question:

At what point does a business become too successful?

I will admit that huge expansion seems to cheapen your product. Think about how people used to feel when they walked into Walmart. They probably felt like they were at a decent store that would give them a good price. Now there is almost a stigma about walking into Walmart. There are websites that exist solely to post pictures of what people who shop at Walmart look like. They definitely have a cheapened image, but that doesn’t make them evil. 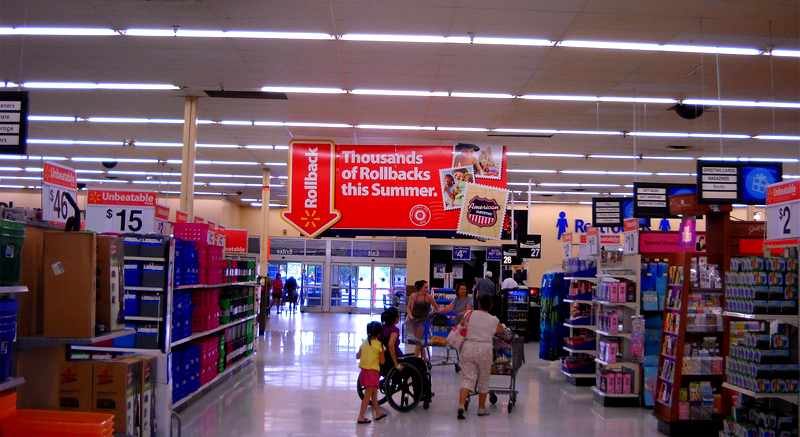 How to View Growth

Businesses will grow and businesses will die. That’s how capitalism works. I think we can learn a lot from both the successful and the unsuccessful businesses, but there is no reason to prefer shopping at one place over another, just because one is more successful. If you want to promote your local economy, that’s great – I’m all for it. But growing into a large company does not equate to being an evil corporation.

For example, when a Walmart comes to your local area, jobs are created. Of course many will jump up and say that jobs are not created, but simply stolen from other businesses. The truth is, while some Walmart employees may come from local businesses, there will still be an overall increase in jobs. An increase in jobs means a boosted economy and less people out of work. That’s a good thing. The only people that will truly suffer are the local business owners who are not competitive and often over-price their products anyways.

The bottom line is this: support local companies, but do what’s best for you and your family. Don’t pay twice the price by shopping at a local supermarket just to prove a point. If that supermarket is going to go out of business, it’s going to happen whether you shop there or not. And this doesn’t just apply to Walmart and KFC; I just chose them as my examples. There are all kinds of businesses that people think have gotten too big. Some people choose Target over Walmart, while others say that Target is an evil corporation too. It’s all semantics and I think it’s all pretty silly.

Don’t shop at a local business just because they are less successful than the corporation down the road, but if you have a better reason to shop there, I’d love to hear it in the comments below.