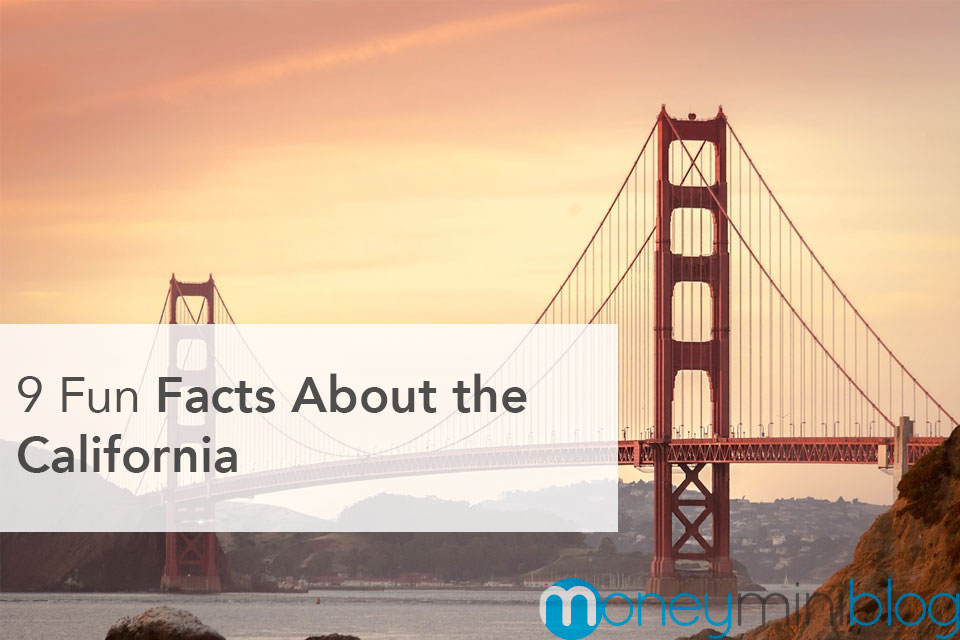 There are more fun facts about California than we can fit into an article… especially a mini article.

Here are 9 you may not know.

1. It’s named after a romance novel

Have you ever wondered how the United States got their names? Not the country as a whole (‘United States’ is kind of obvious), but the individual states. Why were they given the names they have, and by who?

The majority of US states are named either in homage to English royalty, after the English landed on our shores all those years ago, or derived from Native American languages. In this article, we’re going to look at California – how it got its name, and some other fun facts about the state that went from the Gold Rush to the Golden Age of Hollywood and beyond.

California is somewhat unusual among states in that it’s named after a fictional place, in an early 16th century Spanish romance novel written by Garci Rodriguez de Montalvo. In the novel, titled ‘Las Sergas de Esplandian,’ California is a fantastical island, somewhere east of mainland Asia, where the entire population is composed of beautiful Amazonian women with gold weapons ruled over by Queen Calafia. Gold was the only available metal.

This story was well-known among New World explorers. This is why when the Spanish started exploring the West Coast, explorer Hernan Cortez originally mistook California, specifically the Baja Peninsula, for an island and so named the area California.

What’s especially interesting about this is that it isn’t the reason why California is known as the Golden State. That name came during the Gold Rush, more than three centuries later.

2. It used to be called the Grizzly State

Before the Gold Rush, California was known as the Grizzly State, and the original grizzly bear is still the official state animal and can still be seen on the state flag. The bear’s name was Monarch, and the drawing is based on a real grizzly captured in 1889 by order of William Randolph Hearst. When he died, he was stuffed and can now be seen as a taxidermy exhibit at the California Academy of Sciences. The entire subspecies of grizzly, Ursus arctos californicus, is now extinct.

Yes, contrary to popular belief, it does sometimes get chilly in California. Sometimes, it even snows! The climate can vary quite widely between the North and South, which isn’t all that surprising when you consider just how big California is. Sun worshippers should fly south for the winter.

4. The food is incredible

In Southern California, which has a large Latin and Hispanic population and is much closer to the border, you’ll find some of the best Mexican food you’re ever likely to experience outside of Mexico. Taco Tuesdays are a religion! You’ll also find some of the oldest and most famous fast food and diner joints in the country – Pink’s Hot Dogs, for example.

Head north, and you’ll find what has been described as ‘foodie heaven.’ Northern California is home to four of only 12 three-Michelin-starred restaurants in the United States. It’s full of incredible vineyards to explore, and is where the ‘farm to table’ movement was born.

5. The traffic is really that bad

California is a big, sprawling sort of place, and so, most people get around by driving. This means that traffic can be very slow-moving. Los Angeles probably has the worst reputation, but it can be just as bad elsewhere! If you’re driving around in any major Californian city, make sure you build in a ton of extra time to find a parking spot.

All that said, in some areas of Northern California, things are changing. More people are biking to work or taking public transport to increase environmental sustainability and tackle climate change.

This is especially true in Northern California. While Los Angeles has a perfectly serviceable train and bus network, the Bay Area has BART – an infinitely more established and smooth-running service. Either way, the myth that California has no public transport system is just that: a myth!

Well, some places are… but you probably knew that. The thing about California is that while a lot of towns and cities are pretty affordable, the expensive ones are very, very expensive. We don’t just mean Los Angeles. San Francisco is one of the most expensive places to live in the entire country, and everything costs more there than it does elsewhere. Just parking in a parking garage for the day can cost up to $30!

Due to the rapid expansion of the tech industry and Silicon Valley, places in Palo Alto run pricey, too. This is definitely something for SoCal home buyers to consider.

8. The beaches are really varied

When we think of Californian beaches, the first thing that comes to mind is usually tall palm trees, golden sands, surfers, and maybe some beach volleyball. It’s not inaccurate. Beaches such as Laguna, Santa Monica, Venice, and Huntington all look pretty much exactly as you’d imagine. But then, not all of the Golden State’s beaches look like they do in the movies. Up in the Bay Area, you’ll find tucked-away stretches of sand that are a little rougher around the edges. They’re also a lot quieter, so if it’s a chilled-out day away from huge crowds you’re looking for, try Half Moon Bay or Monterey. Just make sure to take a sweater!

9. San Francisco has celebrities, too

Maybe not as many as Los Angeles, home of Hollywood, but San Francisco has more than its fair share of A-list events, as well as a thriving arts scene. It’s also packed with high-flying tech entrepreneurs who live in Silicon Valley, so even if you’re not likely to run into Brad Pitt, you might spot Apple’s Tim Cook or Facebook’s Mark Zuckerberg in a local coffee shop.In Los Angeles, of course, celebrities are everywhere; who you run into will depend on where you go. It’s not likely that you’ll get invited to any A-list parties. However, a shopping trip to designer stores on Rodeo Drive might be an excellent place for celeb-spotting.