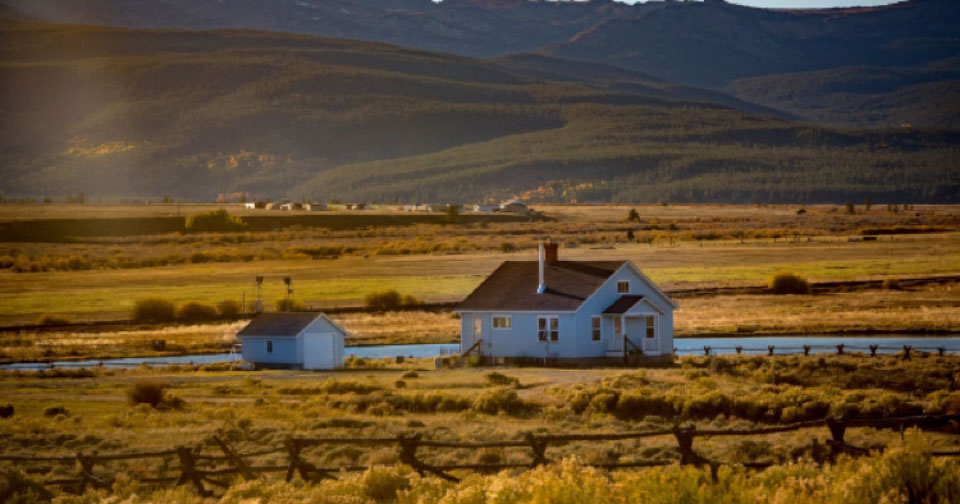 Selling a home is an imposing prospect, often requiring preliminary renovations and the decision of whether to sell a home through an owner or a real estate agent. Selling an extensive amount of land, and particularly farmland, is another matter entirely. There are a number of reasons why farmland is in demand. Certainly, like any other kind of land, it can potentially be developed commercially.

Within the next five years, an estimated 17 million acres of land will be urbanized or otherwise developed, ultimately lost permanently. However, when land has been used for farming in particular there is even more opportunity available. Farmlands are usually quite fertile, which means that there is the ability to profit off of the crops that can be grown upon them.

This means that the sellers can potentially make a major profit off of the sale. But there are two majors ways in which farmland is often sold: either through an auction or a broker. Making this decision is the first step in the sale process, and can ultimately affect the potential profit in a major way.

Firstly, it’s important to understand the basic differences between an auction and a broker. Auctions are often associated with some degree of desperation and quick sales. These events involve collecting potential buyers together, and encouraging bids; ultimately, the land will be sold to the highest bidder. However, farmland auctions are another matter entirely, and not at all unusual within the industry.

Farmland auctions are often major events within the farmland industry, and can easily attract a collection of wealthy bidders. The seller does not auction the farmland themselves. Rather, they use an auction company, which will not only sell the land but put a marketing campaign in place. This will usually begin six to eight weeks before the auction day, and will ensure that the right buyers know about the land being sold.

A farmland broker is much like other types of real estate brokers, except that they specifically focus on selling farmland. While using a broker may initially seem to be unnecessary, about 78% of buyers reported that using a real estate agent allowed them access to very useful information. In the same sense, farmland buyers often rely upon brokers and agents employed by brokers to make decisions about whether or not they should buy land.

What Are the Advantages of Choosing a Farmland Auction?

Each approach has different advantages and disadvantages, but choosing an auction offers a particularly unique approach. For the seller, it’s important to know that you’re getting the most money possible; and while some auctions may offer buyers discounts, farmland auctions are different. As they’re more of a standard way of selling property within the farming industry, the expectation is that buyers will pay the market value price, and auctioneers want to drive the price up as much as possible. They quickly cut out lower offers, and the competition setting motivates buyers to bid even more, often getting caught up in the excitement of the auction. The fact that auctions are always held on a set date further means that the seller can plan for and count on their property being sold that day, as opposed to a traditional sale wherein property can be on the market for weeks or months before it sells.

There is another practical benefit to selling your farmland through an auction, of course. When a farmland auction begins, it’s usually made clear that the land is being sold “as is”. This means that the buyer understands the limitations of the property, and is less likely to back out after a transaction occurs. Furthermore, the seller is under less liability than they would be under a traditional brokerage sale. With all of this being said, there are advantages to traditional brokerage sales as well. Much of what you choose is going to depend heavily on your own experience with the land you’re selling. While some farmland has been held by the seller for a while, making them familiar with industry standards like auctions, it is often sold by inexperienced buyers who acquired it through inheritance. This is often why some are drawn to farmland brokers.

What Are the Advantages of Choosing a Farmland Broker?

One major reason why some sellers are more comfortable with brokerage sales is that a lot of them feel more comfortable with setting their price. While an auction could go well above the price expected by the seller, it could also potentially fall below that expectation. A seller can reject an offer that is too low, and can control more of the negotiations than they would during an auction. Buyers don’t have to make quick decisions and feel pressured during a brokered sale, as they would during an auction. Therefore, they may feel more comfortable with making that final decision, and when their lower offer is rejected, having that extra time to think might encourage them to move forward and offer the expected price.

At the same time, those negotiations are not entirely upon the seller’s shoulders. A broker knows how to counter with the buyers, and takes a lot of those concerns away from the seller. For that matter, the broker can appraise the farmland outright before the sale. This gives inexperienced sellers a better idea of what they should expect. While, again, the property could potentially be on the market for quite a while, if the seller is in no rush this isn’t an issue.

A broker will be right for some sellers, and an auction the other. An auction could definitely be a good match for someone more familiar with the farming industry, and comfortable with a slight gamble that could result in a much higher payout. A broker cannot guarantee those heights, but can offer more familiarity and a helping hand, albeit with a more extended timeframe. Either way, selling farmland can result in an exciting profit that for some may very well be life-changing.