This is my last mistake.

I’m sure that’s not true, but it is my last mistake in this series. For now.

Be sure to check out Part 1 (Network Marketing) and Part 2 (Direct Buy) in this series.

So, this is a mistake that I made and it’s likely a mistake you have made. An overpriced vehicle.

Or…financing a vehicle in general, but specifically paying way too much in the first place.

For us, it was a 2003 Chevy Blazer and we paid more than anyone ever should have paid for it.

Let’s look at the mistake, why it happened and what we can learn…

I remember the day well. My wife and I drove onto the dealership lot and stepped out of the car.

I wanted to buy my wife a new car, since we were having our first child. Her car was a coupe, which can be difficult to get a child in and out of.

We looked at some vehicles and test drove some others, but for some reason, I had my mind set on this Chevy Blazer. 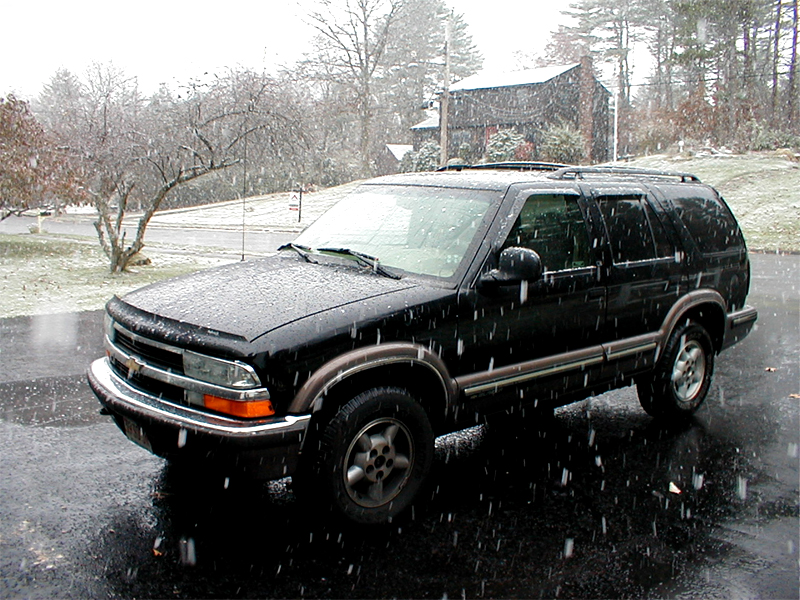 I think it was the way you could pull a single lever to collapse the entire back row. That was cool. Seriously, that was the main thing I liked. It kind of feels like I bought the vehicle because of that lever. That’s an expensive lever.

How could I? I was an uninformed consumer. Great for them, dangerous for me.

I wish I would have known then, what I know now about buying a used vehicle.

So We Bought It, and Then…

We drove it for a while before selling it. The good news is that it was paid off before we sold it.

The bad news is that we paid it off with a consolidation loan and sold it for less than we needed to pay off the loan.

That’s a lot more bad news than good, I know.

Of course we lost all kinds of money on the sale. I knew we would. It was entirely my fault.

But I’m OK with all of that, because it was a life changer for my wife and I…and especially for our finances.

Sidenote: It was really more of a life changer for me. My wife knew it was a bad idea, but you can only say so much to convince someone who thinks they know everything that they are making a mistake.

I learned a lot that day, but a few things really stuck out to me…

This Blazer was the straw that broke the camel’s back, except it was an SUV. Sorry, camel. If I hadn’t made this bad purchase, I may have never decided that our debt was high enough to get out of. It was a defining moment.

When we were at the height of our debt, that’s when my wife decided that it was my turn to control our finances. I was the one who got us in all the debt and it wasn’t fair for her to keep doing the finances.

That’s when I started reading every finance book I could find and here I am today, writing about my mistakes and how I turned our finances around. There is no mistake that you can’t turn around…eventually.

This brings us to the end of My Biggest Money Mistakes series. Don’t forget to go back and read Part 1 and Part 2.

Learn from everything. Good and bad. Especially bad, so you stop making the same mistakes.

I could have let these mistakes defeat me and steal my motivation, but I made the conscious choice to learn from them instead.

I’m not trying to toot my own horn. If I was, I wouldn’t write an entire series about how much I’ve screwed up, but I am saying that I figured out how to learn from my mistakes and you can too.

I really hope you make that choice! Make the choice to learn from everything.

For our most recent vehicle purchase, read this article about how we got a crazy awesome deal.