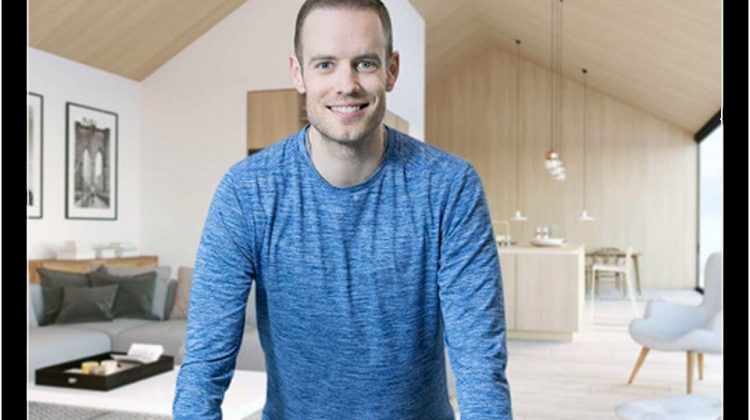 Even if you aren’t familiar with the name Jesse Willms, chances are you’ve already come across his online advertisements for one of his products.

You see, for around the last 15 years, Jesse has absolutely dominated the digital marketing industry, pulling in well over $500m in product sales and establishing over 22 unique million-dollar businesses. Not bad for a guy that’s still just 33 years old.

However, Jesse’s story is far from a straightforward one, and as you might expect from someone who achieved incredible levels of success at such a young age, mistakes were made.

“I was blessed with a lot of success at a young age, and almost everything I turned my hand to generated a lot of money. Unsurprisingly, this led to overconfidence and subsequently resulted in making sloppy mistakes that I would simply not make as my older, wiser self,” admits Willms.

From issues with doggy affiliates to brushes with the authorities, Jesse has just about seen it all. However, despite his troubles, Jesse stands tall as a shining example of what can be achieved if you are willing to learn from your mistakes and put the time and effort into honing your craft.

Who is Jesse Willms?

Jesse Willms describes himself as a serial entrepreneur and digital marketer; however, it’s safe to say Willms is a guy who wears many hats while managing his businesses. At the time of writing, the Candian-born entrepreneur resides in Las Vegas, Nevada, where he heads a team of 24 dedicated professionals for the series of car history websites that he owns. What began as an idea back in 2015 has evolved into a collection of massively influential websites, with nearly four million people using his services each month.

With that said, let’s take a deeper dive into the marketing maestro’s business journey and review four key mistakes he made along the way and the lessons we can learn from them.

1. Not Vetting Your Affiliates

One of the most prolific periods of Willm’s career came about when he decided to move into the health and wellness industry. At this point, Jesse was still flying high from earning over $50m with his computer software company, eDirect, where he developed many of the skills and finances he needed to propel his next venture.

Throughout this time, Jesse introduced highly successful PPC campaigns, initiated affiliated marketing schemes, and leveraged his digital marketing expertise and business knowledge with remarkable results, achieving over half a billion dollars in revenue in the industry.

However, as Jesse explained in a recent interview, there was more than one occasion where affiliate marketers were actually detrimental to his company and got him into a spot of bother.

“Affiliates would often make false claims in their marketing campaigns before bringing users to our site. These claims would often be in the form of fake news sites, or sometimes even claiming the product was endorsed by Dr. Oz or Oprah. Affiliates would also sometimes steal credit cards and then purchase on our site. They greatly hurt our reputation,” explains Willms.

Despite affiliate marketing programs being responsible for 16% of global eCommerce sales, there are definitely some drawbacks to watch out for. Some affiliates will use unethical practices to secure more sales, such as placing misleading ads, lying to consumers, spamming email lists, and failing to comply with regulations.

It goes without saying that having your brand associated with these types of people will hurt your company, so be sure to do your due diligence and always pay close attention to the affiliates you work with.

As you might expect, Jesse found it more difficult to communicate with his clients as his businesses became larger, which gradually led to customer frustration. After all, even the most experienced corporate professionals will feel the strain of scaling a business to such dizzying heights.

The growing disconnect between Jesse and his customers led to him not being able to take all of their complaints seriously, which meant no adjustments could be made to remedy the situation. Unfortunately, this is not exactly an uncommon story in the business world, as people are often taught to prioritize income and profit over everything else. Sadly, this mantra is somewhat naive and, more often than not, results in disappointment for both you and your customers.

“My advice to my younger self is to take care of the customer first, make a great product, and the profits will follow. Take every complaint seriously and make adjustments when needed, and continuously work to improve your product. The reason I say this is because when you’re running a successful business, it’s easy to shut yourself off to negative feedback and keep running the business the same way. However, that’s a surefire way to failure,” says Willms.

Negative feedback can be intimidating, particularly if you allow your ego to get in the way. However, it’s important that you pay attention to all feedback, both the constructive comments and derogatory ones, so you can figure out what you’re doing right and where you need to change.

By soliciting feedback from your customers, you demonstrate that you value their input. You engage them in the development of your organization so that they feel more connected to it. This then leads them to believe that your main aim as a company is to fix their problems and meet their needs, not to make profits.

While operating his health and wellness companies, Willms frequently came under fire for not being clear enough with his customer base on the charges that would be applied to their card. The way many of Jesse’s companies operated was by offering a free trial that would initiate a subscription upon expiry.

Although what Jesse did was (and still is) commonplace in many industries, Jesse found that this form of billing did more harm than good for his company, as he had to spend a fair chunk of his time dealing with the consequences of unhappy customers.

“Some customers didn’t understand how the free trials worked and that they would be billed at the end. A free trial can be a great model for customers. We received about 3,000 billing complaints over three years, and looking back. I feel very bad for those customers. I should’ve worked harder to make the terms clear to every customer,” says Willms.

You’re going to have issues with the clients if you don’t have simple payment terms in place. It will hurt the reputation and undermine faith if a customer receives an unwelcome fee on their card or is billed for a sum they didn’t consent to.

Even though a billing strategy might be commonplace in your industry, it’s worthwhile considering the customer and making sure you have their best interests at heart at all times.

4. Ignoring the Importance of Business Compliance

As Jesse’s ventures grew bigger, he found it increasingly difficult to keep up with the ever-changing compliance laws in the industries he operated in. As mentioned, many of Willm’s companies were situated in the health and wellness industry, which is renowned for having stringent laws, rules, and regulations, especially surrounding potential false advertisements and other misleading information.

As Jesse revealed in a recent interview, the Federal Trade Commission (FTC) tried to contact him to discuss the conduct of some of his companies. However, due to their growing size and immense success, Willms was reluctant to cooperate, which made things difficult for him later down the line.

“In late 2009, the FTC reached out to discuss our business practices. Unfortunately, I was an arrogant 22-year old thought I knew everything. I have great respect for the work the FTC does to ensure honest advertising, and I wish I would’ve worked with them to review everything we were doing and make adjustments where we needed it,” explains Willms.

Nothing will ensure your business crashes and burns faster than non-compliance with laws and regulations. Let’s face it; there will almost definitely be some form of legislation that you must obey, no matter what sector you operate in.

Whether your company is brand new or has been around for 100 years, it’s always worthwhile to take the time to make sure you’re still following the rules. No matter how successful you become, make sure you apply for the requisite permits, file your taxes correctly, and keep the foundations of your company secure.

To this day, Willms strives to deliver immense value to online consumers in a wide variety of applications. Whether that be with his car history venture, Vehicle History, or his endeavors to provide entrepreneurs with the support, resources, and strategies they need to get their businesses off the ground, Willms continues to be an active player in the digital marketing scene.

With that said, there are many lessons to be learned by observing Willm’s trajectory to business success. For most of us, the road to achieving our business goals is littered with potholes and obstacles that most of us can’t see until it’s too late. But as Eleanor Roosevelt so eloquently put it;

“Learn from the mistakes of others. You can’t live long enough to make them all yourself.”