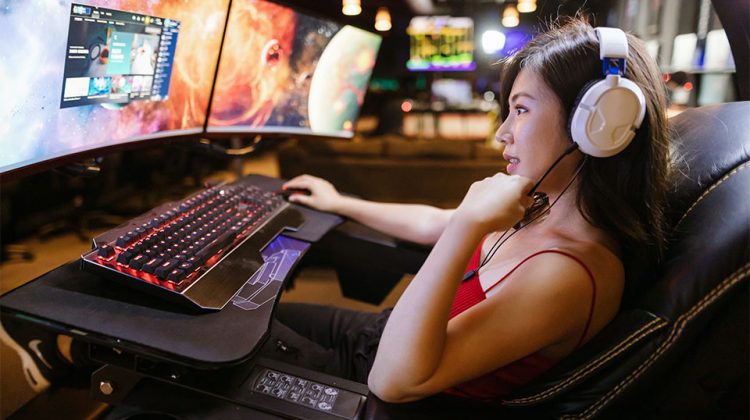 Gaming is the biggest entertainment industry, even when compared to the movie and music industries combined. Among its many subgenres, the online gaming segment is on top, with over $21.1 billion generated in 2020.

Because of that, there is a great potential to generate income not only for developers and publishers but also players. Many content creators and professional gamers earn money through online gaming.

But how can you generate income by playing video games? In this article, we will look at some ways to make money through online gaming and give you some tips for starting out.

YouTube is arguably one of the most popular platforms for digital content creators, including gamers. Some of the biggest names on YouTube, such as PewDiePie and Jacksepticeye, started their channels by uploading video game content.

YouTubers earn income through various means, including ad revenue and sponsored videos. Depending on the channel size, content creators can receive millions of dollars in revenue. Dream, the most popular Minecraft content creator on the platform, has an estimated net worth of about $13.67 million.

Creating a YouTube channel is free and relatively easy. However, you need to build a viewership before being allowed to monetize your content.

Another popular gaming platform to consider is Twitch. A total of 325.69 million hours were streamed on Twitch between March to June of 2021. Most of the biggest streamers on the platform stream gameplays regularly, with around 130 thousand viewers on average.

Twitch streamers mainly earn revenue from viewer subscriptions and donations. Subscriptions are available for $4.99, $9.99, and $24.99 per month, with streamers keeping 50% of the amount. It’s also possible to make extra money through advertisements and sponsorships.

Once you meet certain criteria on Twitch, you can become a Twitch Affiliate or a Twitch Partner to gain access to more monetization opportunities. However, this requires extra effort to grow your audience.

Swagbucks is a website that compensates users with special credit, also known as Swagbucks (SB), for completing specified tasks. They include watching videos, shopping, taking surveys, referring friends, and playing video games available on the website.

Users can redeem SB credit for Amazon gift cards, coupon codes, cashback, or transfer it to their PayPal accounts. Each SB credit is equal to one cent, and users can earn between 200 to 500 SB credits per day for one to a few hours of work.

Since Swagbucks incentivizes people to use its search features, you might want to set it as your default search engine to optimize your earnings. Look out for surveys because they can give you anywhere between 50 and 100 points depending on quality and length.

Nowadays, numerous online gaming competitions allow individuals to participate without being signed with an official team. Even though the prizes might be smaller than in large-scale official events, this is still a good way to earn money by playing online games.

Many game communities such as Super Smash Bros, Mario Kart, and Tekken regularly hold such events. The prize pool varies depending on the community and tournament sizes. Participating may also provide you with exposure and a reputation within the community.

This can help you join larger gaming events and potentially win a bigger prize. For example, a Dota 2 tournament called The International 9 has a $34.3 million total prize pool.

Once you gain enough exposure and reputation as a competitive player in the gaming community, you’ll have more chances to land sponsorships from large companies. This is one of the most viable and profitable sources of income for pro players and streamers.

With more people becoming increasingly visible to the broader public and attracting sizable fanbases, more companies are starting to invest in the industry. Brands such as Monster Energy, G Fuel, Logitech, and Comcast are some of the biggest gamer sponsors.

As part of their contracts, sponsored players usually have to promote products on their platforms or wear sponsored gear during tournaments.

What’s more, celebrities and individual investors have also shown their interest in the industry, making it even more lucrative.

Video game developers and publishers need people who test their games before releasing them. A game tester or beta tester is someone who conducts quality assurance by playing unreleased video games and looking for bugs or glitches.

Beta testers typically need to play certain levels in a video game repeatedly to cover every possible exploit in them. They work closely with programmers and other technical members of the development team and communicate the errors found during gameplay.

Game testers need to have technical knowledge by getting a degree or certificate in computer programming, graphic designing, or game development. If you live in the US, getting a certification from the American Software Testing Qualification Board (ASTQB) may give you more chances of working with a big developer.

Consider joining public beta testings offered by companies to gain more experience in testing video games and writing a technical report. According to Indeed, the average base salary for game testers in the US is around $14.38 per hour.

Blogging is a great way to garner attention and share knowledge with the community. If you own a website, blogging is also one of the best methods to improve its SEO and boost organic traffic.

The gaming industry has a lot of potential for blog content. Gaming bloggers can write game reviews, walkthroughs, listicles, and news articles related to the industry. Once you have gained some traffic and attracted an audience to your blog, you can start writing sponsored content.

Another way to monetize your gaming blog is to display advertisements. There are many online advertising platforms to choose from, but the most popular is Google Adsense. It offers different types of ad styles you can choose from to suit your material best.

If you are confident in your skills and want to earn a stable income by gaming, your best bet is to join a professional Esports team. Some of the top gaming teams, including Team Liquid, Team OG, and Cloud9 offer guaranteed salaries to their members.

Some competition events, such as the Overwatch League, give other benefits to the participants in the form of health insurance and a retirement plan on top of a salary of at least $50 thousand.

Joining an established Esports team may give you other advantages, including more sponsorship opportunities, legal coverage, and even housing. Some teams provide their players with professional nutritionists and chefs to maintain their physical condition and boost morale.

The video game industry is highly lucrative due to its large market size. As it grows in popularity, people have more opportunities to generate an income. This is especially true for the online gaming segment.

In this article, we have looked at eight ways to make money through online gaming, including:

Even with the potential for high profitability, it is best to keep your expectations realistic. Reliably making money through online gaming is a long process that requires patience.

We hope this article has helped you find out how to earn money through online gaming and decide whether you’d like to try it. Good luck!