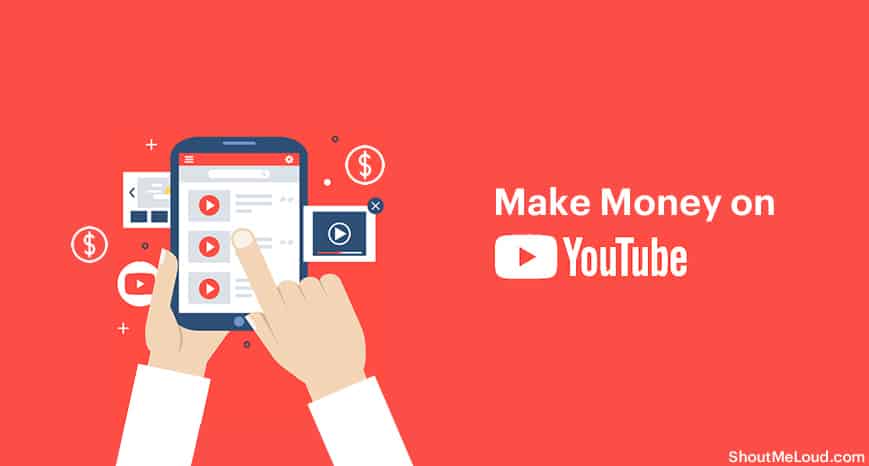 YouTube is the largest social media platform for videos. Almost one-third of internet usage is for watching Youtube videos, meaning more than two billion users are watching an average of one billion hours every day. More than 70% of users watch videos from their mobile devices. You can watch YouTube in more than 80 different languages in more than 100 countries.

The earning potential of YouTube partners has increased by more than 50%. With increasing viewer and channel numbers.

If you are amused by these statistics and want to start a YouTube channel, you must know how to create a video, edit with software, and upload it. There are a lot of opportunities to make money from YouTube channels.

Although YouTube provides a solid platform to earn money, there is a cut-throat competition. Every single minute of 400 hours of videos is uploaded on YouTube. This makes earning through the platform all the more challenging. So it is vital to learn some standard strategies to help generate income from your YouTube channel.

For YouTube channels, ads are a significant source of income. So you can become a YouTube partner to make money. You can also earn from Ads through CPM, channel memberships, and Google AdSense.

But to become a certified YouTube partner, you need to have a minimum of 1000 subscribers and 4000 watch hours in the last 12 months. After becoming a partner, you can start to earn from the ads placed on your videos. There will be a green dollar symbol “$” next to the videos to indicate the beginning of the monetization process.

Even if your viewers watch your videos on YouTube Premium, you are paid for the watch time.

Affiliate links create a high earning potential for the channels. To increase the monetary benefit, you can create videos about famous products, their usage, description, and advantages.

Affiliate links bring many customers to your channel and it’s easy to get started with affiliate marketing on YouTube. All you need to do is place the product links in the description column and mention a few words about the product in the video. If the brands like your video and presentation, then the chances for giving direct advertisement is more, enabling you to earn direct revenue from brands.

When you strongly believe that your YouTube channel has loyal fans, then you can try crowdfunding. It will help you to create new videos and earn a profit. This type of earning is possible only at the later stage when you have more than a million subscribers.

Search Engine Optimization is another excellent way to increase the number of views and gain more subscribers. Video marketing is possible by using keywords that can increase traffic. You have to use proper heading, description, tags, and thumbnails for grabbing the audience’s attention. According to the statistics, the heading should be between 55 – 60 characters, its description should be between 155- 160 characters, and tags must not exceed 10 for creating traffic. So if you use exact keywords in the heading and tag, the chance of listing it on the first page of the search engine is more. You can take it one step further and reach a wider audience by transcribing your video using software and publishing it directly on your website.

The earning potential of your YouTube channel is affected by four factors. They are :

The channels having more than 1000 subscribers can join YouTube Premium and start earning. The rate of earning will depend on CPM rates. There is variable pay for 1000 subscriber channels and a million subscriber channels; so try to optimize the subscriber number. Based on the previous calculations, if the subscriber’s count is more than a million, you can earn more than $5 per 1000 views. Thus to increase the income, you have to work hard to make your subscribers sit patiently to see the ads. Similarly, you have to use the ads and videos of the same demographic for optimizing your income.

Video engagement is something many video creators overlook. It is the primary limiting factor that affects the income of the YouTube channel. Most people skip ads to watch the video, which does not bring any income to the channel. YouTube has estimated that only 15% of the viewers watch a minimum of 30 seconds ad and create an income to the channel. If your video is very engaging, then the potential customer percentage will increase from 15% to 40%. This difference will increase your earnings for that video.

Keep in mind that it is not easy to create significant income from YouTube as soon as you produce some videos. You need to use video makers for creating and editing to produce professional content and apply a strategy or combination of strategies to increase viewership and generate revenue.