Note: Check out the other people I’ve learned from at the end of the article.

When I decided to get out of debt, I turned to many side jobs.

Construction was one of those side jobs.

At 18 years old, I thought I had some insight into the work-world.

I had held a steady job for many years, but I really only worked at various pizza places, and the only “labor” work I did was in the form of a summer landscaping business with a friend.

Construction was a rude awakening for me, but it paid more in lessons learned than dollars earned.

I’ll take it. Here’s what I learned…

1. A Bad Attitude Won’t Get You Anything But Fired

As a kid, I can remember using my attitude as ammunition.

If I was upset or mad at someone, I would go out of my way to not follow their instructions and make it look like an accident.

Or, if I was already frustrated, I would do things in such a way that produced a less-than-desirable result — anything but the result intended by the person asking me to do whatever it was.

For example, if my mom asked me to mow the lawn while I was made at her, I may mow it too short for the middle of the summer, knowing that it would kill much of the grass. I was a typical punk kid.

Let me give you a better example. Here’s how it really happened in my construction job…

My boss told me to mix some concrete. A pretty simple task, really. Mix some dry concrete, sand and water together in the electric concrete mixer. So I did it, and I did it quickly, because I wanted to impress him. 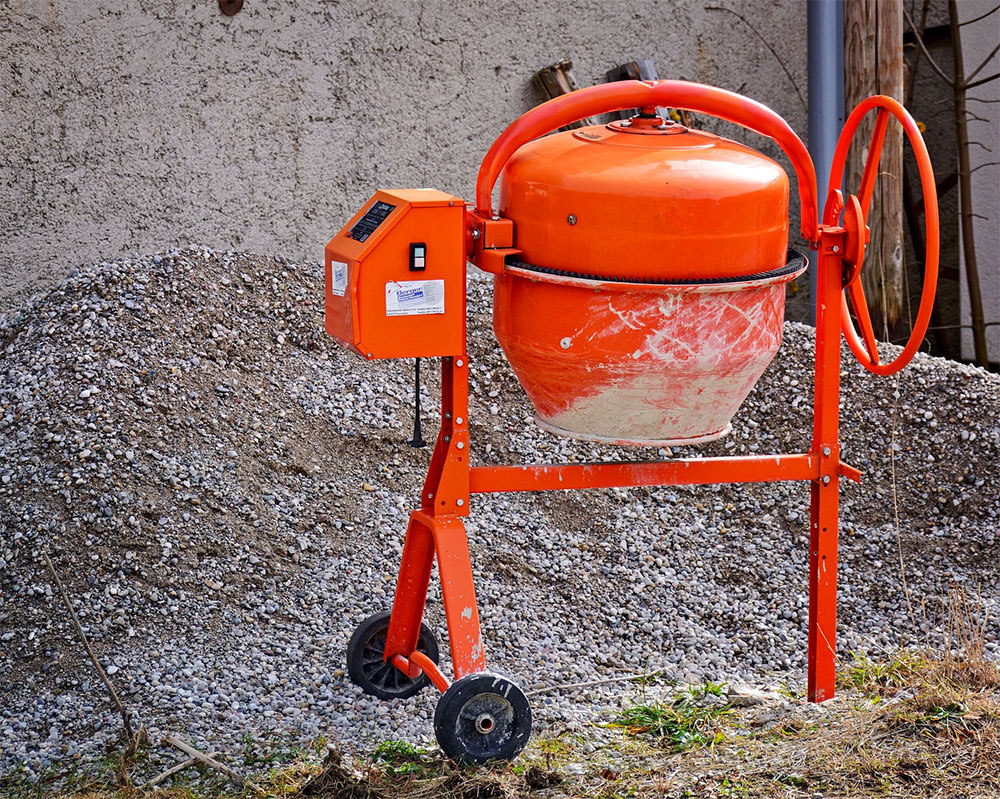 I finished pouring everything in the mixer within about 10 minutes.

He turned around and saw me standing there and got a scowl on his face, thinking I had been standing there doing nothing the whole time. So in his colorful construction language, he told me to pour a bag of concrete in the mixer.

I tried to tell him that I had already finished the mix, but he didn’t want to listen, so I said “Ok, I guess I’ll pour a bag of concrete in here,” therefore adding one more bag to the mixture I had already made. I knew that it would mess up the mixture, and that the machine wasn’t really big enough to handle the entire double-batch of all three items in the mix.

I think I was trying to “teach my boss a lesson.” That’s not how you do it. Not with things that cost money.

After a few moments, my boss glanced at the mixer and noticed that there was too much dry concrete compared to the water and sand.

When he questioned me about this, I grinned slightly and said “you told me to put a bag in there.”

That almost got me fired. And it definitely got me a “stern talking to.”

I instantly started going through all of the reasons why it wasn’t my fault in my head, but he was mostly concerned with the mixture and the materials he paid for. He definitely wasn’t concerned with my feelings, or with anything else I had to say.

He was able to add just enough sand and water to make a double batch that filled the machine right up to the brim. And that was ok, because we needed all of the concrete, but there are two important things to note here:

Now back to the story…

After he finished fixing my mistake, we had a “conversation.”

He basically told me that I shouldn’t of put the other bag in there if I had already made the mixture. When I said “tried to tell you that,” he looked at me like was five years old. Probably because I was acting like I was five years old.

We both knew that I knew not to pour the bag in there, and that was all he cared about.

What Did This Teach Me?

This taught me a huge lesson. I was in the real world now.

I would no longer be able to live in my childish ways and expect to move forward in life. It was an eye opener, even though the blow felt like it went straight to my gut.

That was the last time I ever tried to “play the fool.” I knew that it no longer mattered what I “thought” people intended. I could no longer use my “perspective” as an excuse to make a bad decision.

In the workplace, reality is all that matters, and often, perception is reality.

We do all kinds of things as children that are not acceptable from an adult. But too often it takes an actual experience to teach us this. Sometimes a bad experience can be a good teacher, but it’s easier to learn the lesson before you make a big mistake.

This leads me to another point…

2. Your Feelings Aren’t a Factor

When you’re a child, you can get or do certain things due to your feelings.

You don’t feel like going to the babysitter? Ok, you can stay home and your mom can completely change all of her plans because of your feelings.

Enter: adulthood. Your feelings are no longer a factor. 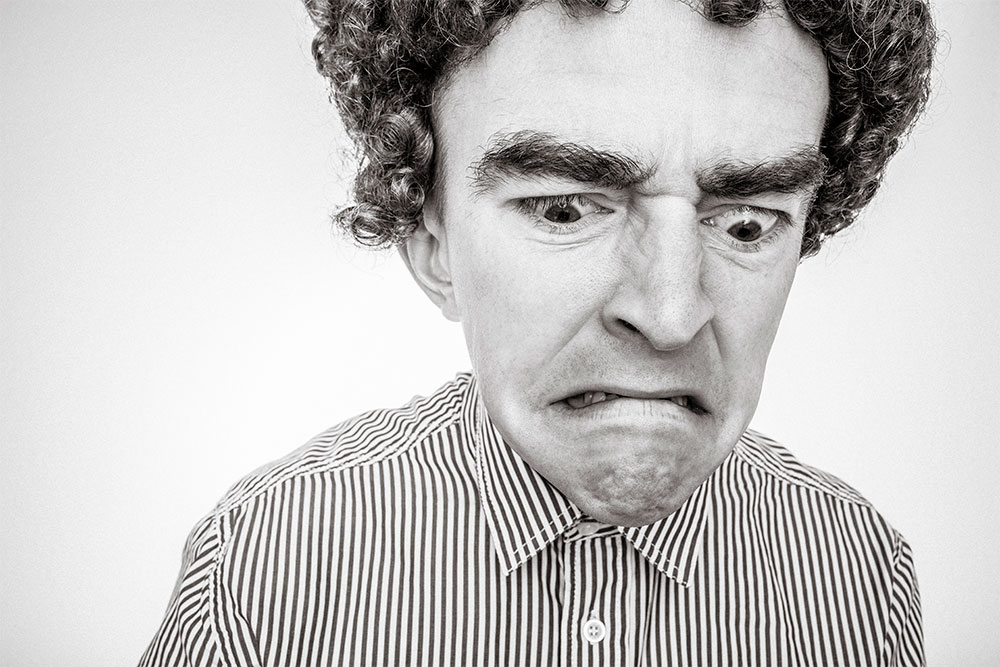 You don’t feel like going to work? No big deal. Don’t go. And… you’re fired.

You still make the choice whether to go to work or not, but now there are consequences. Real consequences that don’t just affect you, but also your family.

It’s best to leave your feelings where they are. It’s ok to have them. You can’t make them disappear, and you wouldn’t want to if you could. But they aren’t a factor when it comes to work.

That doesn’t mean that we don’t have some serious issues sometimes that may require time off for emotional recovery, but I’m not talking about that.

I’m talking about getting your feelings hurt over small things.

I know, for me, my wife is the only person in the world who can truly hurt my feelings. And she knows this, so it rarely happens. But I haven’t always been this emotionally “tough,” you could call it.

I used to take everything personally, and get my feelings hurt all the time. It was so unproductive.

I think you get the point. I just think we should all be more careful about letting our feelings get involved in our work. I learned this from a crusty contractor on a hard construction job, but the lesson applies to all of us.

This could be a separate article all together, but I’ll keep it short.

The first morning I started my construction job, I showed up to the site to find a guy I had never met standing there. He was obviously a construction worker, but I didn’t see the guy who hired me.

I walked up and introduced myself. His name was Vance, and he was a nice guy. 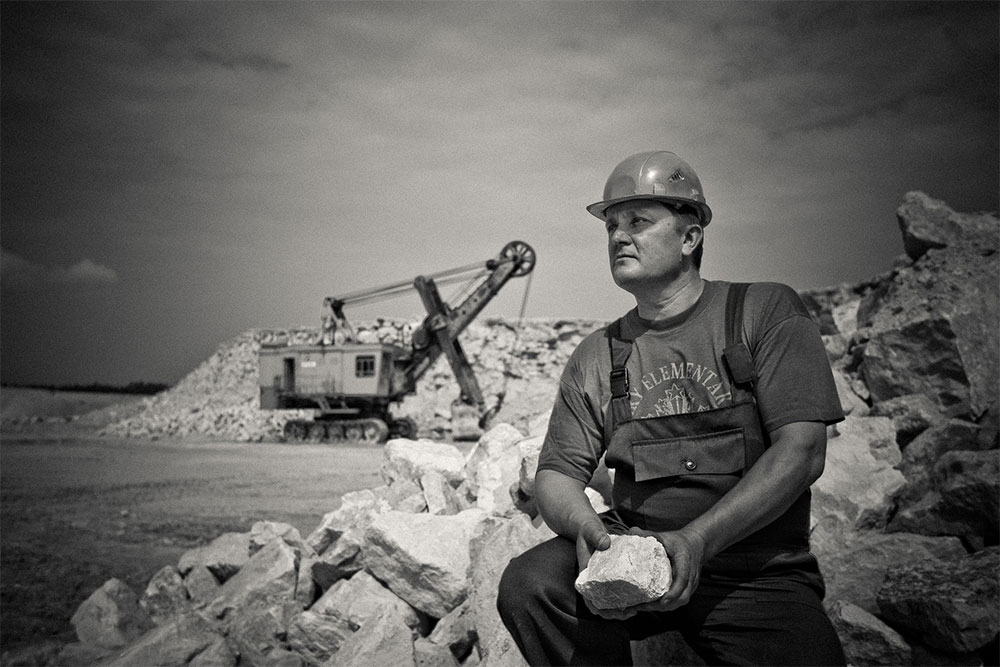 I asked him how long he had been working for our boss.

Apparently, Vance was working another job that morning. My boss drove by and asked him how much he was getting paid.

And there he was. Supposedly, this is common in the construction world. People are always bidding for good workers. It seems wrong to me that someone would walk away from a job they agreed to do, but I guess it happens often.

So Vance was now making $16 an hour, and my boss was driving around looking for another skilled worker.

Keep in mind that I wasn’t a “skilled worker,” I was just a laborer who didn’t really know what I was doing. I was learning how the construction world worked.

A few minutes later, the boss returned. He couldn’t find anyone else, so it was just the three of us.

That day Vance dug a huge trench, laid bricks, poured concrete, and ultimately saved the day when we accidentally cut through a sprinkler system. I had no idea that sprinklers were all electronic (seems like a bad idea to me), but Vance had dealt with them before and he was able to completely rewire the system around where we were working.

Now, at almost 30, I have plenty of friends in the construction business. I’m pretty sure the lowest paid construction worker I know is making around $40 an hour, and he doesn’t have half the skills Vance had.

Vance could have been a contractor himself, but he didn’t want the responsibility. He could have been paid three times as much as he was, but he’d rather spend his entire day working for $16 an hour, and not even spend 10 minutes looking for a better paying job.

The contractor knew Vance was worth more than $16 an hour, but he also knew that as long as Vance didn’t know that, he could keep him employed for that wage.

Thinking back on it, I guess anyone who would walk away from a job they agreed to do, for $2 an hour more, may not be worth much more than $16.

Ultimately, it’s up to you.

The Most Important Thing I Learned

I didn’t work construction for long, but I’m glad I did it.

It taught me to learn from every job you work.

If someone is making more money than you, find out why.

If someone seems to be getting paid less than they’re worth, find out why.

When you do make mistakes, take the growth-mindset and say “I’m so grateful that I had this opportunity to learn something today.” It sounds corny, but it will help you way more than feeling sorry for yourself will.

I never intended this to be a series, but with the success of the other articles I’ve written about what other people taught me about money, I decided to keep it going.

Check out the other lessons I’ve learned: