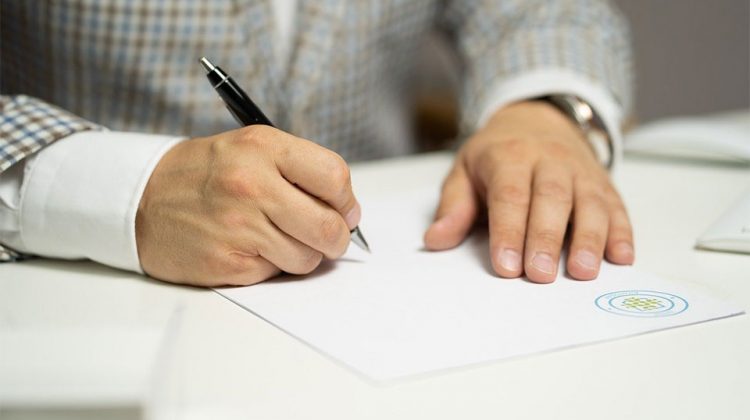 If you are peripherally aware of how the world of money lending works, you might have heard of a promissory note, but not actually have looked into what one is and how it works.

Understanding its implications and knowing the differences between it and a loan agreement is important, especially if you are presented with the opportunity to sign one. So with that in mind, here is a quick investigation of the definition and the distinctions that set a promissory note apart.

A promissory note is, in essence, a document signed by a lender and a borrower, with the purpose of the note being to set out the specific terms and conditions under which the money is being borrowed.

Although the contents of a promissory note can vary, in general you can expect one to include facts such as the sum total of the loan, the rate of interest, the value of the repayments and their frequency, how many repayments are to be made to satisfy the loan, and any collateral which is being put forward to support it, if any.

How to Create a Promissory Note

If you need a promissory note for your own use, it has never been easier to create one which will adhere to accepted legal standards thanks to the availability of online creation tools that allow you to build your own custom online promissory note in a matter of minutes.

Of course if you are in any doubt, it is still best to consult a legal expert, but the days of needing a lawyer for every transaction are over thanks to the rise of web-based document services like this.

This level of accessibility is probably why it is not just businesses that might choose to use promissory notes, but also individuals; they can be put to work when you are lending a sum of money to a friend, family member or colleague, for example, and you want to set down in writing the deal that is being arranged so that there is no ambiguity.

Likewise while both parties can sign a promissory note, this is not usually essential, as it is more about setting out the obligations that a borrower must adhere to. Meanwhile in the case of a loan agreement, there are also obligations that are relevant to lenders, which is why they must also sign this type of document.

Ultimately depending on the circumstances you may need to sign both a promissory note as well as a loan agreement, such as when getting a mortgage, covering all the bases. For smaller loans, personal interactions or generally simpler lending situations, a promissory note may be adequate, although again it may be necessary to get a lawyer involved in any case.