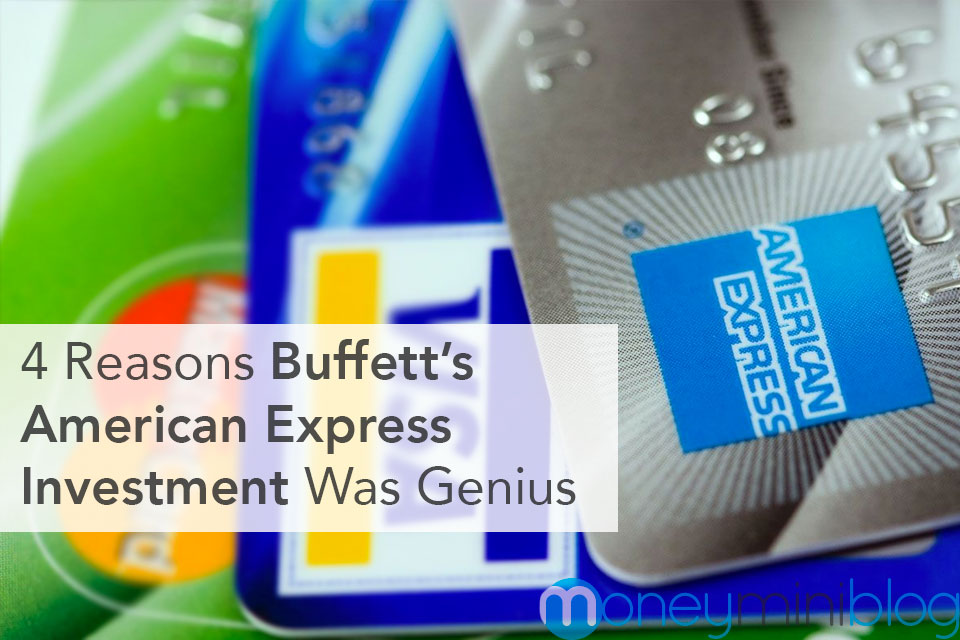 Warren Buffett is one of the most famous and richest investors of all time. He has amassed a fortune of over $80 billion and has held the position of the third richest person on the planet. In 1964, Buffett invested in the financial services company American Express. The Oracle of Omaha’s purchase of this company would forever change his views on investing.

Before he had invested in Amex, Warren was famous for buying bad companies at cheap prices. He would make a profit since the company’s stock was way cheaper than what it was actually worth.

Yet, this would all change when he met his lifelong friend and business partner, Charlie Munger. In 1959 the two would officially meet and since then their lives would never be the same.

Charlie Munger realized that Warren could make a lot more money if he started using a different investment strategy. Munger would advise him to spend more time investing in great companies at fair prices, instead of abysmal companies at cheap prices.

In the early 1960s, American Express was competing with Diners Club International through their sales of credit cards. Diners Club is famously known to have issued the first international credit card in history in the 1950s. However, their brand was simple, having their cards made of cardboard instead of plastic.

When American Express started selling credit cards, they looked more like a symbol of status. Their sleek plastic design and appealing logo of a Roman guard made consumers feel like they were special. For this reason, American Express distinguished itself from Diners Club as the more expensive, yet even more prestigious option. Warren Buffett realized this and quickly discovered that the company’s brand had a huge edge over its competition.

The business model of American Express is dependent on the frequent spending of their cards by consumers. The company would then issue different premium discount rates that encouraged customers to keep using their cards. If customers keep coming back, then sales numbers are bound to increase. Together, their business model combined with a solid brand created a customer base loyal to American Express. Warren Buffett loves it when businesses have loyal customers since it allows them to have better control over their prices.

In 1963, American Express was in the middle of a serious scandal that nearly wiped out the entire futures and commodities markets. The scandal originated from Tino De Angelis, a wealthy commodities trader who bought and sold vegetable oil futures. De Angelis used his massive inventories of commodities to attract loans from well-known Wall Street banks and financers.

His schemes came to an end when on November 22nd, 1963, authorities discovered that the barrels he was shipping over actually contained mostly water. This caused a huge decline for the futures market dragging down American Express shares with it. When Buffett saw the news, his instincts were to ignore the temporary scandal and use it as an opportunity to invest in a great company. American Express’s stock price gradually started to increase after the scandal subsided; making Buffett and his investors millions.

3. It Helped Him Evolve as an Investor

Since the stocks he was buying were going to remain in his portfolio for decades Warren had to find better quality companies. He started looking for businesses with good brands, along with great management.

With these attributes, Buffett knew that American Express was a great company. Following the Salad Oil Scandal, when most investors would have shied away from American Express, Warren went all in. Buffett’s famous quote, “only when the tide goes out do you discover who’s been swimming naked”, pays homage to his investment in American Express. His tenacity would lead him to many other similar trades in his career.

Warren Buffett’s 1964 investment of American Express is almost identical to some of his other most famous investments. Buffett started basing his decision to buy stocks centered on the grip an individual company had on consumers. He would then start seeing any bad publicity as a positive, if the company itself seemed good on paper.

Around the year 1990, Buffett would acquire a large stake in the bank stock Wells Fargo. The company’s management and culture impressed him, resulting in Berkshire Hathaway to own 9% of the company to this day. Warren had also invested in Wells Fargo during a crisis. The early 1990s came with a downturn in California’s real estate market, where Wells Fargo is based in.

M&T Bank is another firm that Warren had invested in during the early 1990s. The bank was in a crisis as well. While everyone else was staying away from the company Warren didn’t hesitate to buy as many shares as he could.

Even Goldman Sachs couldn’t escape the capital that Warren could provide. The investment bank was in serious trouble when the crash of 2007-2008 shook the financial world. Buffett used his capital to save Goldman Sachs from a disaster and profited off their bargained stock price.

In 1988 Warren Buffett and Charlie Munger sought out the soft drink company Coca-Cola. The powerful effect of Coke’s marketing is what attracted Buffett to the company. Coca-Cola’s brand is what keeps customers coming back to drink their soda. Buffett bought about $1 billion worth of Coca-Cola shares shortly after the crash of 1987: Coca-Cola’s stock had been severely devalued during the crash.

Most recently, Buffett decided to invest in Apple after years of notoriously avoiding technology companies. Both he and Munger were persuaded by the iPhone and its capacity to impress consumers. In May of 2016, Berkshire Hathaway bought around 9.8 million shares of Apple stock. During this time, Apple share prices had hit a bottom. Investors feared that the pressure being put on the iPhone from its competitors would weaken its sales. Since then, Apple has gone up nearly 157%.

We can see a trend in Buffet’s investment style after the year 1964. Warren likes to buy stocks when nobody else wants to, and he also likes companies with good branding and capable management. This is exactly what made his investment in American Express so genius. He figured out that the best investments come from great companies that are in hot waters with the market. A company’s stock price is different from its actual value. American Express helped him realize that Charlie Munger’s advice was right and that he could apply it to any great company in the stock market.