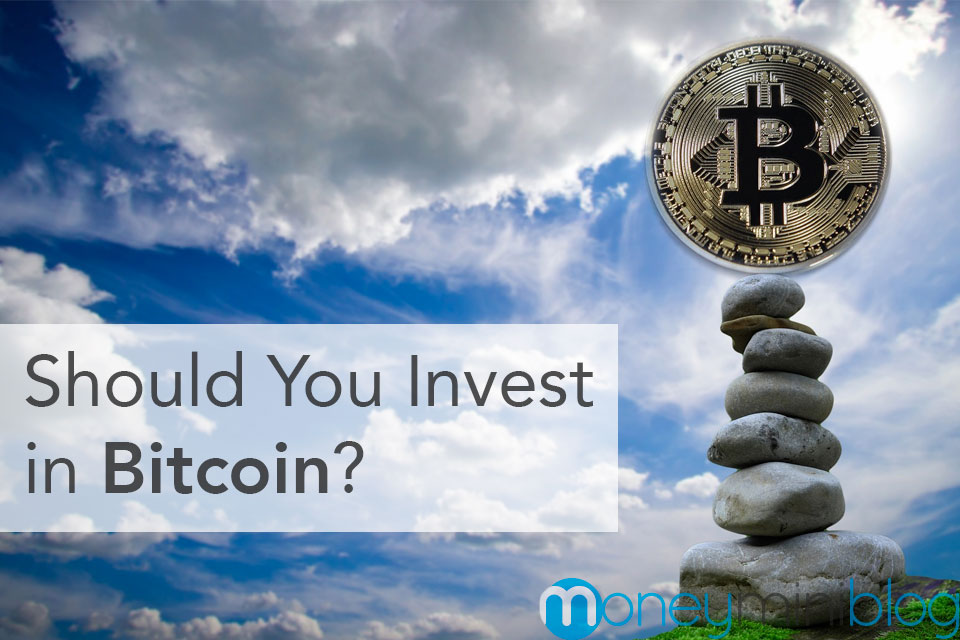 Note from Kalen: With all of the articles we’ve had lately on Bitcoin and cryptocurrencies, it’s time to look at the most basic question: should you invest in Bitcoin? Here’s some insight.

2017 was the year of cryptocurrencies and one crypto asset stood head and shoulders above all of the others.

Bitcoin saw a meteoric rise in its USD value during the last three quarters of the year.

What inspired this bull market run? Was it the adoption of the currency by countries such as Japan and Vietnam, or is there something more sinister to the biggest financial bubble in history?

If you are captivated by the rising price of BTC and feel like you are missing out on the price rise, here are five reasons why you should think about it before you convert your national currency into the digital asset.

Why Do You Want to Invest in Bitcoin?

Why do you want to invest in Bitcoin? Is it just because you feel that you are being left behind by the skyrocketing price? If all you want to do is make money by ‘investing’ into this crypto asset, then you may need a better strategy. Investors that put their money into a short-term asset such as Bitcoin, with the hope they will see a large return in the near future, are known as speculators.

Speculating on the price of Bitcoin could be hazardous to the health of your bank balance. Bitcoin is well known for its massive price movements and if there is a crash in the market, you could lose you entire investment. Real investing is built on fundamentals and research, if you have done neither, then your money is at risk and you should not invest in Bitcoin.

Crash and Burn, or to the Moon?

No-one knows whether Bitcoin will shoot to the $50,000 threshold predicted by john McAfee, or whether it will crash to below its $1,000 price. You could be caught on either side of the move if you are exposed to the market. There are convincing arguments for both scenarios, so make sure that you are prepared for anything if you do decide to buy Bitcoin.

The Biggest Bubble in History

Bitcoin is the biggest bubble in history, greater than the Tulip bubble and even the South Sea bubble. Bitcoin saw its price shoot from under $1,000 per coin in early 2017, to nearly $20,000 by the end of the year. This wild growth caught the attention of the investing public and many people have entered the Bitcoin market as a result.

However, all financial bubbles eventually burst and the current 50% loss from Bitcoins highs to just over $10,000 per coin could be a sign that the bubble is bursting. The general market sentiment around Bitcoin is still positive, so what has caused this sell-off in Bitcoin during the first month of 2018?

The Legal Status of Bitcoin

Bitcoin continues to be reviewed by national governments all around the world. Many countries have already adopted Bitcoin, with Japan announcing in April of 2017 that they would accept Bitcoin as legal tender. Since this move by the Japanese government, more countries and businesses have moved to adopt Bitcoin as a payment method. However, as a deregulated financial asset, Bitcoin may receive some push-back from developed economies in 2018.

The biggest existential threat to Bitcoin and the entire cryptocurrency market exists in the form of fraud. Being that Bitcoin is a deregulated financial instrument, it has no affiliation with any national government and therefore does not need to meet financial regulations. This has opened up the door for massive fraud in the market, perpetrated by cryptocurrency exchanges.

Some exchanges have created worthless tokens that are traded for cryptocurrency on a few exchanges. However, the exchanges make no promises to redeem these tokens for cash. This means that ‘investors’ in cryptocurrencies are unable to withdraw their funds from their exchange wallets. Instead, they have to jump through hoops to cash out their Bitcoin.

Whether you decide to invest in BTC or not is a personal choice that no-one can make for you. However, keep your ear to the ground and listen to bitcoin news updates every day. Being aware of the current market status and researching the trade possibilities will keep you ahead of the pack.