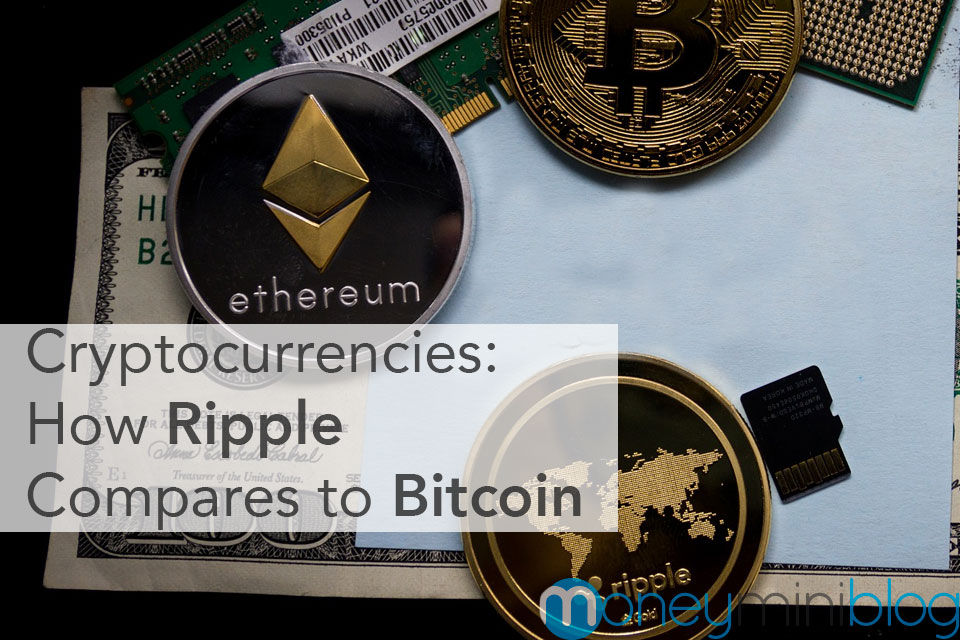 You’ve heard a lot about Bitcoin lately. Let’s talk about another cryptocurrency.

However, at the start of 2018, investors paused for a breath from Bitcoin, with some turning their attention towards Ripple.

Ripple has went back and forth with Ethereum to snatch the title of second largest cryptocurrency.

But the price isn’t the only difference, the two cryptocurrencies also have very different governance and ownership structures. Bitcoin is highly decentralized, owned by a community that agrees on changes, Ripple is owned by a private company.

The decentralized approach of Bitcoin is some of the appeal. It means anybody is able to use it for exactly what they want, which in a way, is also currently supporting the price and lends the virtual currency to speculative trading.

Ripple, however, is marketed as more of an asset transfer solution for larger sums. It’s considered an alternative to a SWIFT transfer and its focus is more business to business, rather than peer to peer, which some say narrows its appeal for speculative trading consideration.

Bitcoin is already far more mainstream than Ripple as far as trading is concerned. Bitcoin futures contracts can be traded on the CME or CBOE exchange, with the Nasdaq looking to start trading around March. This is not the case for Ripple, futures contracts do not exist and currently there is little talk of them coming out. That is not to say they won’t. If we’ve learned anything from the meteoric rise of bitcoin, it’s to expect the unexpected.

Ultimately, it’s your call if you get involved in Bitcoin, Ripple, or neither. But if you are interested in cryptocurrencies, it may be a good idea to start looking at all of your options.

How can you trade bitcoin? Capable brokers are offering bitcoin to their clients. One such broker is the award winning Australian broker Vantage FX. They are an ECN broker with some of the best spreads in the industry and unrivaled execution. They offer bitcoin trading through an MT4 account. However, be warned that trading Bitcoin is not for the faint hearted. This is a hugely volatile asset so be sure to have a firm grasp of how you will manage your risk in the trade.