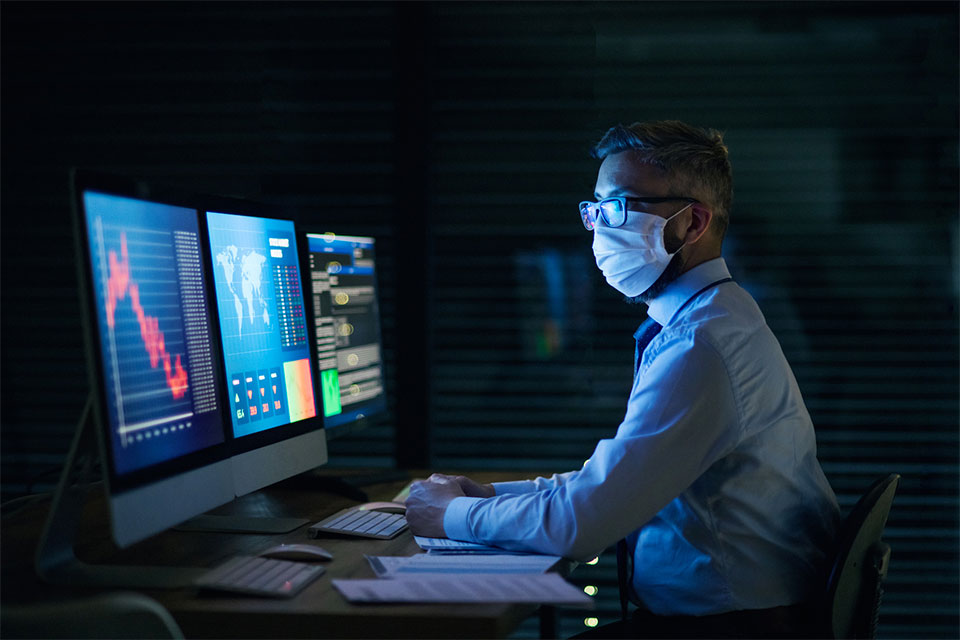 In a time such as this, where our survival instincts are at its peak and nothing else really matters, we can say that economically the world is at a standstill. The COVID-19 pandemic has ground the world to a halt, and the world is bleeding. The lack of productivity, especially from the labour perspective, has affected the sustainability of most markets. With the manufacturing, airlines, retail, and educational sectors been the most affected. This is largely due to the restriction of movement and self-isolation that governments around the world have implemented to curtail the spread of the virus.

However, no matter how critical the pandemic is there are industries or markets that cannot be closed or grossly affected by the virus’s impact as these industries are essential for human survival. And no matter how much recession exists these industries are expected at worst to be affected just a bit. The last time that the world economy was hit at such magnitude was during the 2008 financial crisis. And recently, the IMF announced that the world has entered a recession. In spite of these current trends, there are a handful of markets that have not been drastically affected by the pandemic. Let’s take a look at them.

Evidently, the health sector is man’s defence against the outbreak and as such would need a lot of immediate funds put in the sector. As any nation that cannot properly fund its health sector in such a time as this would be hugely impacted. This means that the supply chain of the health industry would, in fact, be overwhelmed by demand. Over the past couple of weeks, there has been a sharp increase in demand for masks, disinfectants, sanitizers, as well as other products.

Also, the fact that there is no cure yet for the virus even makes it more alarming for so many people. And all possible precautionary measures known to people are being strictly adhered to. This has led to a surge in demand for the above-listed product. Health being an essential part of human existence is one area that will, by and large, continue to thrive or in the worst-case scenario remains as it is. After the pandemic status of the virus was confirmed and lockdown measures were proposed there was an increase in the demand for essentials like food, toiletries, and especially, sanitizers, disinfectants, and masks.

This is another market that has seen an increase in its revenue. With compulsory self-isolation, people need to constantly be in touch with their loved ones who for one reason or the other couldn’t be in the same location. Tools such as video calls, conferencing, online calls have been in high demand in recent times and have even grown with this lockdown, as organizations had to adapt to working from home and staff communicating to achieve their goals. Organizations such as schools, churches, government agencies, multinationals, and other traditional setups that have not had a need for online communication have had to evolve. Job tasks, briefing, submission of such tasks have now been compulsorily done online.

This increase in demand as seen in the revenue of telecom companies increases as they are the main propeller of this means of communication. The proper use of telecommunication would help these organization’s activities not totally come to a halt but they can still carry out essential tasks and roles that define them. Such as online services for churches, e-learning for schools, and a lot more. This pandemic is already changing the work environment as one thing is becoming more obvious, remote work. And it is expected that even much after the lockdown is over, work spheres would become more open to remote work.

With the sudden loss of the ability to go out, work smoothly, so many people find varying ways to keep themselves safe and sane. Thus, there has been a huge spike in activities such as gaming and social media usage. For example, Verizon has recorded a 75% surge in the traffic it gets on its online gaming platform during peak periods. And this trend is expected to continue for as long as the lockdown is in place, meaning there would always be a need for home entertainment.

The same can be said for social media platforms, as it has also become a way of keeping in touch with families and loved ones. In a survey carried out in Mid-march, there was a 40% increase in Whatsapp usage, as well as a 37% increase in Facebook’s as well. All these evidently make it clear that humans are not used to be confined, and if it must happen there must be forms of distraction to keep people sane.

The cannabis industry is another market that has been recession-proof as well during this period, it has instead seen an increase in demand. Most U.S. states have classified cannabis as an essential need, especially as there is a large population of medical cannabis patients that depend on the products to ease their pains and be relieved. Most dispensaries have seen a surge in cannabis sales since the self-isolation started. There has been a 48% increase in demand as people went into panic buying not necessarily knowing when it would be over. Some dispensaries in California have been overwhelmed that they have had to turn down some deliveries.

In a time like this, the cannabis space needs a network that would be a sort of middleman between dispensaries and patients. That would take up the responsibility of being the one that informs the patients of where they can find cannabis closest to them without having to wait long, join a queue, in order to make social distancing effective. This is similar to the tech company Veriheal and their networking and consultation services where they link patients to physicians as well as dispensaries.