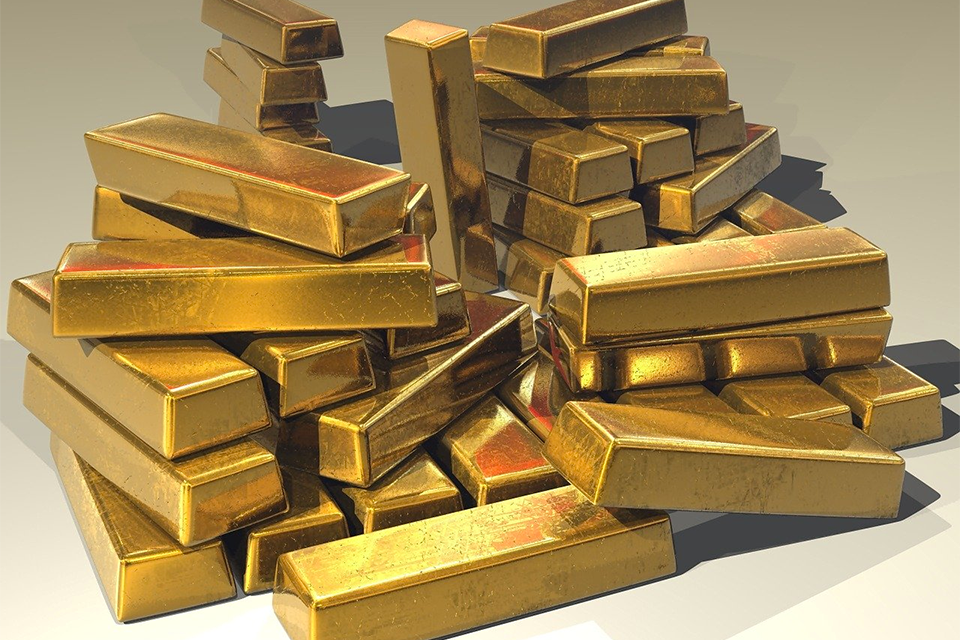 When a recession happens, investors seek a safety net to protect their investments against the crushing effects of an economic downturn. This safety net is often gold, and if people want to buy gold, companies like Karatbars, which is the leader in the market of small gold items, often gain more from a recession than they lose.

Recession kicks in whenever a nation suffers two consecutive declines in its gross domestic product (GDP), which is the collective value of all goods and services produced within a country.

For over a century now, each decade has been accompanied by at least one recession. The great depression from 1929 to 1938 was the longest and most scorching in the history of the United States. During this period, the rate of unemployment reached a record number of 25 percent, and a lot of businesses declared bankruptcy. The great depression was further deepened by the effects of the Second World War.

The most recent is the great recession of 2008, which lasted for 18 months and saw a 4.3 percent fall in the United States GDP. During this period, the unemployment rate peaked at 10 percent. The 2008 recession was the result of the housing bubble, which was brewed by intense corruption by the rating agencies.

By mid-May, oil prices had spiked and then came crashing down, crushing the United States economy and extending far across the globe. The U.S. stock market saw a record low with massive selloffs, with many companies’ stocks going all the way down to zero. This financial crisis threw the entire global market into a tailspin.

Since 2019, economic analysts have been projecting a possible recession in 2020. That being said, the present hardships can be directly traced to the effects of the COVID-19 pandemic, which has crippled economic activities all over the world because people are being forced to stay indoors to curtail the further spread of the pandemic.

As fears of an impending recession continue to rise, the crucial question in the mind of every investor is: “What is the best way to protect and preserve the value of wealth against a potential fall of the U.S. dollar, stocks, and the entire economy?” For centuries now, investors have relied on gold as the most reliable safety net when a recession hits.

In the past two decades, gold has witnessed an astonishing 600 percent surge in value. This also has effects on currency devaluation and hyperinflation, gold investors who stuck to gold regret absolutely nothing.

Today, investors have a wider range of options when investing in gold; they could choose to own physical gold bullion, gold exchange-traded funds (ETFs), or paper gold products, which was developed by Karatbars.

Investing in small gold items is becoming very popular among new gold investors and those that want portfolio diversification. Karatbars International, a global company that is the leader in the market of small gold items, has specialized in serving this group of investors. Karatbars has achieved more than $100 million of annual revenue and maintains a highly successful affiliate marketing system with more than 850.000 affiliates in about 140 countries. Their CashGold solution mimics the formerly abandoned gold standard, which is widely considered to be a highly effective monetary system.

The ripples of the impending recession have caused a spike in the price of gold. In February, gold recorded a whopping seven-year-high as news of a potential recession loomed over everyone’s heads. There is no doubt about gold being a safe-haven investment when stocks plummet. However, the big question is: How has the price of gold fared in previous recessions? Has gold defended its safe-haven narrative? The answers are in the historical numbers.

How previous recessions affected the price of gold

Recessions are financially and emotionally trying times for everyone. And while no one wants to experience them, they are almost inevitable. The invincible force of a recession works to cleanse the excesses that have been built up in good times. Many people perceive a recession as a period of wealth transfer.

How, then, can people protect themselves against the scorching effects of a recession? History points towards gold as the most viable answer. It is also important to know that gold is priced in U.S. dollars, a potential rise in the value of the U.S. dollar could trigger a fall in the price of gold. That being said, the reverse is also true.

In the most recent 2008 financial crash, the price of gold surged by over 29 percent, while stocks witnessed one of the biggest declines in history. The S&P 500 index fell by over 56 percent within two years before bouncing back.

Based on this, gold has lived up to its safe-haven narrative in the past decades, and investors are even becoming more confident in the yellowish precious metal.