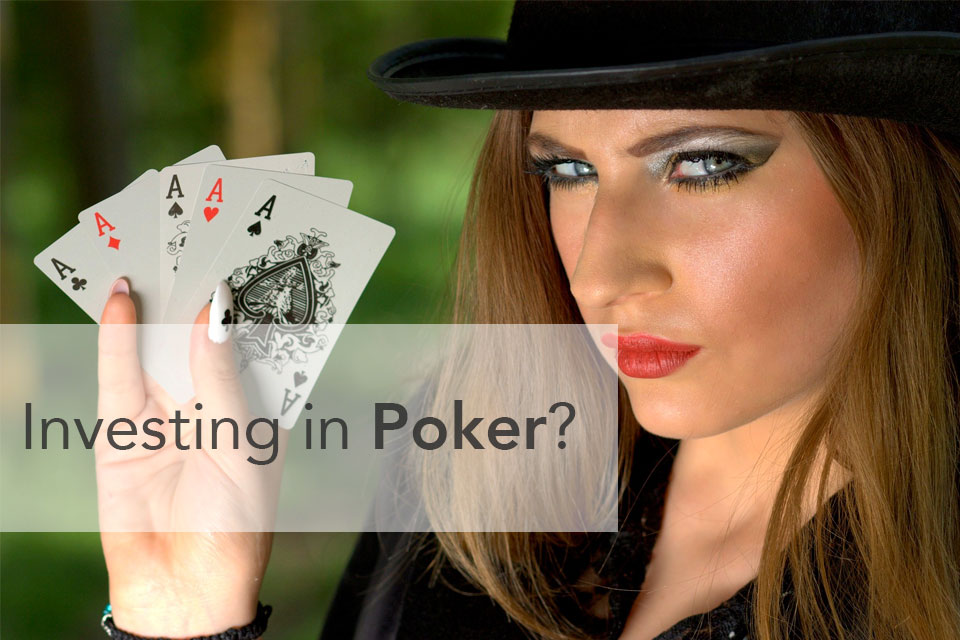 Note: This is an interesting insight into a type of high-risk investment. This is not intended as investment advice, but purely as information. Some people say the stock market is like gambling, and it certainly can be. So this form of investing shouldn’t surprise anyone.

They say that money follows money so it’s not surprising that a new area for investment has steadily been growing in popularity over the last few years.

It has followed on the back on a huge global upsurge in playing casino games in general and poker in particular which has seen an amazing boom in the levels of participation – so much so that its biggest event of the year, the World Series of Poker – broke all records for attendances in 2016.

Many believe that it is the rise of the online casino that has been the driving force behind the poker boom. Not only is the online game the perfect environment to learn the basics in relatively low-stakes games, it’s also a far more gentle introduction than playing in live games.

But as players become more proficient and start winning more often than they lose, the lure of the tournament starts to become irresistible.

It’s not surprising that these events are proving to be such a big draw – the largest tournaments offer the chance to win seven figure sums for what can amount to as little as a couple of days work.

But, for many emerging players, the one stumbling block is often raising the full “buy-in” amount to play – and the bigger the potential prize, the higher this can be.

So there has also been a growing trend for investors to provide a proportion of this amount with the agreement that they will receive a similar proportion of any winnings the backed player makes.

The rewards can be huge. In one well publicized example the highly regarded player Daniel Negreanu received a 13% backing in one tournament and went on to win $8.2 million dollars, a great result both for him and the investors who backed him.

But it’s certainly only a good idea for the investor who is comfortable with a considerable amount of risk and there’s a great deal to be considered before taking the plunge.

For example there has to be a great deal of trust between player and backer, as well as the small question of choosing a player who stands a good chance of winning. There’s also the issue of whether the player or the investor is responsible for paying the tax on any of the winnings. As most agreements are sealed with no more than a handshake it’s easy to see just how misunderstandings can occur.

However with such high potential returns these considerations are unlikely to deter everyone so it’s likely to be a trend that will continue to grow – particularly with the less risk-averse kind of investor..