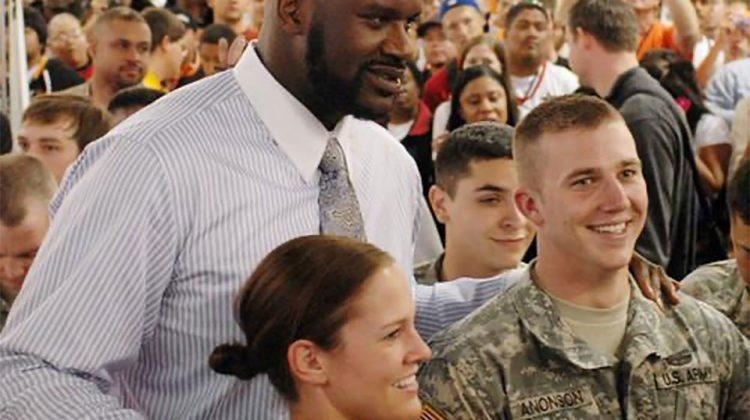 Elite-level athletes earn astronomical sums of money from their salaries. They receive so much money that they can live comfortably for the rest of their lives once they retire from professional sports. While this is true, many sportsmen and women go one step further and combine their superstar status with their vast wealth to create business empires.

Shaquille O’Neal is an NBA legend who is a Naismith Memorial Basketball Hall of Fame inductee. The NBA Most Valuable Player of 2000 ranks 8th all-time in points scored, which is why punters flocked to the sportsbooks. If he would’ve come on the court in today’s world, punters would be flocking to online sportsbook Bovada; he was that good. Shaq’s off-the-field activities are arguably more impressive and have helped push his net worth north of $400 million.

O’Neal officially retired from playing on June 3, 2011, but he had already built up an impressive portfolio of endorsement deals before calling time on his 19-year playing career. The highly-marketable mountain of a man struck deals with Pepsi, Buick, Papa John’s, and more, but it was only when he retired from playing basketball that his investment career skyrocketed.

At one stage, O’Neal owned or part-owned 155 Five Guys Burgers restaurants, which was almost 10% of the entire company’s portfolio. Throw into the mix 150 car washes, more than three dozen 24-hour fitness centers, a movie theatre, and 17 Auntie Annie’s Pretzels restaurants, and you can see why O’Neal’s net worth is at the level it is.

You cannot write an article about athletes with huge investment interests without mentioning the legendary Michael Jordan, the man who became the NBA’s first-ever $1 billion man; he’s now worth $2.1 billion.

Jordan is widely regarded as the best-ever basketball player of all time, and his superstar status helped elevate Nike’s Air Jordan sneakers that launched in 1984 and remain popular today.

Since his official retirement, Jordan has become a majority shareholder in the Charlotte Hornets NBA franchise, fielded a NASCAR team, co-owns an automotive group, and has owned several restaurants. His endorsements and investments regularly pull more than $100 million annually.

LeBron James is nicknamed “King James” thanks to his on-court prowess, but business types refer to James by this nickname due to his business acumen and ability to pull in the biggest endorsement deals.

James is 37-years-old and approaching the end of a glistening playing career. The four-time MVP has earned over $1 billion during his 18-year career, including a staggering $600 million in off-the-court earnings. His long-term deal with Nike makes him tens of millions per year.

He is a partner of Fenway Sports Group, which gives him a stake in MLB franchise the Boston Red Sox in addition to the English Premier League team Liverpool F.C. However, it is James’ video-production SpringHill Entertainment Company that he formed in 2020 that is his biggest asset, one worth $725 million today. This company was behind the movie Space Jam: A New Legacy, in which James starred in.

Earvin “Magic” Johnson enjoyed a fantastic playing career with the Los Angeles Lakers, but he has earned much more money from his business ventures since retiring in 1991. Johnson owned 125 Starbucks coffee shops before selling them at a huge profit in 2010. he now has his fingers in several pies, including being an investor in aXiomatic eSports, the company that owns Team Liquid.