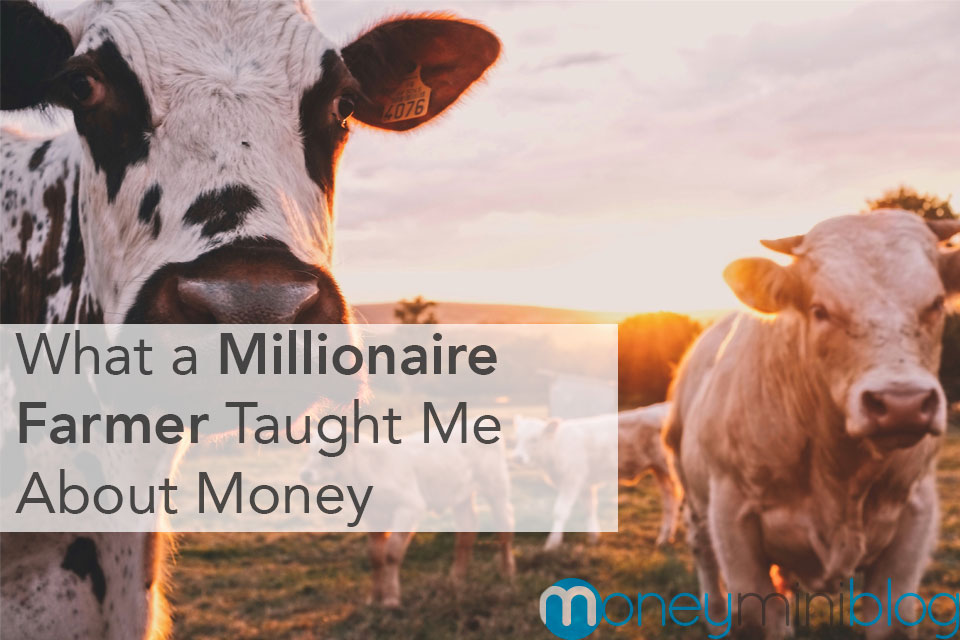 I have a friend who owns a farm in Missouri.

Actually, he owns a whole bunch of farms. Thousands of acres.

We will call him Gary. Because that’s his name.

Gary has taught me so much about money.

Some intentional, but some of most valuable lessons were things that he wasn’t actually trying to teach me.

The Life of Gary

Gary grew up in Northern Missouri.

He was used to the farm life and planned to own his own farm one day.

Now he owns more farms than he would have imagined.

He lives in a very nice home, right next to a nice pond for fishing.

It’s a peaceful life and he wouldn’t have it any other way.

So what happened between Gary’s childhood and now? Well that leads me to the first lesson Gary taught me…

1. Look for Opportunities and Seize Them

In the 1980s, the value of land dropped to record low prices.

It was devastating for many people who took out high-interest loans to buy million-dollar farms.

Gary saw the value of land plummeting and viewed it as an opportunity.

He started buying as much land as he could. He bought his first farm in his twenties.

He could have been scared off by the worthlessness of the land, but he chose to view it as an opportunity instead.

He was paying $200-$300 per acre for nice farmlands. You can add a zero to that for the price per acre today.

Always be looking for opportunities and always be prepared to seize them.

2. Explore All Your Options

There could be ways for you to make money right now that you don’t even know about.

Gary did some research and figured out about conservation programs for some of his unused land. Basically, the government pays him a certain amount of money per acre to not farm that part of his land. They only require that he mows it every few years.

If he didn’t know about that, he would have been making thousands of dollars less than he has been making for many years now.

He also learned that the government will stock your man-made ponds for free.

What? Free food, fishing and fun provided by the government? That never happens. Apparently, it does.

It was through research and learning that Gary was able to figure out about these options, and these are just a few of them.

Always explore all your options for whatever you’re interested in.

3. Do What Works for You

Gary is a farmer.

Farming works for him. He became a millionaire doing it.

You may not have a desire to run a farm, but you can still learn a valuable lesson here.

What opportunity will come in your lifetime? My guess is that you will have many. If you watch for them.

Gary invested in undervalued land. Now he is a millionaire.

Warren Buffett invested in undervalued companies. Now he is a billionaire.

Figure out what works for you and look for opportunities accordingly.

I have come to realize that if you keep the right mindset, success will follow you.

It’s important to always be learning. Constantly. We can learn from everyone if we want to.

Take something away from every experience. Use it to learn and grow as a human being.

Most importantly, never stop do that.