10 Reasons Why You Should Invest In Rare Coins 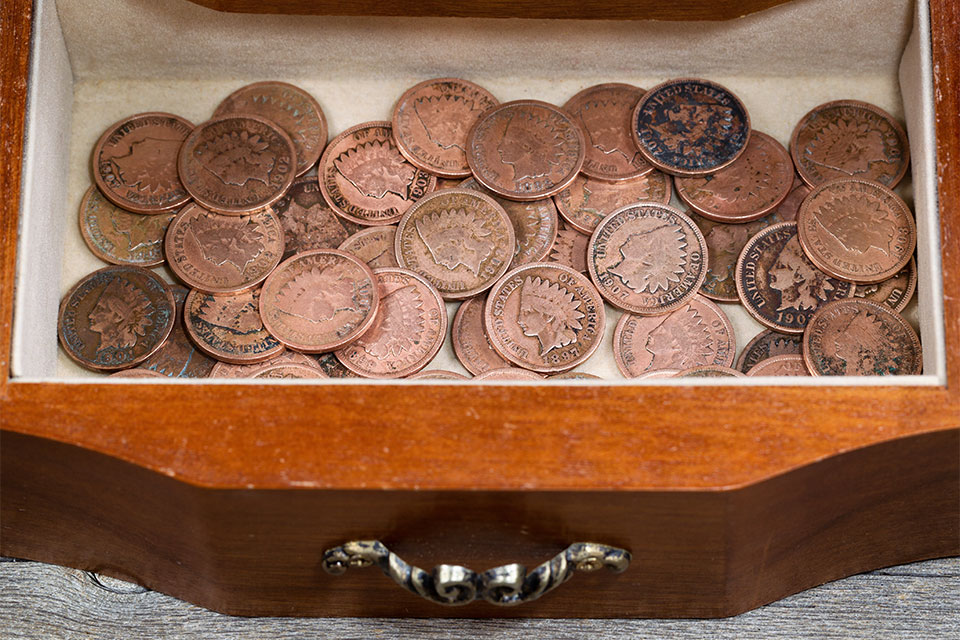 Chances are you’ve already heard many people say that rare coin investments are more stable when compared to other investment types out there. Such a popular opinion actually has more than just a grain of truth in it. There’s also the confidence that comes with the historical records showing that rare coins’ performance in the market isn’t closely reflective of the economy, unlike stocks and bonds. Nevertheless, rare coin investing should never be viewed by investors as a one-way investment. That’s because fluctuations still happen.

If you’ve already done a little research, you’ll agree that discussions about investing in rare coins generate mixed responses from both hardcore and average investors. The concern among average investors is their lack of expertise despite hearing about rare coin investment’s spectacular profits. While it’s true that it requires some specialized knowledge, novices should take heart from the fact that a lot of newbie investors have succeeded investing in rare coins with only a little experience. Also, if one lacks the inclination or time to study the ins and outs of rare coin investing, there are always experts in the field who offer advisory or consultation services. The potentially large profits of rare coin investing shouldn’t escape anyone.

Even before modern markets started to operate, many savvy investors have already been profiting from investing in collectibles, like rare coins. What’s their secret to success?  They buy coins of proven rarity and hold until the perfect time to sell to coin dealers comes. It’s when interest and investor demand in the collectible market broadens. Visiting websites of reputable coin dealers, like https://www.infinitycoins.com/, when it’s the right time to sell results in greater fortunes.

If you’re still not convinced that it’s a good idea, learn more about such a type of investment below and discover more reasons why you should invest in rare coins.

What Determines The Value Of Rare Coins?

The value of any rare coin is determined by several factors. That’s the first thing that novice rare coin investors have to understand. The factors that influence their true value include collector demand, cyclical timing, quality, populations, grading, pricing, and supply or dealer inventories.

Indeed, many aspects have to be considered when figuring out the price of valuable coins. Of course, quality, demand, and rarity are the major ones. Note that outside market factors can also impact the value of rare coins from different parts of the world. Examples of these factors are government policies in the country where the rare coins are stored, the performance of other investment vehicles, and inflation.

One of the greatest factors that impact the value of rare coins is their grade. That being said, only experts should perform the examination of the coins to make sure that the most accurate value is established. The good news is that there are coin grading services that can help ensure the reliability of any rare coin grading process. The coins will usually be placed inside a tamper-proof and sealed plastic slab upon grading. To assure consumers of the coins’ quality and legitimacy, both sellers and buyers place value on the slabbed and graded coins.

There are two major forms of rare coins. They’re the following:

It’s important to understand the different rare coin investing forms. Both numismatic and bullion rare coins should be viewed as niche investment strategies. However, it’s probably the bullion that will give you a smaller number of sleepless nights if you’re looking for a rare, high-growth coin investing strategy to follow.

Why Invest In Rare Coins?

So, rare coins have already been explained in a more in-depth manner above. Now, it’s time to look at why rare coins can be a good investment.

One of investing’s golden rules is portfolio diversification. You’ll often hear investment gurus saying that it isn’t a good idea to put all your eggs in just one basket. The best practice when investing is getting different financial products. Ideally, you should invest not only in real estate, but also in stocks, mutual funds, and, of course, precious metals, like rare coins.

Rare coin investing gives you the opportunity to diversify your investment portfolio. It can be a form of risk mitigation to help protect your hard-earned money.

Rare coins have only recorded very little history of dramatic unforeseen price shifts. One of the reasons why rare coins have been historically stable is their huge collector base. At present, there are around 35,000,0000 of them, and more newbies are coming in each year. As a result, the coin market is consistently and steadily on demand. Also, no destabilizing forces existing in other markets can affect rare coin investing since investors usually take physical possession of their collections.

Appreciation is one of the most significant advantages of investing in rare coins. As much as possible, investors want to preserve their capital when investing. Well, the best way to achieve it is to increase the capital itself. The coin market doesn’t only provide the least risk to investors, but also gives the most stable and consistent appreciation.

Of course, rare coin investing isn’t foolproof. Like any other form of investment, there are risks. The good news is that rare coins are capable of minimizing the risks. When you take a look at the numismatic price history, you’ll find out astounding advances made by rare coins. While it varies for different areas of numismatics, the average appreciation rates are around ten to 25 percent annually.

One of the things that make the prices rise is the rare coin market’s supply and demand relationship. Coins that never get sold after retiring into large private collections or museums, impaired quality of coins due to mishandling of proof and uncirculated coins, as well as natural disasters, such as floods and fires, are only some of the many reasons why the supply side of rare coins is continually reduced. Add to it the fact that the potential supply of coins has a definite ceiling since coins in the US and other parts of the world usually aren’t produced right after their year of issue. On the other hand, except during a prolonged, serious deflation, there’s always a steady increase in the demand side. Factors that contribute to increased demand are perpetual inflation, greater affluence, leisure, and population growth. When checking historical records, demand has been in an uptrend overall despite experiencing decline and regrowth along the way.

Rare coins enjoy many tax advantages. They’re exempted from sales tax. Also, coins still don’t get taxed until they get sold even if their value is increasing.

Rare coins are a complete opposite of real estate when it comes to tax benefits. When investing in real estate, you’ve got to pay an annual tax for holding a property despite not having plans to sell it. It’s also true for mutual funds wherein you’re paying annual tax even if you haven’t sold them yet. In fact, the tax you have to pay increases when the mutual fund’s price goes up.

If you’re searching for an investment where you can save a significant amount of money from tax advantages, then rare coins are your best bet. Again, rare coin investing won’t be taxed until you sell and profit from your investment. Not many types of investment offer the same kind of benefit to investors.

Rare coins have witnessed significant events and great achievements throughout history. They’ve even commemorated national heroes. If you collect or invest in coins, you’re essentially obtaining a piece of art with a rich historical background.

Coins come in small sizes, but remain a high-value asset. In the US, no duties or restrictions exist when taking coins out or in the country. They’re very concealable that you can have coins with a market value of more than USD$40,000 in a portfolio of 20 or fewer coins weighing just a few ounces.

Active coin markets exist in the Far East. You can also easily sell rare coins in North America, South America, Europe, and most other Western capitals.

It’s true that some coins perform stronger in the coin markets of other countries, although rare coins of a particular country are best sold generally within its own borders. For instance, there are national teletype systems in the United States that connect dealers across the country. The coin market in the US never really closes since there are no price or time limits on trading, unlike in securities and commodities.

Coins may suffer from poor management, strikes, floods, and fires, but don’t go bankrupt in the middle of these circumstances, unlike businesses. Also, purchasing and selling of coins are easier than ever with the growing number of coin dealers and coin brokers worldwide. Investors interested in rare coin investing, but want to avoid handling their purchases and coins for sale themselves, can hire coin dealers and brokers on a commission basis.

Over the past years, the rare coin market has outperformed stocks. History also proves that high-quality rare coins have consistently been in the winning end in the race against other financial investments. Get the right rare coins by carefully evaluating their quality, and you’ll have a very profitable investment in the future. How can you make your investments profitable?  You can do it by simply knowing more about your rare coins and understanding them better.

Government-issued coins worldwide are considered as legal tender. It means that courts of laws are actually required to recognize them as satisfactory payment for a monetary debt. The possibility of confiscation of the coins of a particular country by its government lessens significantly because of the legal tender status.

Providing a store of value is any legal tender or monetary asset’s most important function. Such a requirement has been more than fulfilled by rare coins historically. That’s why they’ve successfully kept their owners perfectly ahead of inflationary trends. For instance, rare coins have provided a vehicle for the people to retain virtually all of their assets’ purchasing power in the early 1920’s inflation of the German mark.

Over the years, coins have enjoyed consistent price gains. However, historically significant, popular, and rare coins have remained affordable for the masses throughout time.

The rare coin market is characterized by a series of leap-forwards in value and price stabilization. Making a significant profit from rare coin investing is only a matter of predicting when the next spike is due. That’s why the number one piece of advice for coin investors is to buy rare and hold until the market is set to make your investment a profitable one. However, profitability isn’t the only advantage of this investing form; the other benefits discussed here should be enough to encourage anyone to add rare coins to their portfolio. 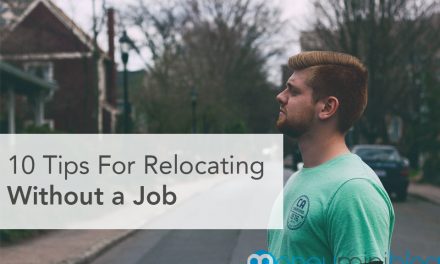 10 Tips For Relocating Without a Job 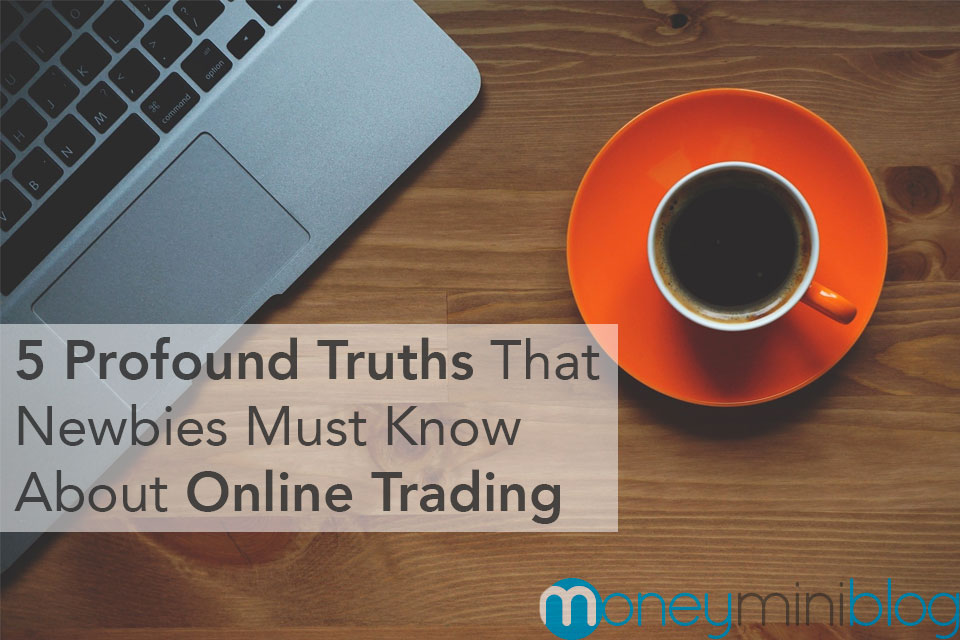 5 Profound Truths That Newbies Must Know About Online Trading 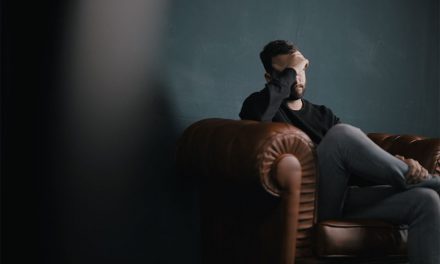