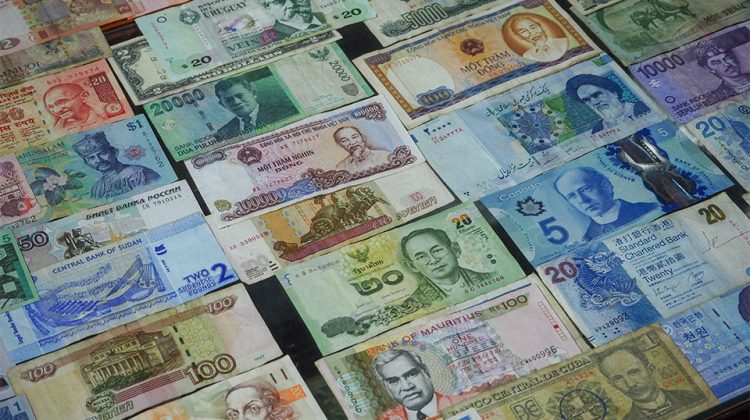 Licensed currency exchange businesses allow customers to exchange one currency for another by providing them with the necessary documentation. Currency exchanges make money by charging a small fee and by profiting from the difference between the bid and ask price in a particular currency.

By completing buy and sell transactions in currency exchange businesses, both in-person and online, you can convert one country’s currency into another’s. In the case of US dollars, you would take your US dollars (or your bank card) to a currency exchange store and use them to purchase Australian dollars with the money you have in your possession.

What’s The Importance of Foreign Exchange?

When the exchange rate is volatile, foreign investors are unable to accurately predict the returns on their investments.

A currency with a low value encourages exports while discouraging imports, and vice versa. Today, we live in a world where goods and services are exchanged in exchange for monetary compensation. There is a specific currency in which this money is represented. In this case, the value of one currency will not be equal to the value of another currency, and this is where the need for foreign exchange is necessary. Foreign currency, as a result, according to Top Rated FX Brokers, serves as the backbone of international investments and international trading. It would be nearly impossible to determine the value of goods and services imported and exported by different countries too and from each other, if this were not available. Furthermore, businesses that rely on foreign resources and talent would be crippled if they did not have the ability to trade with their counterparts. Additionally, foreign travelers would face significant difficulties when attempting to buy or sell anything while abroad, highlighting the importance of foreign exchange.

Foreign exchange rates fluctuate as a result of the forces of supply and demand in the market. They also fluctuate in response to global sentiments toward a specific country and its currency.

We need a foreign exchange market in order to establish a value for each foreign currency, which would make it simpler to exchange various currencies for one another in the long run.

To summarize, it is the international financial system, specifically the foreign exchange market, that makes it possible to have a smooth day-to-day functioning of the world and the many different countries and economies that exist on it. Modern-day trade and business would be impossible to conduct without the use of foreign currencies.

How Forex Impacts the Economy?

The forex market, often known as the currency exchange market, serves the primary purpose of facilitating international commerce between nations. Its purpose is to assist banks, big corporations, governments, and anybody else who wants to engage in international commerce in the conduct of transactions that span several nations. With changes in the foreign exchange market, it stands to reason that those nations will be impacted since their capacity to execute transactions and complete agreements may be hampered depending on what precisely is occurring in the foreign exchange market.

However, depending on traders’ actions and how they do business, the market may be impacted, and this, in turn, may have an impact on those stronger nations, causing price fluctuations that may be detrimental to their interests. In layman’s terms, superpowers – wealthy and powerful nations – benefit from the currency market since they have currencies that are advantageous when trading products with lesser nations. They take advantage of the strength of their currencies, which makes it simpler for them to undertake foreign transactions that are critical to the general health of the economy. If it were to change for any other reason, such as because of difficulties in the currency market, it might be troublesome for the superpowers.

It is often difficult to observe the immediate impact of the currency market on an economy; the consequences of some events may be long-term and difficult to predict. Consider the following scenario: a nation experiences increased demand for its currency as a result of a thriving tourist industry or the successful exportation of certain locally produced products across the world. This will result in the currency being more valued on the forex market, which will result in the nation earning profits when dealing with smaller countries. In the long term, this results in a more prosperous economy with considerable growth potential. While it is true that occasionally short-term adjustments are needed after a period of stagnation when their country’s currency is not in great demand, this is not always the case.

Investing in foreign currency exchange is a complicated process that is intricately linked to the economy. Rest certain that, whether one is impacted favorably or adversely, the other will follow. It all boils down to how well traders are able to capitalize on these shifts in the market.