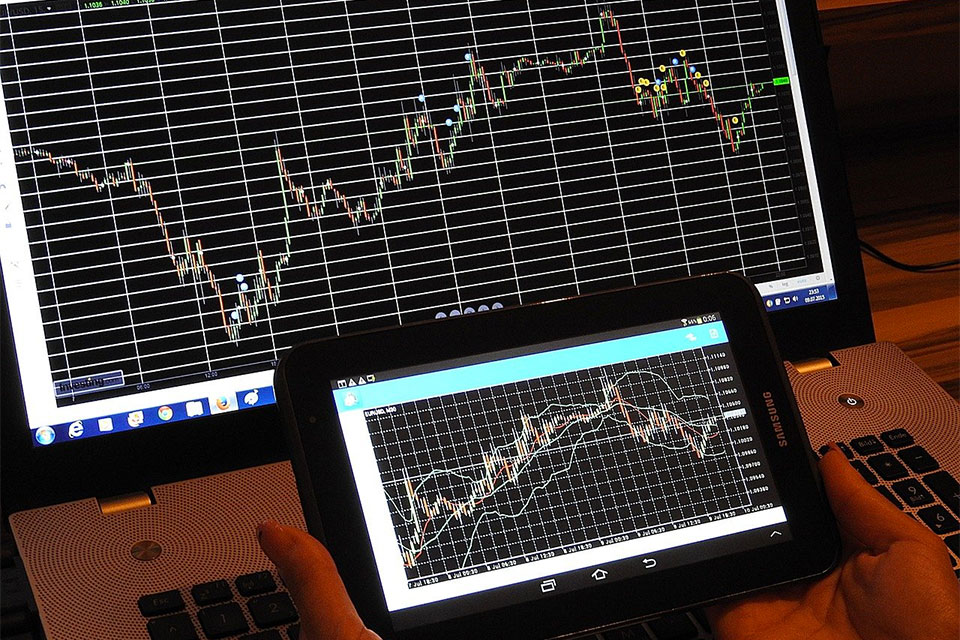 Given that every stock trader is used to looking at the same sales figures and gross domestic product, it is always helpful to find new ways to predict a company’s earnings or the growth rate of a national economy. For stock traders, fluctuations in exchange rates can mean the difference between a profitable and a losing quarter, while for foreign exchange traders, stock movements can help determine whether market participants are willing or averse to risk.

With this information, traders and investors can better understand the close relationship between the two markets, as well as gain the added advantage of predicting market direction.

Impact of Currencies on Stocks

There are many ways in which currencies can influence stocks. For multinationals, currency fluctuations can increase or decrease foreign income. For importers and exporters, exchange rates can affect profitability and sales. Let’s see how this relationship works.

According to TradingView, fluctuations in exchange rates can mean a better or worse position than competitors in the industry. Take, for example, the American aircraft manufacturer Boeing and the French Airbus. They clearly sensed a yield divergence in 2006-2007, when the euro appreciated 20% against the dollar. Boeing saw a sharp increase in orders.

There was a noticeable change in the interest of foreign buyers as soon as the euro rose from 1.18 to 1.42. On the other hand, its European competitor Airbus has been hit hard by the strengthening of the single currency. In the third quarter of 2007, it was announced that Airbus would cut 10,000 jobs and accelerate the production of the new aircraft to fully offset its $810 million loss.

Strengthening or weakening currencies can also mean the difference between the performance of one sector of the economy over another. For example, when the dollar weakens, companies, which import most of their products, perform weaker than companies like Boeing, which sell large quantities of their products overseas.

For multinationals, doing business overseas can be both a plus and a minus. If the national currency weakens, then this increases foreign income, if the currency strengthens, then foreign income decreases. The period from 2002 to 2007 was marked by a weakening of the US dollar. If you take McDonald’s, for example, it is clear that it benefited from this weakening dollar in the form of increased foreign earnings.

At the same time weakening currency can affect bonuses that various brokers offer to their clients. For instance, XM no deposit bonus which is mainly directed towards new customers at some point can include less bonus depending on the currency.

In 2007, UK advertising company Aegis PLC posted an 18% drop in profits in the first half of the year due to unfavorable exchange rate movements. The US dollar fell 10% against the British pound in the first six months of 2007, while the euro fell 1.8%. This negatively affected the profit margins of US and European sales. Companies from Europe, the United Kingdom and even Canada have felt the blow from the lower dollar as the value of contracts with American partners in local currency declined significantly.

Sharp fluctuations in foreign exchange rates can also lead to an increase in international mergers and acquisitions of companies. When the Canadian dollar hit a 31-year high in 2007, Canadian companies experienced a buying boom. It’s not hard to guess why this happened, given that the Canadian currency rose 62% from 2002 to 2007. This appreciation boosted the market capitalization of Canada’s third-largest bank, Toronto-Dominion Bank, to $52 billion, allowing it to buy the US bank, Commerce Bancorp, for $8.5 billion. The deal was paid for 75% in shares and 25% in cash. If a Canadian bank had decided to buy six months earlier, when the USD/CAD rate was trading at 1.16, it would have cost it $1.3 billion more.

Canadian banks in 2007 made or announced billions of dollars in foreign takeovers. Currency fluctuations have clearly impacted international mergers and acquisitions, and this trend is very common – when companies in countries with significantly higher currencies spend their unexpected wealth in this way.

Impact of Stocks on Currencies

The strongest relationships that have been observed between stocks and currencies were between “carry trades” and the Dow. In 2007, many currency pairs could be classified as “carry trade” transactions. The most popular ones are the New Zealand and Australian dollars against the Japanese yen. With extremely low-interest rates of 50 basis points in 2007, the yen has become an extremely cheap financing instrument, not only for investments in higher-yielding currencies but also for investments in equities.

When a stock index rises actively, it usually reflects the growing willingness of traders and investors to take risks. Countries offering higher interest rates tend to have a higher risk or lower sovereign debt ratings. This is why both the Dow and carry trades are indicators of risk. Of course, this relationship is not absolute, but in general, when there is a sharp rise in the Dow, carry trades tend to rise, reflecting the growing appetite for risk. When the Dow falls, carry trades — cross-rates against the Japanese yen — are subject to a massive close, reflecting increasing risk aversion by investors.

Of course, carry trades can deviate from the stock market dynamics in short-term periods, so traders should not necessarily expect that if the Dow rises, then carry trades will also rise. However, the chart above shows that carry trades and equities have a very strong correlation in the medium term. The reason why this is happening is that, at their core, carry trades are essentially a constant hunt for returns by global investors. When carry trades work well, it creates additional profits not only in the form of higher yields but sometimes also in the form of substantial capital gains. This additional profit creates a massive amount of capital that tends to generate more speculative gains and often spills over to the stock market.

On the other hand, strong growth in the stock market attracts even more participants to the market. To maximize the impact, many international investors, especially hedge funds, borrow in low-yielding currencies like the Japanese yen and Swiss franc to leverage their investments in US equities.

Ultimately, movements in the foreign exchange markets will and will continue to influence companies’ performance in the future. The importance of these relationships continues to grow as companies look to global markets and competitors and expand their reach. As a result, sales and production efficiency are exposed to foreign exchange risks. Therefore, given that all participants in the stock market look at the same things, it is worth taking a broader look and taking into account movements in the foreign exchange market as a harbinger of future income. Ultimately, this can give the average investor an added edge in the market.