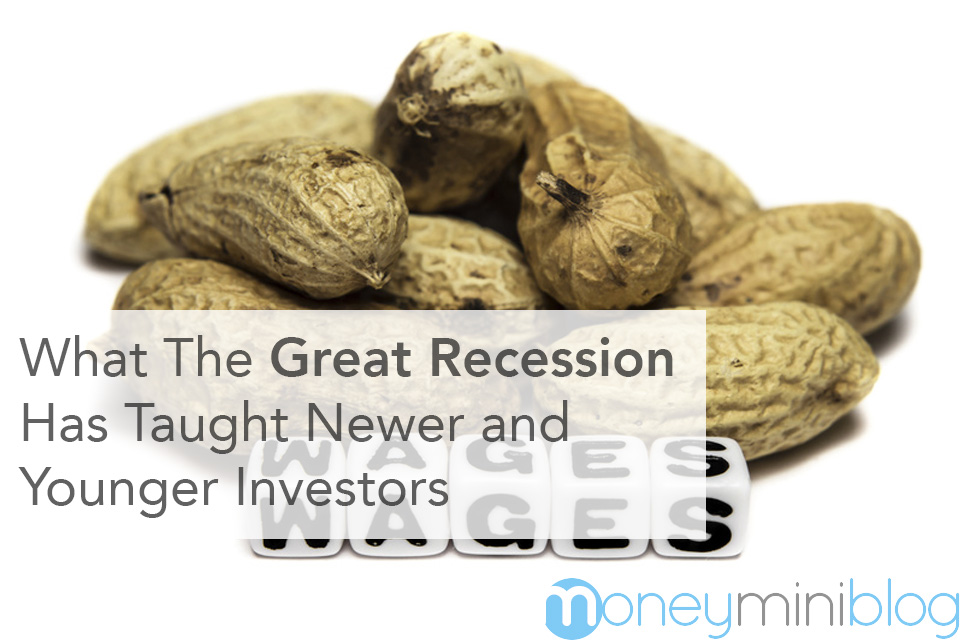 From December 2007 to June 2009, the United States saw the longest economic downturn since World War II.

This period, known as the Great Recession, was a severe and dramatic time for millions of Americans. The unemployment rate in June 2009 reached 9.5%, peaking at a depressing 10% in October of that year. Home prices fell about an average of 30%, and the economic situation felt hopeless for many Americans.

That was ten years ago, and the country has come a long way since then. Even though the Great Recession was a time of trial and tribulation, and even though the recovery has been disappointing and uneven, it’s important to look back at the mistakes made before, during, and after the Great Recession. No, we’re not talking about the many mistakes made by big banks and mortgage companies, but rather the everyday choices made by regular investors.

There’s no playbook for surviving a recession with your investment and retirement savings intact, but it is possible to learn from our past mistakes.

To that end, Fidelity Investments recently released the results from its “Ten Years Later” analysis poll. The results and the data show how investors think now versus how they thought ten years ago during the start of the Great Recession, when legacy financial institutions first came crashing down in spectacular fashion. For new investors and young people who weren’t investing a decade ago, it’s important to learn from those who experienced the downfall in real time.

The analysis showed that cutting back on debt and saving more money can really help in reducing any personal risk during an economic downturn. The poll asked what steps were taken to help succeed in the market during that chaotic time, and the top answer was reduced debt and increasing savings rates.

The analysis also showed that those investors who stayed on a steady course during the recession actually succeeded more than those who decided to go in a different direction. Over the last ten years, those who kept putting money into their 401k accounts actually ended up tripling their account balance. For example, Forbes reports that a baby boomer who had a 401k account balance of $115,000 in June 2007 saw their account fall to $85,000 in early 2009 but saw the amount significantly rise to $315,000 by the time June 2017 was over.

In short, it can be tempting to radically change course during a recession, but that often does more harm than good in the long run.

One final thing the analysis can teach new or younger investors is that ten years ago, diversification wasn’t a top priority for many investors. At the time, it seemed like housing prices would rise indefinitely, which left some investors exposed to heavy risks in the housing market. Now, more than ever, it’s so important to make sure you, as an investor, are well-rounded and diversified.

While the economy is in much better shape today, there are always risks. The latest data from the Federal Reserve shows that consumer debt is rising fast, reaching $3.4 trillion as of May 2015. Not only that, but student debt recently reached a record $1 trillion. On top of that, there are signs that programs like Medicare and Social Security face long term risks as well. In 2013, 39.7 million people enrolled in Medicare, a number that jumped to 55.7 million in 2015. In fact, 81 million enrollees are expected to be in the program by 2030.

We can’t predict the future, nor can we predict the next economic downturn or its causes. However, young investors need to learn how to minimize their risk before the next recession hits. The best ways to do this aren’t necessarily very exciting: save more, diversify your portfolio, stick to an investment plan, and be mindful of unnecessary debt.

For newer or younger investors, it’s important to take a look back at what was going on ten years ago. A lot of progress has been made and there is a lot we can learn.