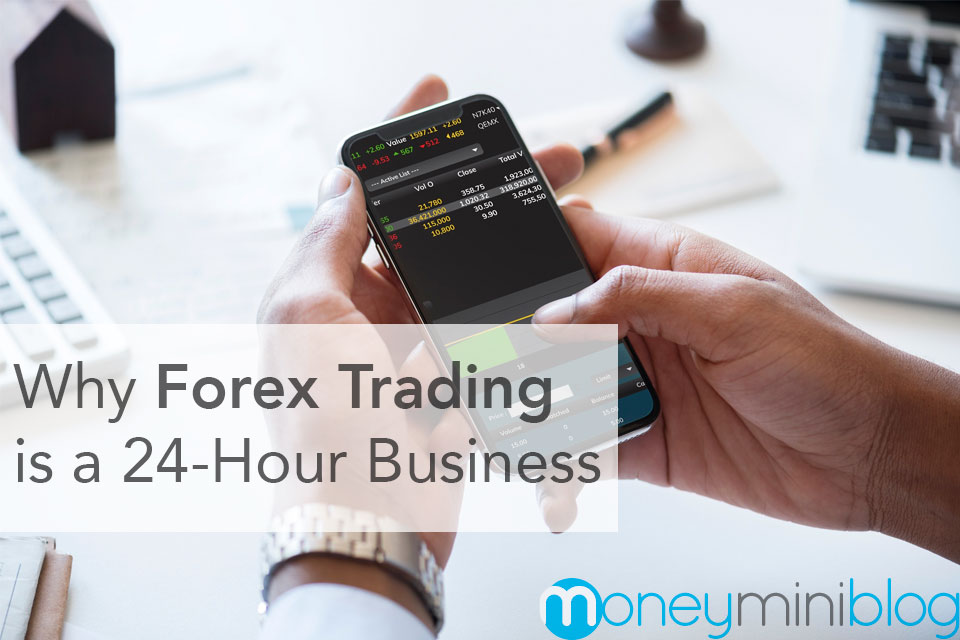 Forex trading is a 24-hour business because it is an international market and can be traded across different time zones around the world. Its international scope means that there will always be traders somewhere in the world wanting to buy or sell currencies.

The forex market can be split into three main regions: Australasia, Europe and North America. Each of these sectors has its own major financial centre. In Europe, for example, there is London, Paris, Zurich and Frankfurt.

Twenty-four-hour trading is also possible because the forex market is decentralised. This means that there is no central trading location or exchange. Instead, currencies are traded electronically over-the-counter (OTC). This can be done through both electronic communication networks (ECNs) and phone networks around the world. In the UK, you can trade forex 24 hours a day Sunday night through to Friday night.

Forex trading is speculating on whether the value of one currency will rise or fall against another. Forex is always traded in pairs. Forex traders aim to profit from fluctuations in exchange rates between the different currencies.

Let’s take GBP/USD as an example. The first currency (also known as the base) is the one that you think will go up or down against the second currency (which is known as the quote or counter). If you think GBP will go up in value compared to USD, you would buy. If you think GBP would go down in value compared to USD, you would sell. You can also trade forex as a spread bet or CFD – a form of financial derivative trading.

The forex market (also known as foreign exchange or FX) is the largest and most liquid in the world.

Trillions of dollars worth of currencies are traded globally on the foreign exchange market every day. This trading volume greatly surpasses that of equities and other markets. The US dollar is the most traded currency and makes up the majority of forex transactions.

The major FX markets are open 24 hours a day from around 10pm UK time on Sunday (8am Monday in Tokyo) until 10pm UK time on Friday (4pm in New York on Friday). The forex market can be broken up into four major trading sessions. These include the Sydney session, Tokyo session, London session and New York session. It is these different time zones which make forex trading accessible 24 hours a day.