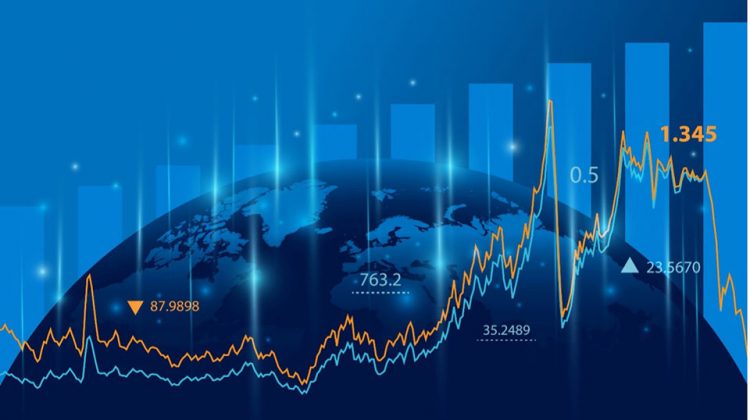 Foreign exchange (forex) is a financial market that facilitates the buying and selling of the world’s currencies. You can open a position in major currencies through currency pairs. Currencies are traded in pairs, since the value of one is determined by directly comparing it against the other. For example, the world’s most actively traded currency pair is the euro against the dollar, depicted using its International Organization for Standardization (ISO) code — EUR/USD.

The forex market is volatile and impacted by a wealth of external factors. The majority of these factors are economic, since the health of a nation’s economy and the value of its currency are directly linked.

Volatility presents investors with the opportunity to make gains on their position by manipulating price movements in the market. However, it also leaves traders vulnerable to the risk of making losses, so it’s vital that you understand what can impact your trade and how to deal with fluctuations in value.

In this article, we’ll explore five economic indicators that can drive forex prices, to help you to get to grips with some of the major influencers in the market.

Read on to find out more.

Gross domestic product (GDP) is one of the most significant economic indicators. It provides investors with a thorough overview of the health of an economy.

GDP is the total value of all goods produced and services provided per annual year. This is important because it tells forex traders about the size of a nation’s economy and how it’s performing. Since GDP is only released once per year, traders will already have a good idea of how a country is performing economically, before all of the data is collated. However, if there are any surprises in the data release, this can drive market prices significantly.

You can utilise an economic calendar to help you to plan ahead, as this data is released periodically, adjusting your position to best profit from potential price movements in the market. You’ll find all of the dates of economic data releases in this calendar, so it’s an essential tool for any forex trader to implement in their strategy.

Another key indicator of a nation’s economic health is its employment rate. This informs traders of how many people are employed, and receiving a reliable income. A higher employment rate, therefore denotes a stronger economy. It suggests that individuals have more money to spend upon goods and services, therefore putting their capital back into the economy.

The non-farm payrolls are a key economic data release, since they provide an insight into the employment status of 80% of the United States’ workforce. The US dollar acts as the base currency in the forex market, so this indicator can significantly impact the volatility of the forex market.

The Federal Funds Rate is another US data release, containing the rate that banks lend their excess cash and reserves to one another. Federal Funds Rates are altered by the Federal Reserve Bank (Fed) depending on the strength of the US economy. This rate controls the country’s interest rates — how much it costs to borrow money from the bank.

By adjusting this rate, the US can control the rate of inflation. It curbs consumer spending, making it more difficult to obtain loans, and forcing individuals to save their capital.

When the Fed adjust these rates, they have the potential to affect the value of the dollar and subsequently, the forex market can be directly impacted. A change in the Fed Funds Rate can often be anticipated months in advance to the official release of the data, since rising inflation rates will cause experts to speculate on an upcoming funds rate change. This in turn can drive the forex market months in advance, before the meeting of the Federal Open Markets Committee (FOMC).

As a forex trader, there are many economic indicators that you will need to take into consideration, since they have the power to change the landscape of the market. To help you to prepare for the increased volatility that they can cause, you’ll want to employ an economic calendar, keep up to date with news releases, and use fundamental and technical analysis to help you make informed market decisions.