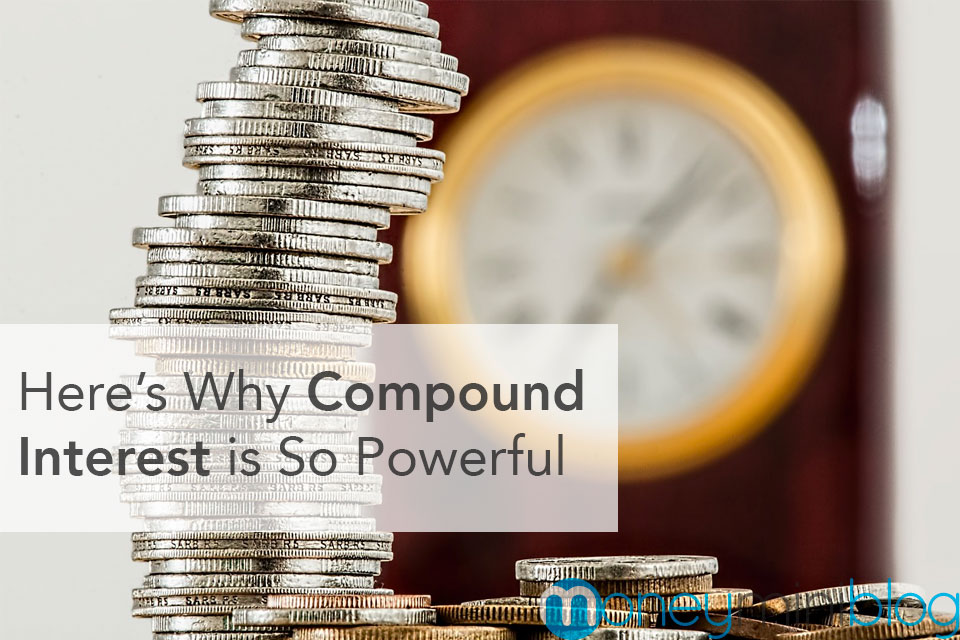 Compound interest. The 8th wonder of the world.

Do you know the power of compound interest in its entirety?

It’s the greatest thing in the world…when it’s working for you.

When it’s working against you, it can be one of the most devastating things in the world. A catastrophe, really.

I’m just going to take a minute or two to show you the amazing power of compound interest. Then I’ll let you decide if you would rather it work for you or against you.

Here it is. Compound interest. The good and the bad…

Why Compound Interest is Powerful

Compound interest may be more powerful than you think. If you don’t understand exactly how it works, it’s helpful to figure it out. And you came to the right place, because I’m about to explain how it works…both for you and against you.

According to some recent polls, most Americans don’t actually understand how compound interest works.

Many people think that if you have $100,000 and you get a 6% annual return, compounded over 30 years, you’re left with…$106,000. Not quite. It would actually be over half a million dollars. Crazy, right? That’s compound interest for you.

So what happens exactly?

Interest generally compounds annually, so that means you earn 6% on your principle. Keeping with the above example, the first year your principle is $100,000, but at the end of that year, you earn 6%. So that means the second year you’ll be earning 6% on $106,000. Making sense yet?

Of course, this is an oversimplified example and it’s next to impossible to find a 6% return on your investment that stays at exactly 6% for 30 years, but it does make it a whole lot easier to explain. Got the idea?

Here are a few ways compound interest can be your best friend:

If you prefer more of a mathematical explanation, here is the formula, with a worked example:

A = the future value of the investment/loan, including interest
P = the principal investment amount (the initial deposit or loan amount)
r = the annual interest rate (decimal)
n = the number of times that interest is compounded per year
t = the number of years the money is invested or borrowed for

If an amount of $5,000 is deposited into a savings account at an annual interest rate of 5%, compounded monthly, the value of the investment after 10 years can be calculated as follows…

You may have seen some examples giving a formula of A = P ( 1+r ) ^ t . This simplified formula assumes that interest is compounded once per period, rather than multiple times per period.

Compound Interest as an Enemy

Just like compound interest works for you, it can work against you (which means it’s work for somebody else).

When you’re investing, it’s nice to know that you’re interest compounds annually, when you’re in debt, it’s terrible to know that your interest compounds annually. This means that you pay your APR (Annual Percentage Rate) every year, based on the remaining balance. So if you owe $10,000 on your car and you have a 14% interest rate, you pay 14% of $10,000 the first year. After that you pay 14% of the remaining balance each year. Of course that amount is divided over your monthly payments.

This is why, if you have ever looked at your mortgage annuitization schedule, you may have noticed that during the first few years, the majority of your payment is going to interest. That’s terrible if you’re paying your regular minimum payment, but if you pay extra, you can take a huge chunk out during the early years.

Here are a few ways compound interest can be your worst enemy:

The Line Between Investing and Paying Off Debt

So where is the line between paying off debt and investing the money?

It’s definitely a blurry line. There’s no magic number, but when you can consistently earn more by investing than you save by paying off your debt, it’s at least worth considering. Just make sure you account for any taxes you may have to pay on capital gains if your investing in a taxable account.

And here’s a general rule: when it comes to high-interest consumer debt, pay it off before you start investing heavily for retirement. Feel free to have your emergency fund in place and contribute enough to your employer’s retirement fund to get the match (if they offer a match), but other than that, the debt comes first.

It simply doesn’t make sense to be earning 7% or 8%, while your paying 20% on your credit card’s revolving debt. The debt must go.

Remember the power of compound interest and make sure it’s working for you, not against you. 🙂

Have you had more good or bad experience with compound interest? Share in the comments!