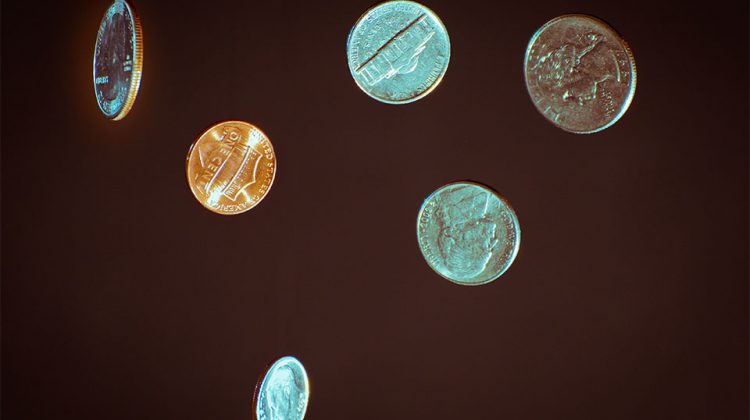 When people start collecting things, they usually start with their own little collection. When it comes to coins, people start to collect pennies, dimes, and other coins which are in everyday use. Once in a while, they find a unique coin in a shop or on the ground. But when they want to expand their collection, they need help to navigate the many options that are available online. Here’s a breakdown of which coins are worth collecting and why.

The 1971 ‘New’ Two Pence was the first of its type. Following the decimalization of the currency in 1971, each new coin was stamped with the word ‘New’ to aid the population’s transition to the new coinage and avoid confusion with the old ones. Along with the one penny and halfpenny coins, the two pence coin was introduced. You can learn more about this precious coin at https://thecoinexpert.co.uk and understand why it is so important to mention and collect. Christopher Ironside developed the distinctive design for the back of the coin, which includes the Prince of Wales’ Badge. The design, which is instantly recognizable, was last used in 2008.

This very uncommon coin was created to commemorate the Bank of England’s 300th anniversary. There are 1000 of these coins available, all of which are proof of 22-carat gold. You’d recognize it if it was offered to you as change at a store. These are estimated to be worth around £2,500. Similar coins, which retail for around £15, may be found on eBay. They are, however, far more frequent and are not 22-carat.

Did you know there was once a two-cent coin in circulation in the United States? Furthermore, the 1864 Two Cents was the first coin in the United States to have the now-famous national slogan “IN GOD WE TRUST” Many two-cent pieces are rare and precious, but the 1864 edition was hoarded when it was released. In fairly circulated condition, they can be purchased for a reasonable amount of money. They’re not only a fantastic addition to any United States coin collection, but they’re also a great conversation starter.

Una and the Lion

The gold five-pound piece of 1839 is probably one of the most beautiful pieces in the world. The front portrays Queen Victoria as Una guiding the British lion, while the reverse has William Wyon’s iconic Young Head painting of the monarch.

Despite this, the overall number of those struck is only a few hundred. Despite the rarity of the coin, the number of variants observed among the surviving specimens is astonishing. On the queen’s hairbands, there are different metals, different sorts of edges, and varied adornment designs.

The George Washington quarter was first issued in 1932 as a one-year commemorative coin to mark the 200th anniversary of George Washington’s birth. In 1933, no Washington quarters were produced due to the Great Depression. The issue, however, was so successful that the design was chosen permanently in 1934 and is still in use today. The 1932-S Washington quarter had a lower mintage than the 1932-D, but more were conserved, making them more easily available and in better condition. The 1932-D quarter is scarce and will prove to be a superior addition to your coin collection and most probably will be more appreciated than the San Francisco version.

A reverse design by Gary Breeze depicts three troops racing towards several aircraft, with other planes already in the sky, on the Battle of Britain 50p minted in 2015 to mark 75 years since the Battle of Britain. This historical event was a crucial turning moment in World War II for the Allies when Britain defended itself against a completely airborne German onslaught. This coin is unique in that it is the only official coin minted in the United Kingdom to commemorate the event.

In 1892, the 400th anniversary of explorer Christopher Columbus’ landing in the Americas, the United States inaugurated its first commemorative coin program. The United States Congress established the Columbian half dollar in 1892 to help pay for the 1892 Columbian Exposition, which commemorated the date. The 1892 Chicago World’s Fair is a better-known version of this event. The silver commemorative halves were offered for $1 by the Expo management. The 1892 Columbus half a dollar is a historic currency since it was the first official commemorative coin issued by the United States. It is, nevertheless, an inexpensive coin, in addition to having an excellent numismatic history. Circulated specimens command a slight premium over melt value, but beautiful uncirculated pieces begin at very reasonable prices.

This silver fifty-pence piece was created to commemorate the United Kingdom’s entry into the European Economic Community. However, just 5000 are thought to have been manufactured, with many of them going to finance ministers and high bureaucrats.

These coins are thought to be worth roughly £3,000 apiece. There are several non-silver coins in circulation. However, they are just about £3 apiece.

Due to a technological flaw, these coins are extremely uncommon and precious. All coins had “New Pence” printed on the back until 1982. The language was updated after this date to reflect the coin’s worth. However, a batch of two pence coins was minted in 1983 with the incorrect text. The Royal Mint does not know how many of these coins were made available.

If you love collecting coins they are many that you can get your hands on. Some of them are very expensive, while they are many that are accessible to almost anyone. Hopefully, we were able to intrigue you with some options listed here.