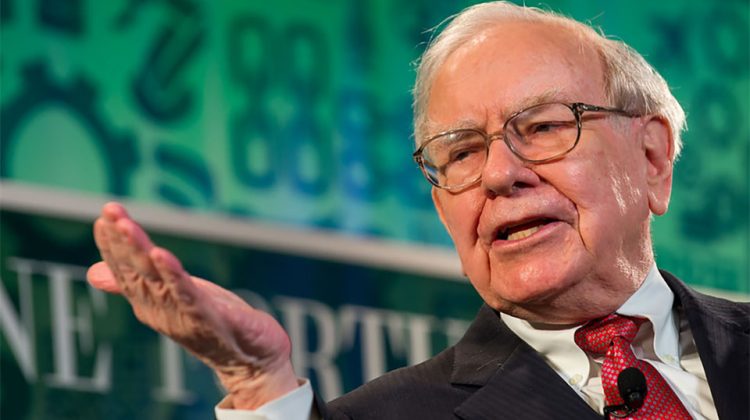 One fine day in 1937, A grandfather who was a grocery store owner was approached by his 7-year-old grandson for a business deal to sell soft drinks aka carbonated drinks for the people who sit on their lawn to cool off the heat.

Remember, this was a time when no Air conditioning was invented. So, the grandfather agreed to the deal and give his grandson 6 bottles of drinks for a quarter dollar. Every time the boy went to sell, his products were sold off.

Also, the boy collected bottle caps from the nearby gas stations where they had coolers with an opener attached to them. He collected around 8000 caps in a week. Most of them were found to be coke. He understands the edge Coke had in the soft drinks market.

A seven-year-old boy identifying business opportunities around him is completely unusual & extraordinary, isn’t it?

But he admits he had done one mistake, the profits he made from selling cokes didn’t use to buy coke stocks at that time.

Later he rectified the mistake in 1988 by buying a huge position in coco cola shares.

That 7-year-old boy is none other than legendary investor Warren Buffett.

How did Buffett start his investment in coke stocks?

On October 19, 1987, the Dow Jones Industrial Average (DJIA) fell by 508 points or by 22.6 percent followed by crashes in future exchanges and options market. This was the largest percentage drop in one day up to this point in history.

It caused fear among the investors, all the stocks were sold off regardless of their strong business fundamentals.

An opportunity for Investment:

Coco cola stock was hit hard by the market crash along with many other stocks.

From Buffet’s point of view, Coco cola business enjoyed the iconic brand name among the customers and retail relationships. It can easily cater its products to various countries with its strong distribution network. So, it will be very hard for its competitor to take away its market share sooner.

Buffett started his position on Coca-Cola stock from 1988 to 1989 buying over 23 million shares.

But Buffett taking a big position in coke is considered risky, whereas other investors were still nervous about the market crash in 1987.

In the 1988 annual Berkshire letter to shareholders Buffett defend his position by quoting “In 1988 we made major purchases of Federal Home Loan Mortgage … and Coca Cola. We expect to hold these securities for a long time. When we own portions of outstanding businesses with outstanding managements, our favorite holding period is forever,” said Buffett.

It was a bold move from Buffett post the market crash. His willingness to take courageous moves during times of uncertainty makes Warren buffet the Legend in investing.

In 1994, he took stakes in Coco cola once again bringing his ownership to 100 million shares at the time.

Since the time Buffett invested in coke, it had given him 2 stock splits.

Coca-Cola Dividend paid to Warren since 1990

Coke paid dividends to its shareholders every quarter, for simplicity’s sake, I have considered yearly.

Note: The years 1996, and 2012 have two entries. The reason behind this is coke split its stocks.

Likewise in 2012 second stock split was done in July month. Considering the previous quarter, only 200 million shares were held & its dividend is captured on 2012 A. Remaining dividend post the stock split on 2012B.

The total dividend earned by Mr. Buffett by holding Coke stocks is a whopping 9.4 billion USD as of 2022.

At the end of 1994, Buffett held 100 million shares which are at a cost basis of 1.3 billion. Since then, he hasn’t sold any of his holdings in coke.

After the two-time KO stock split, the Overall ownership of coke stocks is 400 million shares. Now the stock is trading at 60.80 dollars per share. That brings about 24.3 billion dollars, which leaves an unrealized gain of 23 billion dollars.

As of 2022, Berkshire holds 9.2 percent of Coca-Cola’s company ownership.

This accounts only for the capital appreciation of Buffett’s investment in coke, without considering the generous coca-cola dividend paid by coke almost every quarter.

The change in Buffett’s investment thinking was influenced by his well-known right-hand man “Charlie Munger”.  Munger is a strong advocator for “Buying wonderful companies at a fair price”.

Why Did He Choose Coke Stocks?

Coco-cola has a fascinating history. Originally in the 1880s, Coke began as a patented medicine drinker and went on to become an established brand in the US by 1940.

By 1980 coco-cola becomes an established global brand. As per their annual report, 65 percent of revenues came outside of the United States.

Coo cola leveraged the Olympics and used the sport, athletes in its growth strategy.

“There will be ads galore, a Coke-presented Olympic Torch relay, and even a Coke theme park in downtown Atlanta. “Three things have been constant at the Olympics since 1928 — the athletes, the fans, and Coca-Cola,” said Sergio Zyman, chief marketing officer at Coke. “We are utilizing the Olympics to enhance the value of our brands and the value of our investment.”

But Coke had its rival Pepsi. “Pepsi challenge” campaign where consumers were blindfolded and chose to say which drink tasted better.  This campaign became immensely successful. Pepsi was able to steal a share of the coke market.

Executives of coke were troubled. Robert Goizueta, the coke CEO, was angry at the loss of market share.

He was an exceptional leader who is ready to fail fast, and innovative. He sold some of the coke businesses which were not working well for it. Example: wine business, the beer business.

He focused on generating a high return on capital and cutting down the loss-making or less ROCE business.

He launched failures like “Tab “, and “New coke” which received a protest from consumers. Among the failures, there was the massive success of “diet coke”, “Coke Classic” (Original one),” cherry coke” and Buffett’s favorite drink.

Goizueta took coke to global reach until the international segment provided 80 percent of the company’s overall profits by 1966.

Overall, Warren Buffett paid a bit of a premium for coke stock than he used to invest with (buying beat-down stocks). Buffett achieved superior returns from investing in coke stocks, meanwhile, the company was led by a fierce leader and had a dominant brand in the soft drinks segment.

If the investor must learn anything from Warren’s coke investment success. Then they are:

If the above points are implemented precisely, your chance of holding the stocks becomes forever.

The longer you hold on to great investments, generating outstanding returns becomes easier.

Finding companies that grow at a higher return of capital employed is relatively easier than finding the stock at a reasonable price. Also, reasonable price varies from investor to investor.

But we can find good stocks at a much lesser price in times of uncertainty. Buying stocks in large quantities at those times sets the stage for investors to generate high returns.

Saying this is easier than done. We need to study history to avoid the mistakes of the past and put the advice of great investors like Warren Buffett and Charlie Munger.

About the Author:
Vignesh Krishnan is the author of the Littlestepsinmoney.com blog which focuses on Investing, reducing debt, and pursuing a financial independence life. When he is not writing, you can find him working with Major Auto brands.