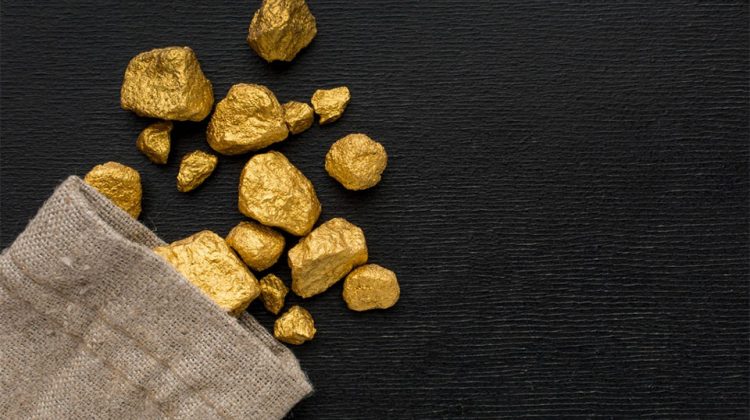 Some of the world’s best junior gold mining stocks trade in Canada.

The reason? Canada has become the “Silicon Valley of commodities.” The country’s public markets have been one of the best places to raise early-stage capital for a commodity explorer or producer.

Plus, Canada boasts one of the most liquid stock markets for gold mining companies as well.

Canada’s Toronto Stock Exchange and its venture counterpart are the best places to invest the gold mining stocks trading here.

The current volatility in the broad markets created value opportunities that you couldn’t find before.

We have found three low-cost Canadian gold producers that have navigated the challenging market conditions. They boast low all-in sustaining costs or AISC (a comprehensive measure of a company’s ongoing production expenses), which is critical for a company in the commodities market. The lower a company’s AISC are, the more gold price volatility it can handle. These three could be well-positioned to stay afloat and even grow during this challenging market cycle.

Torex is a junior gold mining company that owns the Morelos gold property in Mexico.

Despite its relatively small market capitalization (C$860 million) it claims to be Mexico’s second-largest gold producer.

The company’s all-in sustaining cost is just $911 per ounce. In the second quarter of this year (the latest data available) Torex’s average realized gold price was $1,865, which means that the company’s profit margin was about $954 per ounce.

This could ensure that a good portion of the company’s output (it produced over 123,000 ounces in the second quarter) will get above-market prices.

Torex is one of the stronger-positioned Canadian gold mining stocks. It’s definitely worth putting on your radar.

Dundee is another Canada-listed gold mining junior. It has a market capitalization of about C$1.2 billion.

The company owns operating mines in Namibia and Bulgaria. In addition to that, it operates exploration projects in Bulgaria and Serbia.

Despite the fact that its projects are located in Europe (Bulgaria is an EU member and Serbia is a candidate), Dundee has managed to keep its costs low. Mining in Europe tends to be more expensive due to higher labor costs and environmental regulations.

The company’s all-in sustaining cost was $792 per ounce in the second quarter of this year.

To protect against future gold price fluctuations, Dundee has about 20,000 ounces of future production hedged at $1,828.16 per ounce. That’s about 11% higher than the current gold price.

Low costs and high profitability allowed the company to generate $41.2 million in free cash flow during Q2 and pay $0.04 per share in dividends. Its dividend yield is about 3.5%. This is more than a full percentage point higher than the dividend yield of VanEck Gold Miners ETF (GDX),a diversified exchange-traded fund focused on the mining sector.

Dundee is on track to meet its AISC and production guidance for the full year 2022, according to the management.

K92 is a Vancouver-based gold mining company that owns the Kainantu gold mine in Papua New Guinea.

Its mine has been producing since 2017. With an average grade of about 9.5g/t gold, it is one of the higher-grade operations globally.

Since mining began, K92 has expanded its operation. The next expansion stage is scheduled for the fourth quarter of this year. When it is completed, the mine’s production capacity will increase to 318,000 ounces of gold equivalent per year, compared to life-of-mine average of 258,000 ounces.

Given the project’s high grade, the company’s all-in sustaining cost is low. In the second quarter, it was $893 per ounce with an average realized selling price of $1,783 per ounce. It has about 19,000 ounces hedged to reduce its exposure to gold price volatility.

K92 is one of the companies that have already had a lot of success. Its management team has proven that it can increase production and control costs. It’s one of the high-quality gold mining companies out there.

We hope this overview helps you start navigating the Canadian mining space.