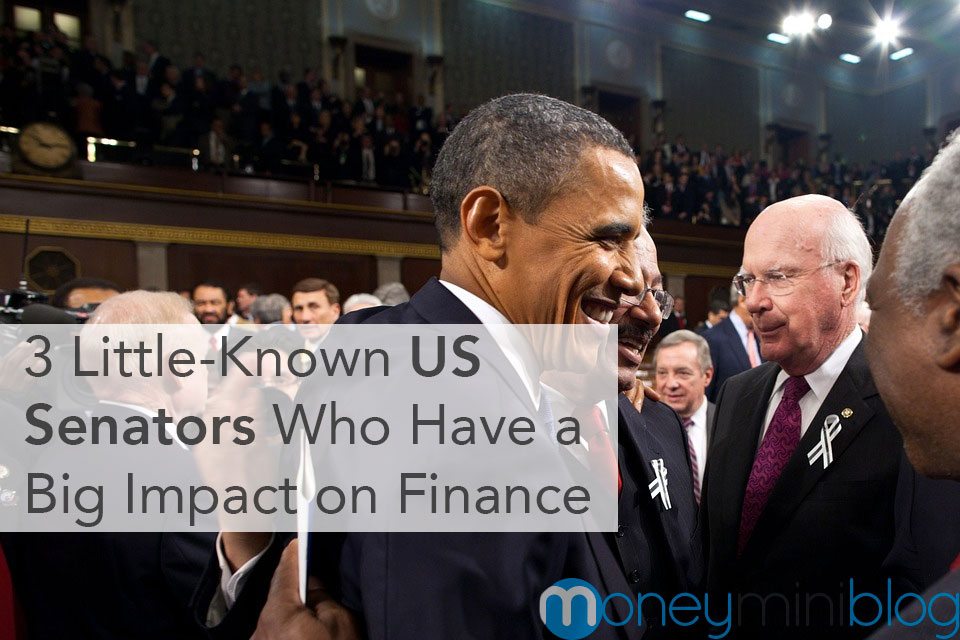 With so much going on in the world of politics, it can be difficult to understand everything. Fairly often, important details or information can be missing from news reports. It can be a chore to dig to the bottom of it all.

Most people are aware that the United States Senate is responsible for writing and voting on new legislation. But from where do these bills originate? Committees are in place to handle research and amend bills that may fall under their control, among other tasks.

Let’s take a look at a few relatively unknown senators who have disproportionate influence on the financial sector thanks to their committee assignments.

Michael Crapo is an Idaho Falls native and the senior Republican United States Senator from Idaho. Originally elected into the US Senate in 1998, Mike is now serving his 4th term. Before serving in the US Senate, he served three terms in the US House of Representatives for Idaho’s 2nd congressional district. Crapo is known for being staunchly anti-abortion and pro-gun, scoring an A+ rating with the National Rifle Association.

The committees Mike Crapo serves on overlook everything from financial institutions and urban development to our national budget. He has a hand in regulating many facets of our lives.

When not voicing characters or appearing in cameos in film and media, Patrick Leahy serves with Sen. Bernie Sanders as a Democratic senator of Vermont. We’re not joking about the first part: check out his IMDb page. Leahy is the most senior member currently in the US Senate, holding office since 1975.

As an outspoken civil rights advocate, Leahy has supported raising the minimum wage and providing social services to the needy. He is also an ally to the constitution, upholding rights to free speech and expression.

Patrick Leahy sits on these financially-connected committees: Committee on Appropriations, Committee on Agriculture, Nutrition, and Forestry, and Committee on the Judiciary. Agriculture is a huge industry in the United States and dictating policy for that industry can affect our economy on a wide scale.

Currently in his fourth term as a Republican senator for Wyoming, Mike Enzi has served his state in some capacity since 1974. Enzi started his career as Mayor of Gillette, Wyoming before moving on to the Wyoming House of Representatives. Although his father was the direct descendant of Ukrainian immigrants, Enzi is firmly opposed to guest work programs and has voted in favor of building a wall along the border between the United States and Mexico.

Enzi serves as chairman over the Committee on the Budget which has jurisdiction over Congressional Budget Office and is ultimately tasked with shaping how the federal government spends its money.

While not immediately apparent, important policies are set by these Senators and committees. A lot of work is happening that isn’t always glamorous enough for the nightly news or papers, and these three Senators in particular are not exactly well-known celebrities in the eyes of the American people. To better understand the economy of our nation requires attention to the small details; hopefully you now know a bit more about how even lesser-known individuals can have a huge impact on our daily lives.