In all seriousness, I don’t find this one to be sexist.  It’s an interesting comparison between men and women’s spending habits.

Over half the adults in the United States are married, but what about the other half?

You’ll see what I mean below…

Before you see the graphic, check out some interesting statistics on the spending habits of men vs women.

First off, men do spend less than women in the grocery store, most of the time.  That’s probably just because women have more of a plan, whereas men just want to hurry up and finish their shopping. 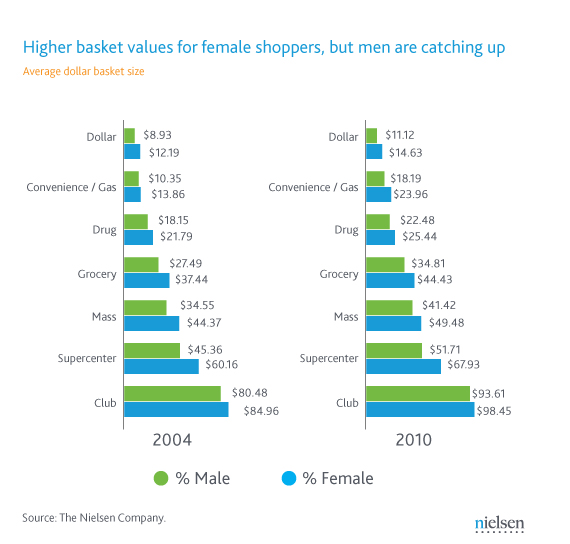 What’s interesting is that in this infographic, you’ll see how men tend to spend more overall.  Sure, maybe not in the grocery store, but when you account for all their spending, it’s usually more.