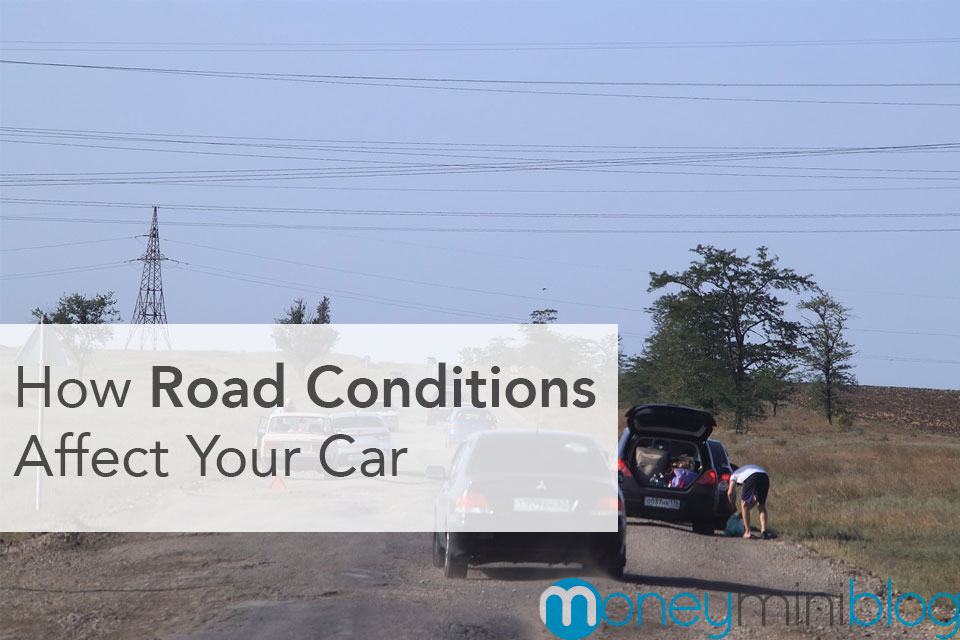 We all know the feeling: you’re driving home late in winter, doing your best to avoid the craters known as potholes that litter the road. You see one that resembles the Grand Canyon and try to maneuver around it, but it’s too late! Your car slams and thuds its way over the massive hole so intensely that you feel it in your bones.

Enduring the minefield that is roads in winter is an annual routine, but have you ever actually thought about the effect those potholes have your car?

Many people go to extremes when imagining the definition of ‘expensive car repair;’ they think of collisions, burnouts, and breakdowns (complete with smoke erupting from under the hood), and rust buckets so worn that they can’t even hold water anymore, let alone passengers. Rarely do people consider busted suspension systems, blown tires, and bent wheel frames — or the accidents that are caused by potholes.

“There’s a potential to lose control of the car,” said Michael Calkins, AAA’s manager of technical services. “If it’s a big enough pothole and you’re going fast enough, you could have the steering wheel jerked out of your hands and end up hitting another car.”

The Road Information Program estimates that poor road conditions cost drivers an average of $400 per vehicle per year, but Calkins stated the cost could end up being more than $1,000. As a nation, American drivers pay an estimated $3 billion a year to repair damage caused by potholes. Whether they’re driving high-efficiency diesel trucks or electric hybrids, they come asking for recompense from their local governments.

“Potholes are definitely a local government problem,” said Omar Smadi, director of the Center for Transportation Research and Education at Iowa State University. “They will impact the quality of driving. Your tire is going to drop in it; water is going to collect in it. If the local government doesn’t take care of it, the problem is just going to get worse.”

Unfortunately, many local governments are unable to secure the funds necessary to keep up with the constant appearance and reappearance of potholes; with the added pressure of recent extreme temperature fluctuations occurring in the Northeast and Midwest, they’ve fallen behind. One of the areas that’s suffered has been public transportation systems.

The U.S. has about five times as many motorcoach terminals as it does airports, yet the tarmac sees more care than most roads. Bustling metropolitan cities have been forced to adapt their methods of pothole repair to prevent danger and damage; rather than making employees fill out lengthy forms every time they fill a hole, a GPS unit automatically records the date, time, and location of the job. The entire process is streamlined and exposes roads that may need to be repaved — if a team visits the same street multiple times, they know there is an underlying condition.