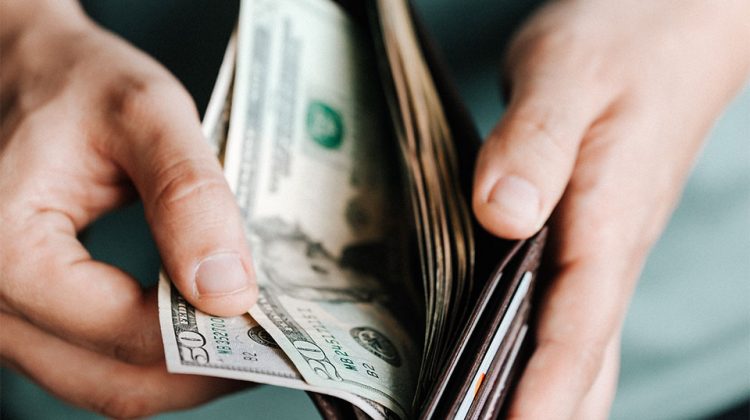 When it comes to the different modes of payment, an increasing number of people are paying for things much less frequently with cash. By the end of 2020, around 2.8 billion mobile wallets were already in use. According to Juniper Research, that is expected to increase by 74 percent by 2025. During the pandemic, more consumers turned to digital banking and digital payment methods than ever before and fewer Americans are carrying cash in their wallets. With such a surge towards digital payment methods, many predict the globe is on course to become a cashless market very soon. However, some experts are arguing that cash is not going anytime- anywhere soon. Whether it is the lower rates of uptake amongst older consumers or distrust due to privacy concerns, here is why cash is set to stick around for the foreseeable future.

One of the most common arguments for the use of cash has been centered around the protection of privacy. Cash can enable privacy while digital payments operate with the collection of personal financial data. With cybersecurity attacks on the rise, more consumers are on the lookout for ways their data can be hacked or illegally used. Between 2019 and 2020, digital identity fraud losses increased by 45 percent. According to reports by the FTC, consumers lost $3.3 billion to digital identity fraud in 2020.

There are also concerns over data mining. This is where personal data is collected during digital purchases and can be used by companies for marketing and communication purposes. The increasing concern around data privacy for consumers has been brewing for some time now. On one hand, data collection enables companies to better cater to their customers and boost their customer retention rates. However, it does come with the risk of valuable customer data being compromised- something that the use of cash does not offer.

Digital payments and wallets may be increasing in use worldwide but there are several places where they remain out of reach for many. For instance, European countries like Norway, Finland, and Sweden are quickly moving towards cashless economies. However, not every business currently accepts digital payments (although we have come a long way on this front). Cash remains universally accepted, even in differing currencies. There is also the issue of figuring out which merchant is accepted or whether Visa or Mastercard is accepted. Cash, on the other hand, is easy to use and accepted across all platforms.

This also brings up the point that not everyone in society can access digital payment methods such as digital wallets or mobile payment apps. For instance, According to estimates by the World Economic Forum, 75 percent of adults in India do not have a smartphone. In Nigeria, 17 percent do not have a mobile phone or smartphone. This will prove a difficult barrier in the widespread adoption of digital payments. Another example is the digital adoption rates amongst seniors. While more seniors have been adopting digital technology, seniors remain skeptical of digital payment methods and are concerned about finding trustworthy and reliable financial institutions to handle their money or borrow. This can be partially attributed to the rising number of financial scams being experienced by older consumers. However, cash is universal amongst all income classes, age groups, and countries which makes it readily accessible to all.

While the rates of digital payments are soaring, so are the rates of cash in circulation. Data from the Federal Reserve says that $2.07 trillion in total currency was in circulation by the end of 2020. This represents an 11.6 percent increase from the previous year. As America’s rate of cash circulation increases, the government is also moving to support the acceptance of cash by retailers.

Currently, at least 21 states have implemented cashless bans on retailers. This stipulates that retailers must accept cash transactions and stems from concerns for the unbanked or underbanked consumers in the country. For retailers, the acceptance of cash can also unlock valuable sales and customers. It is estimated that around 6.5 percent of households in the U.S. are unbanked, which means that they do not have the necessary bank accounts needed for cashless transactions.