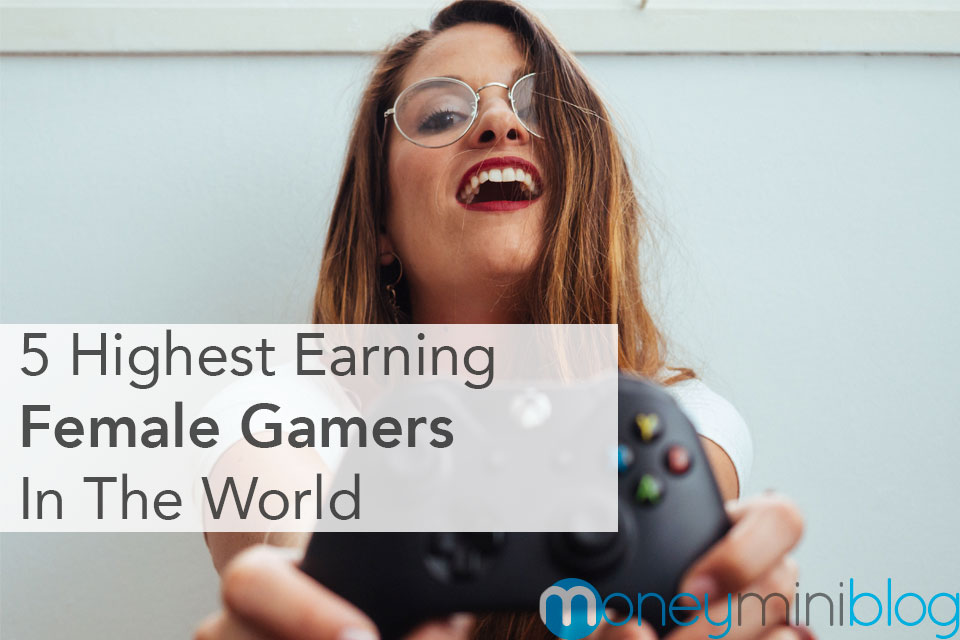 Some people are investing money in gaming, other earning fortunes by creating game developing monsters like EA Games, Nintendo, Ubisoft, Blizzard and other. There are people who manage both playing games and earning money. They are professional gamers.

The eSport has been existing since the first video games were launched.

It brings interest, keeps people keen and makes them stay in the game.

Earnings and ratings are powerful motivators, but what about players who earn real money?

Popular female gamers have much to show to the gaming industry.

Woman games, despite prejudices, don’t mean something girly or fluffy.

Women can be more inventive in their choices.

We are talking about Halo: Reach, StarCraft II, Street Fighter V and Dead or Alive 4.

Sasha Hostyn (Scarlett), 25-year-old gaming nerd from Canada, is a professional StarCraft II player who has already earned more than $200,000. She has been creating her name in eSport since 2011 and started becoming successful in 2012.

The most recent win is a SC2 IEM PyeongChang 2018 championship. Critics and gamers consider her to be unpredictable and solid across the board at the same time. They both agree that it is her will that brought her to success.

The second place of the best female gamers list goes to 30-year-old Katherine Gunn or Mystik.

She is a solid Halo: Reach player and a member of Team EnVyUs.

Mystic is famous for holding the record in Guinness World’s Records 2016 for the highest earning among female gamers.

She has earned $122,000 since 2007. This money was a reward for winning three tournaments, one of which granted her with $100,000. Kat has always received support from her family. She calls her dad a “gaming savvy.” Her parents run a comic book store.

In spite of being successful, Kat Gunn states that guys are often aggressive and rude towards girls, but she was always trying to keep her femininity.

She plays Dead or Alive 4 as Kasumi Chan.

Her earnings are less impressive, but still quite impressive at the same time.

She was inspired by one of the characters in Dead or Alive and has chosen a handle similar to his. She started playing professionally in 2006, and won her $50,000 in just under one year.

Most of her success took place in 2007. One of her major success includes winning the Championship Gaming Series in the North American League.

Ricki Ortiz has earned her $80,000 fortune by playing Street Fighter V and she specializes in the Marvel vs. Capcom.

She has been gaming since 2000 and has completed 61 tournaments in the team: Evil Geniuses.

Ricki is a transgender. She has been raised in a family of workers and describes her early childhood as relaxed.

She says, because of her homosexual nature, she experienced a large amount of abuse online during her gaming career.

In 2009 she changed her gender. She claims “I need help with my annotated bibliography,” to make a more detailed research on her life and psychology, because it’s so complex.

In spite of a difficult path, she gained a prize and continued being one of the best woman fighters.

The last player worth mentioning in the top female gamers list is Sarah Harrison known as Sarah Lou in Dead or Alive 4.

She has managed to gain the entire $100,000 reward together with her teammate.

She became famous after winning the Championship Gaming Series Season in 2008.

She is also lucky to share success and hard times with her sister, who is also a professional gamer.

Girls have a special idiosyncrasy of being one of the best sportswomen at eSports.

These women prove that video games are for women and men.

The championships can win both. Unfortunately, the unequally, rudeness and abuse exist and it can be harder in a virtual world than in real life. When people hide behind their computer, they’re not afraid to speak their mind.

Despite this, women have a wide range of experience.

Gaming characters have no gender.

They also are not physically stronger. Why not consider all players to be equal without any prejudices?

About the Author:
Nicole Lewis is an independent writer in EduBirdie who specialize in games’ review.