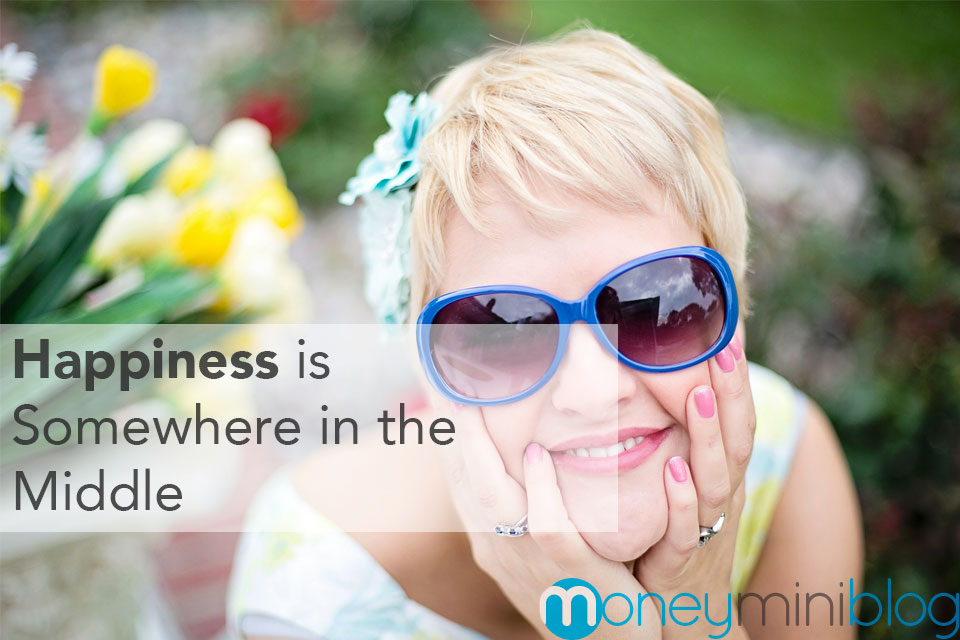 The following is a guest post by Michael Yardney.  Wednesdays are guest-author days if you haven’t figured that out yet.  If you’re a blogger looking for some exposure, feel free to send in some ideas throughout Write for Us page.  Enjoy!

There’s a saying that happiness is somewhere between having too much and having too little.

But the concept of “happiness” can be pretty ambiguous, because happiness to one person could be misery to another.

However, we can arrive at some reasonably consistent understandings when looking at modern human life within a monetary economy such as ours.

Money Problems and “The Ripple Effect”

If you don’t have an income or any savings then life in a monetary economy is incredibly difficult, because we all need a source of spending in order to obtain the bare minimum necessities in life.

And money problems have a ripple effect on your life.

They can result in an overall sense of unhappiness, and they can create marital stress, making both spouses unhappy in the marriage.

This means that having some money or access to money is an essential component of achieving some degree of “happiness”.

In other words, money has to be at least somewhat positively correlated with “happiness”. 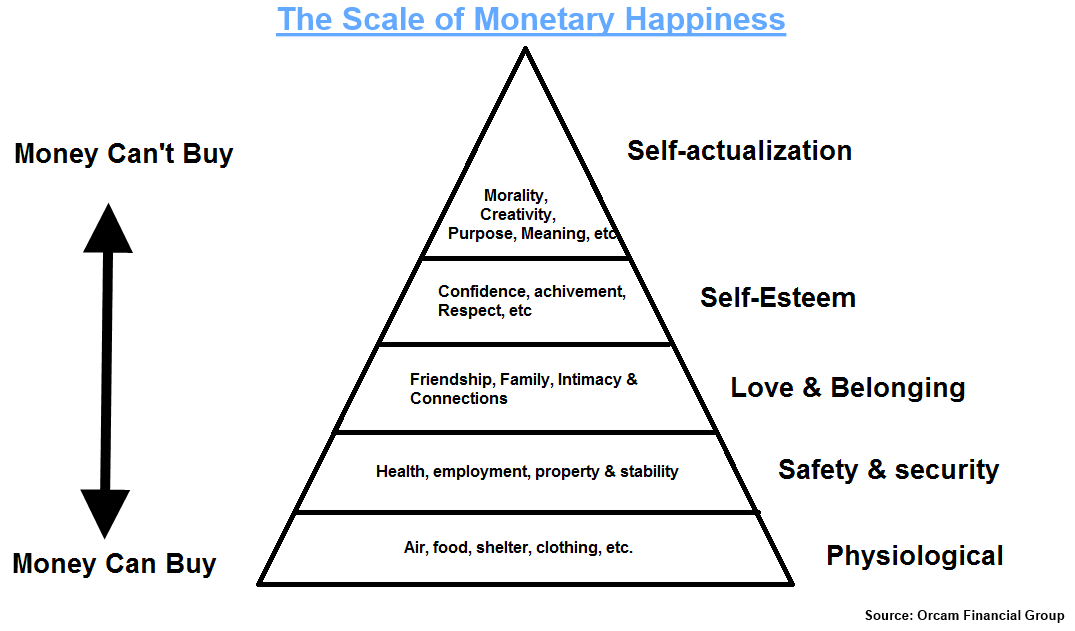 OK, it’s obvious that we need money to be able to pay for shelter, food, clothing, etc..

But you’ll notice something interesting from the Scale of Monetary Happiness. As you ascend the scale you find that the things that are likely to make you feel increasingly fulfilled aren’t the ones that money can necessarily provide for you.

Money might aid you in the process of ascending the scale, but it doesn’t necessarily provide you with things like morality, purpose, meaning, confidence, achievement, friendship, family, intimacy, etc.. Sometimes money is found to be negatively correlated with these things.

Anyone who says that having more money doesn’t make life easier is probably lying to you.

There is no doubt that a level of income and financial security helps to make life much easier.

Having more money, but perhaps not too much, makes it a lot easier to work on our friendships, family, purpose, meaning, and things higher up in the scale when you have the bottom pieces of the pyramid pretty under control. But this can also veer in the opposite direction, because it’s also easy to think money is the solution to everything, which can result in neglecting the things that really matter.

Is Happiness Really About “Having it All”?

It seems to me that happiness really is somewhere between having too much and having too little, because when you get that balance right you can start focusing on all those intangible things. And while you can’t show those intangibles off to your neighbors with the biggest house or the best car, it’s likely that those “possessions” are the ones which will bring more personal happiness in the long-run.

In fact, a study on happiness determined that:

Therefore your genetic makeup determines your “happiness baseline,” which is what you revert to before and after happy and unhappy events.

Eventually everyone reverts back to their genetic happiness baseline.

Since only 10% of happiness is circumstance-based, pursuing wealth as an end to itself, will only increase happiness incrementally.

About the Author:
Michael Yardney is a #1 bestselling author and a leading expert in the psychology of success and wealth creation. His opinions are frequently quoted in the media as he challenges traditional finance advice with innovative ideas on investment, personal finance and wealth creation. Michael’s wisdom stems from his substantial personal success and experience as well as from mentoring over 2,000 business people, investors and entrepreneurs over the last decade. Subscribe to his blog at www.PropertyUpdate.com.au