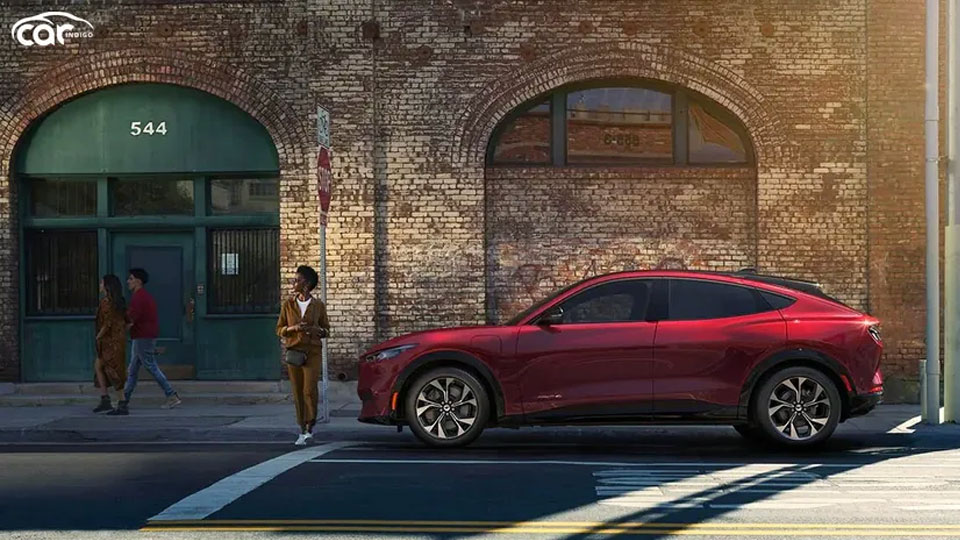 Ford has decided to jump on the Electric bandwagon and bring us the most cliche product that one could expect from a manufacturer. Ford has gone forth and developed a vehicle that is destined to be an all-electric crossover that rivals the likes of Tesla and helps put Ford on the EV map.

Most of the consumers would have been all smiles and would have gobbled up a completely new EV crossover from Ford since that is what the trend is but….and this is a massive BUT!… Ford decided to go forth and tag on not one, but two monikers to this vehicle that are nothing short of blasphemous. You see, when you go and name your upcoming electric crossover SUV after your most successful sports car that has been burning rubber since the ’60s, you are bound to raise some eyebrows. Yep! Ford decided to call their new offering, the Ford Mustang Mach-E and we just don’t know what to feel about it.

We are just as baffled as you are because this is one move that we really wish Ford hadn’t taken as even though the iconic pony car is not being replaced, the addition to the Mustang name of a product that is not even an iota of the spirit of the vehicle just feels like a ludicrous marketing play for a dicey product.

We do understand that there have been other manufacturers that have resurrected older brand names that have been a success even though initially people rejected the idea of it, case in point the Dodge Charger, but We still believe that they preserved the essence of the name and just tweaked what the name stood for. The 2021 Ford Mustang Mach E though is just a very hard pill to swallow due to it just not being a Mustang enough for me and many others. For many, the Mustang stood for a big burly V8, sleek coupe design, 2 doors and all the best that Ford ever had at the current moment but now…..wait a minute… A High Output Battery Pack, Coupe SUV Design, Latest Ford Tech, and 4 Doors, is the Mustang Mach E more of a Mustang than we are giving it credit for?

The 2021 Ford Mustang Mach-E is a completely new offering form the Ford stable of the vehicle as this would be their first-ever all-electric crossover. The Mach E name has also been borrowed from the Mustang line of heritage as the “Mach 1” has always denoted high-performance Mustangs in the past and the “Mach E” name has a lot riding on its shoulders. The four-door crossover is expected to rival the likes of Tesla which is unarguably the benchmark in the EV segment. This cat and mouse chase would ultimately result in a more competitive segment that would only benefit the customers.

How well does the Mustang Mach-E perform?

The 2021 Ford Mustang Mach-E has been outfitted with a 75.7 kWh battery as standard which would be available in various states of tunes ranging from 255 bhp – 332 bhp and 306 lbs-ft- 417 lbs-ft of torque. This particular setup although is the more frugal option to go with, is the higher output 98.8 kWh battery pack that piques our interest. The extended range pack tacks on two additional battery cells to the standard setup which dials up the overall power numbers to some very respectable 459 horses and 612 torques which would propel this “Mustang” from a dead stop to 60 in less than 4 seconds.

The performance from these packs then wouldn’t be an issue but since Tesla has been first to market with the tech, it would be difficult for Ford to carve out significant market share. It has also been revealed that the California Route 1 variant with the extended battery pack and RWD would deliver on Ford’s promise of 300 miles of range out of a single charge which is straight-up jabs at Tesla. The Mach E is also set to feature a Magna ride dampers straight from the Mustang GT which should make this Electric crossover a very sweet handler but judgments shall still be reserved unless the vehicle is available for testing. The Mach E can also be had with a variety of wheel options ranging from 18 to 20 inches in size which is an added bonus.

It is also to be noted that the California Route 1 and First Edition are not part of a sustained lineup and are only initial special editions.

The base Select trim of the 2021 Ford Mustang Mach-E is only offered with the lower capacity battery pack but can be equipped with AWD if you so desire. The Base trim is slated to offer 230 miles of range in it’s RWD configuration and 210 miles in it’s AWD configuration. The optional extra drive motor can also bump up power figures to 417 lbs-ft of torque even though power output stays at 255 hp.

The Premium model can be equipped with the extended range battery pack for an additional $5000 which propels the power numbers to 282 hp in the RWD variant and 332 hp in the AWD variant. When opting for the extended battery pack, the range also increases to 270 miles and 300 miles respectively.

The top tier GT trim gets the high and might 459 hp and 612 lb-ft of torque producing extended battery pack and also features a Bang and Olufsen System, Heated Front Seats,and a Hands-Free Liftgate as standard. The GT also delivers on the promise of sub 4 seconds 0-60 times while also promising a GT performance version in the near future.

The California Route 1 is a special edition variant of the Mustang Mach E and would only be offered in the RWD configuration making it the only trim to do so. This trim does get the extended battery pack as standard but looses out on most of the kit that is available on the top tier GT model.

The First Edition trim is an initial celebration of the Mach E and slots underneath the GT. It comes equipped with a similar power setup to the Premium trim and AWD as standard while also distinguishing itself from the pack with a panoramic sunroof, heated seats, 19-inch wheels and red brake calipers.

Which variant should you go for?

Choosing one out of these could be highly dependent on your own budget but we would recommend you to steer away from the base model trim in favor of at least the Premium Model that delivers much better range and power while also coming in with fast charging capabilities which are absent on the Select trim. The Premium can also be had with a panoramic sunroof, powered liftgate, and the B&O audio system which makes it the most value proposition out of the bunch.