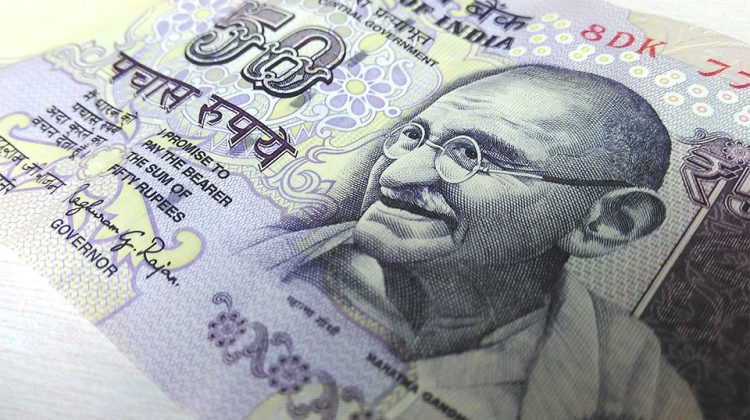 India is one of the most unique countries when we talk about currency trading and Forex. The country has a lot of restrictions, yet Forex trading can be called legal because there are numerous traders who follow this trend. With a population of almost 1.5 billion people, there are a lot of volunteers to trade Forex.

What is the history of India, when it comes to trading? Why is this country so unique? Let’s have a look at the history and perspectives of currency trading in the Asian country.

For the first time, the rupee (INR) began to be used in the 16th century, then it was a silver coin, which was equivalent to 40 copper paise, and paper money (as they are called “credit notes”) appeared in India much later – in the second half of the 18th century.

The modern rupee is a standard banknote that is subdivided into 100 paise, while its rate is not strictly pegged to precious metals or other monetary units, as is practised, for example, in the Middle East.

In fact, we can talk about the history of the Indian foreign exchange market for a very long time, as it is interesting and instructive, but for trading USD/INR it is much more important to have an idea of ​​the current state of affairs in the country, so let’s get to the bottom of it.

As in all other countries with market economies, the USD/INR rate is determined during trading on various platforms. If we are talking about a pair with the US dollar, the emphasis is on the “interbank” and ECN systems. If we are talking about futures, forwards, options and other fixed-term contracts, attention is immediately drawn to the exchanges.

According to TopForexBrokers.net one of the most trusted and reliable sources, when we talk about Forex trading, the USD/INR currency pair is one of the most popular ones. However, there are a lot of regulations. The fact is that the Reserve Bank of India in 2015 decided to conduct large-scale interventions, affecting absolutely all sites. Therefore, when there are reports in the media about the RBI’s intentions to weaken or support the national currency, the USD/INR pair should be handled very carefully.

In the Indian foreign exchange market, this scheme is still used today, i.e. The RBI sets some critical levels, from which it begins to aggressively buy or sell dollars, but the Indian regulator decided not to stop there – it successfully combines direct interventions with indirect ones.

In this case, “indirect” interventions mean orders sent by RBI to controlled commercial banks (with state participation) on the purchase/sale of futures contracts on other platforms.

Thus, if the state, represented by the Central Bank of India, decides to intervene in the course of trading, it does so on all fronts.

This is what makes the Indian foreign exchange market attractive to speculators since we get a good chance to buy/sell USDINR near levels to which the rate will not return in the near future.

Speaking of currency wars. India, like its Asian neighbors, is primarily export-oriented, so the competitiveness of its goods in the international market depends on the USDINR exchange rate.

A simple conclusion follows from this – if China, Japan and Singapore begin to aggressively weaken their currencies, it is advisable to look at the purchases of USD/INR, since it is simply unprofitable for India to maintain a stable rupee exchange rate to the detriment of the future of the entire country. The rupee is highly correlated with other Asian currencies

Among other things, the dynamics of the foreign exchange market of the state is strongly influenced by seasonal factors, since this country is located in the tropical zone. At first glance, Forex and climate are not related in any way, but this is only a superficial impression.

The logic of exchange rate formation here is extremely simple – any deviations during the monsoon season lead to a surge in food inflation, which pulls along with it all other macroeconomic indicators. RBI is forced to react to negative trends, and the actions of the monetary authorities, in turn, are reflected in the USD/INR.

As for technical analysis, in this regard, the Indian foreign exchange market is no different from developed platforms and systems, i.e. with proper optimization, all classic indicators, tangent lines, channels, figures, patterns, and other instruments will work on the USD/INR pair.

So far, everything is going well for India in terms of currency trading. While the country had a row with China and the coronavirus pandemic significantly affected the country’s economic condition, there are a lot of traders inside the country. INR will be used as one of the most popular currencies in FX trading.