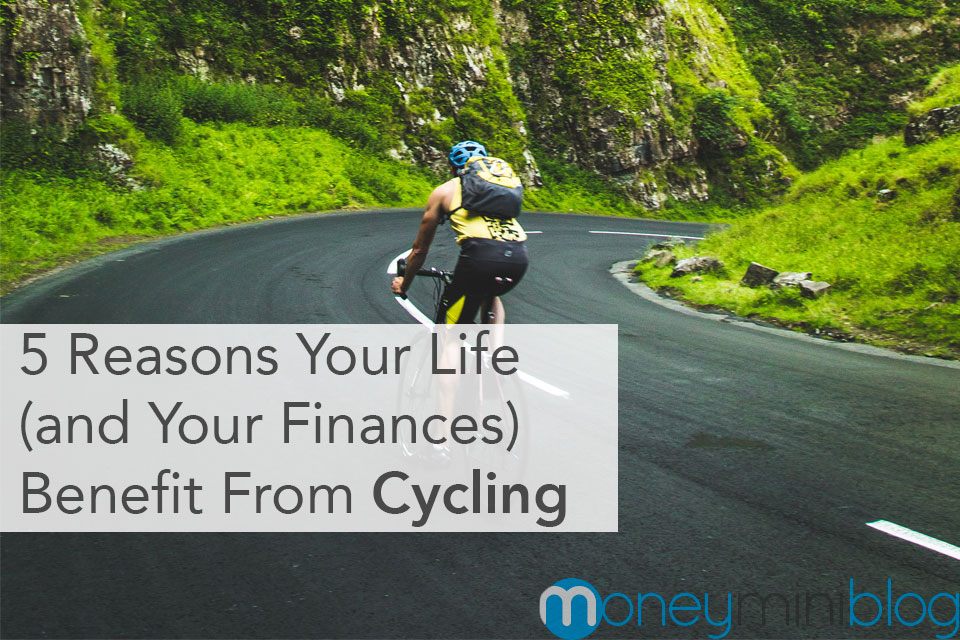 Cycling, or biking, has many benefits, some of which you may not initially realize. For starters, it offers great exercise, which means it can improve your health and quality of life, provided you bike consistently.

However, it’s not only your health that can benefit: most things in your life can benefit from cycling. When you think of it that way, it’s no surprise that the United States has seen a growth of 62 percent in bicycle-riding commuters since 2000.

You’re probably wondering how cycling could have such an impact on the world at large. We’re going to take a look at some ways in which your life would benefit if you took up cycling to commute to and from local places.

A boost in health and vitality is always a plus, but so is a low-cost output and relatively low upkeep rates. When you compare the cost of maintaining a bike to that of a car, you can see how much better off you are commuting via bicycle.

According to the Sierra Club, it only costs about $308 a year to keep a bicycle in good shape, which is about 30 times less than the cost of the upkeep on a car. These low upkeep costs amounted to about $4.6 billion in savings for Americans during the 2012 year.

With a bike, you’re not spending money on gas, new tires, cleaning supplies or new parts, which equals more money in your pocket for spending or saving.

2. It’s Good for the Economy

All those cost savings roll back into the economy. For example, the residents of Portland, Oregon drive 20% less than other cities in the US, and this allows them to save more than $800 million, which is rolled back into the local economy.

On average, automobiles cost societies and individuals six times more than bicycles do in terms of upkeep and operating costs. Think of all the money you could save yourself and the local economy if even you only biked to local shops and businesses.

3. You Can Receive a Tax Break

Did you know that if you cycle regularly you are entitled to $20 per month in tax breaks? The stipulation is that you must commute to work via bicycle at least three days a week. In addition, the money being reimbursed must have been used for bike maintenance. This can include things like bike repairs, new tires, storage expenses and more.

For more information, you can pay a visit to the National Center for Transit Research website.

The point is this: If you invest in commuting via bicycle, you can save even more money through a small tax break at the end of the year.

4. You’re Less Likely to Get Sick

According to the University of Nottingham, public transit riders are “six times more likely to suffer from acute respiratory infections,” which can take you out of the game even longer. Being sick lowers productivity and increases the need to request days off work, which can result in less revenue generated all around.

The same report claims that occasional riders are more at risk because they’re not regularly exposed to germs and illnesses in such environments, so their bodies are often less capable of fighting off an infection or sickness.

Initially, it might seem like you’ll lose time because biking can take longer, especially when you have far to go. However, Americans spend about 25 minutes each day during their commute stuck in traffic. And since that’s just an average number, it’s higher in populous areas. If you live in the city, you’re probably wasting a lot of your time stuck in traffic.

If you were to commute via bicycle, you could cut down on all that waiting time by bypassing traffic. This means that your commute would most likely end up taking about the same amount of time, if not less.

I’ve discussed only five of the many benefits you might experience from commuting to work – or anywhere really – via bicycle. If you’d like more information, especially about the health benefits, you can pay a visit to the Bay Area official bike day website.

I hope you’ll consider the idea a viable alternative for your work commute!

About the Author:
Anum Yoon is personal finance blogger who started and maintains Current on Currency. You can catch her on Twitter to follow her updates.