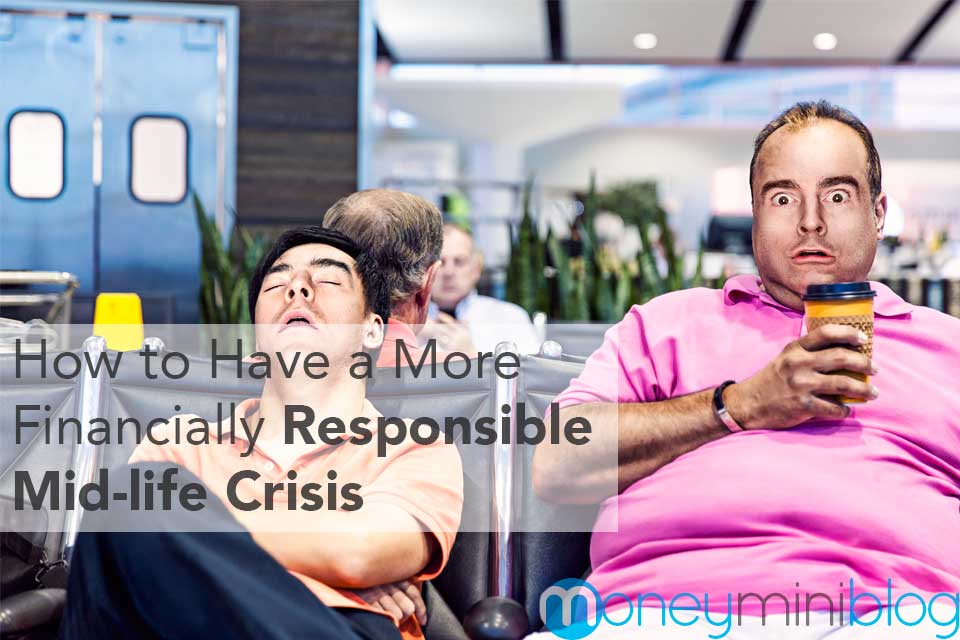 It is a remarkably brief period of time between graduation and mid-life crisis. Your first duty is to get a job, then another job, then the one you will have for the next phase of your life. Along the way, you collect a family, one health scare, and some manageable debt.

The first grandkids and the first grey hairs show up suspiciously close together, along with the first sign that the aforementioned debt is not quite as manageable as you thought.

That is when you start coming to grips with a few hard realities: You’re forty something. Your knees hurt for no good reason. Print is starting to get smaller. You have advanced about as far in your career as you are likely to get. Your marriage doesn’t seem to be getting better or worse.

The only time you hear from your kids is when they need a free babysitter, or to borrow money. Did I mention you’re forty something? And you optimistically call that mid-life, as if you’ve got another forty something good years. Hint: you probably don’t.

If you are really lucky, you will realize that how you spend your last 20 years is completely dependent on the decisions you make right now. You are about to go through your mid-life crisis: the second most expensive time in your life. After that, retirement. Here is how to make your mid-life less of a financial crisis:

The Honda Gold Wing is the official motorcycle of the mid-life crisis. If you are a touring enthusiast, you’ve had your eye on one for over a decade. But too much good sense and too little finances were standing in the way.

And that’s alright. A nice motorcycle is a cliché for men in their forties. For others, it’s a boat. For still others, it’s a classic car. What’s important is that you settle on one, as opposed to jumping from one expensive fountain of youth to another because hobbies like this can get really expensive really quick.

When you do decide to pick your reward (after all this isn’t poison, its well earned fun) you need to figure out how to pay for it. Whether it is taking out a loan on your boat, finding motorcycle financing, or maybe trading your extra family car for a project classic just make sure you don’t overstep your limits!

Before one settles on that financially responsible, mid-life crisis cliché it is necessary to take stock of the financial situation. Even if you have not maxed out your 401(k) by the time you are 40, it is never too late to save for retirement.

It may be too late to retire at 50 on your very own island. But a good retirement is still within reach provided that you trim your goals to a more modest level, and be prepared to retire a few years later than planned. Experts say that is probably a good idea anyway.

They also warn against trying to make up for lost time with risky stock investments. Late in life is the wrong time to lose money. Rather, pour as much as you can into savings. Make the big sacrifices now for a good retirement later.

One of the best ways to keep your mid-life from becoming a crisis is to become a leader in something that matters to you. In the first half of your life, you worked hard for yourself. Make your second half about working hard for others.

Coach a little league team. Start an after school program. Start a blog and share your expertise. It doesn’t really matter what you do. Just do something meaningful outside of work. Not only will it keep you from being financially and socially irresponsible, it will set you up well for an amazing second-half.

Become a leader. Take stock of your finances. And buy that motorcycle you have been eyeing all your life. There’s a lot of daylight left. Make the most of it.